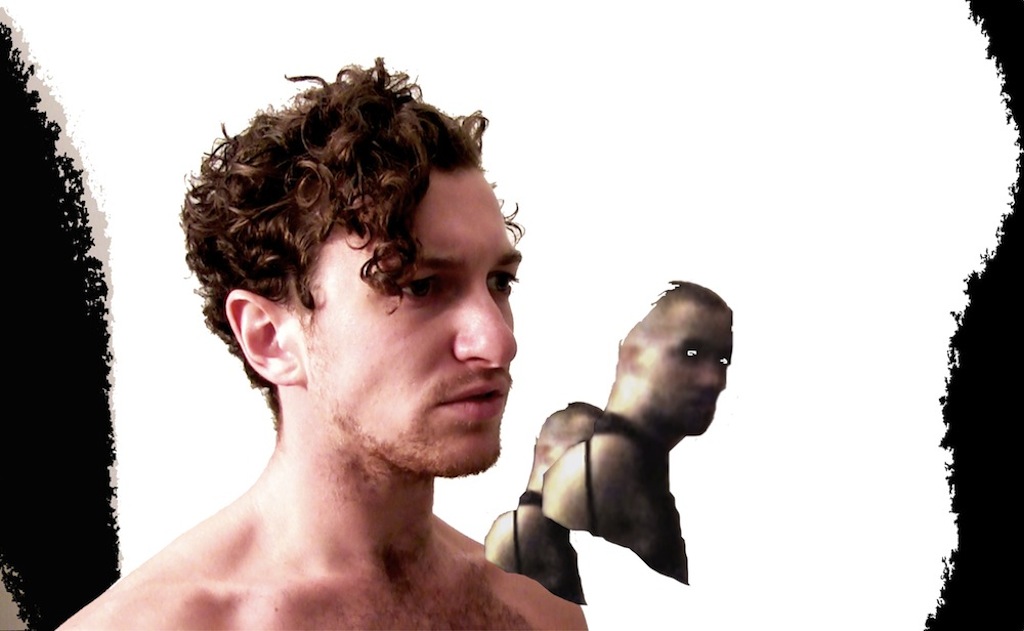 Art Rock duo, Happy Lives  (Julian Beel & Mike Lande), make self-described stripped down “neo pop”. Though much of what they do is conceptually bare bones, the result is invariable addictive–an amalgam of lo-fi grit and musical complexity. Their newest single and accompanying video, “Marry Me”, follows suit with what they do best, with a slow, grungy bass lines anchoring the track throughout, minimalist electric guitar melodies, crashing drums and Lande’s dry, straightforward rap bringing the whole thing together like super glue.

The video focuses on Lande as he recites the track’s lyrics. Getting up close and personal with him in this manner sucks us into his psyche like a siren’s call. It appears as if he’s truly attempting to communicate something to his audience, adamantly and sincerely. I’m not sure quite what it is he’s conveying, however that’s part of the video’s mystery and charm, and keeps me pressing replay over and over again. Its overall simplicity, focus, and beguiling aesthetic puts it smack at the top of my best-of list for 2014.

The band will be performing on 12/14 at Baby’s All Right.