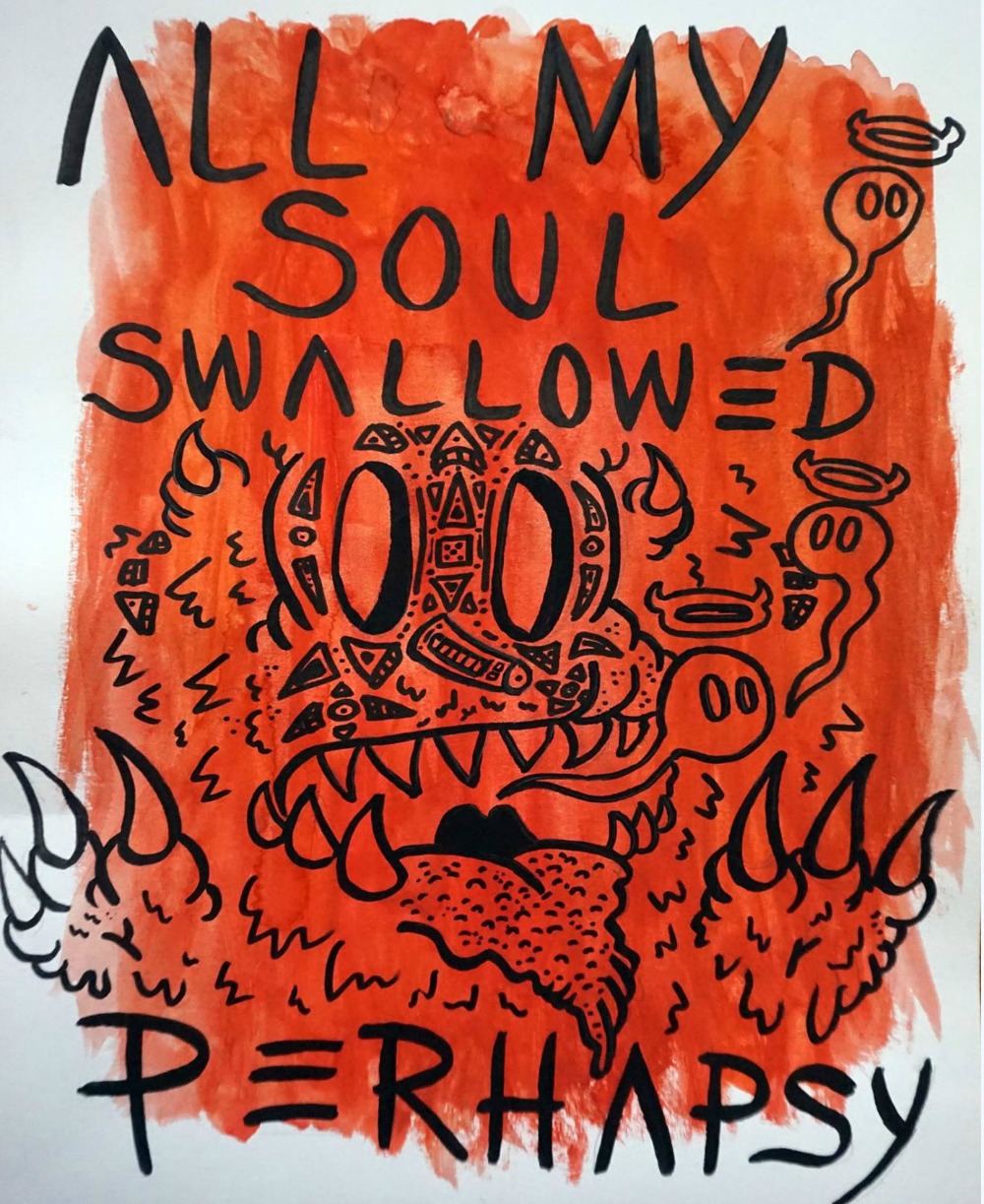 Perhapsy is the main musical project of Derek Barber, a musician from Oakland, CA who has also contributed to bands like Astronauts, etc., In Watermelon Sugar, Chyristian Rawk, Anna Ash and The Winston Jazz Routine. “All My Soul Swallowed” is the first single from Perhapsy’s upcoming sophomore album, Me Tie Dough-ty Walker.

The track is a serene look at the end of a one-sided relationship, starting out with a psychedelic swirl before settling into an easy beat. Guitars are heavily featured in the song, playing simple but rhythmically interesting parts under Barber’s soothing voice. His tone expresses sadness at a friendship’s end (“The ashes raining down on me and you”), but not surprise (“You needed someone to come to, and I knew it from the start/ Now that this friendship’s over, I’ll pretend to play the part”).

Me Tie Dough-ty Walker is set for release on March 3rd. Check out “All My Soul Swallowed” below!