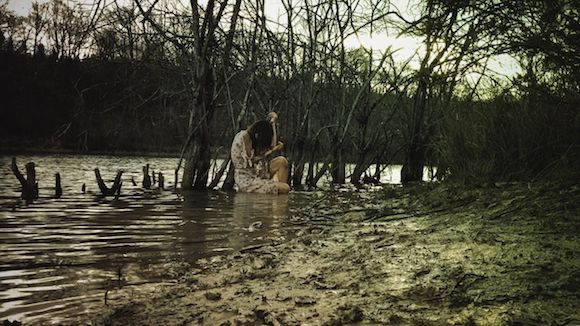 It’s hard to peg down Sera EKE. As a self-described “artist who self-produces, pretty much, everything – including music, video; photos, artwork”; her work comes in tidy packages, complete with stark, often terrifying imagery. Her new video for “White Room” follows previous incarnations of work from 2017’s EP Coup Coup Coup!

“My hands can’t be trusted / My memory’s adjusted / Put a hand on my body / If I break out of obsession”. There was a mania in Sera’s last effort that’s missing from “White Room”; replacing the frenetic energy is a sensuality, a boldness that feels fresh. Listening to the song, you’re taken to the dark rooms inside the video, you’re blindfolded and left to wander. 90s slow jams are a prominent influence it seems, but Sera’s take feels altogether her own. This is a track for a modern Brontë sister, a woman obsessed.