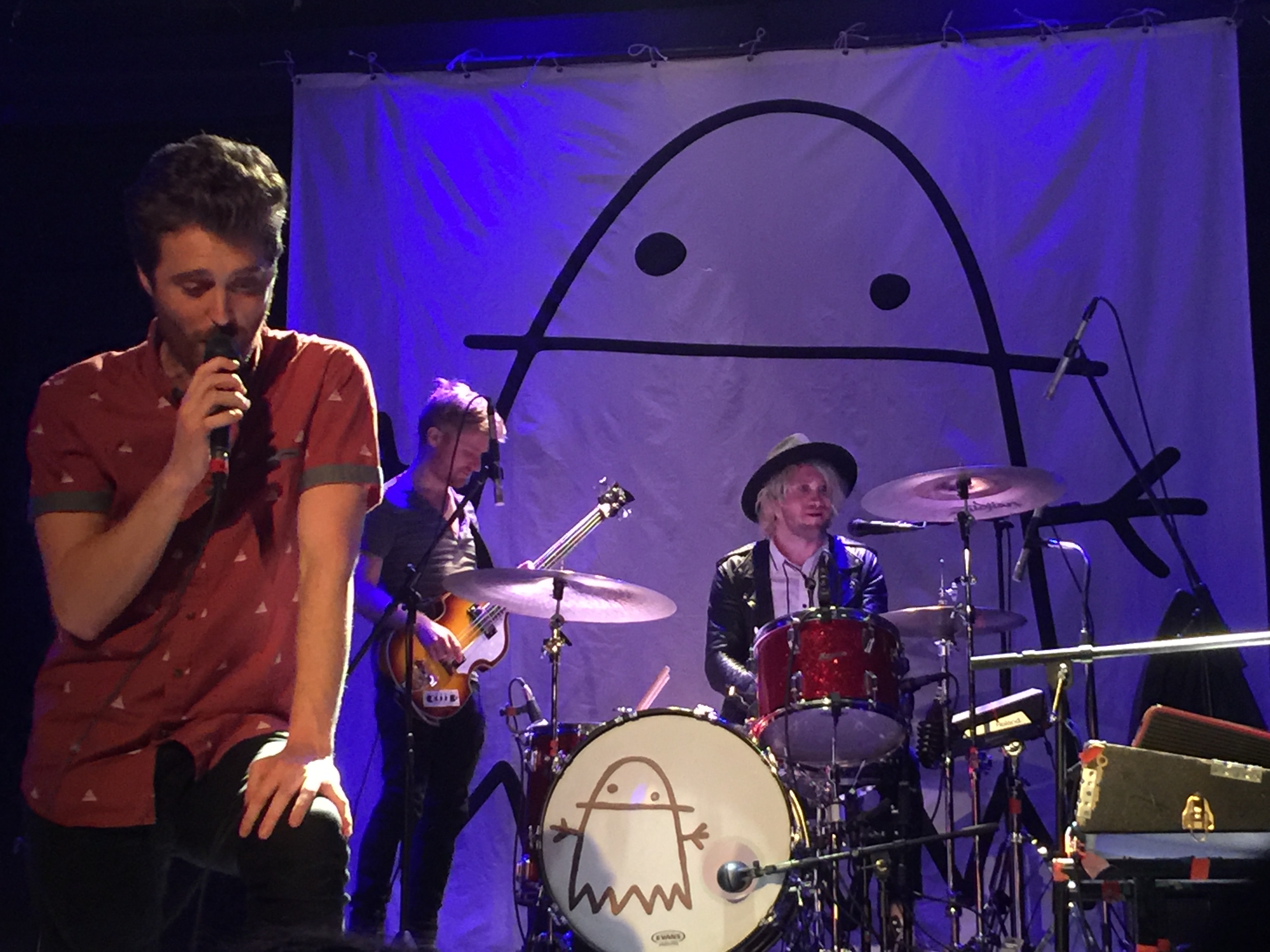 At Jukebox the Ghost’s Tuesday night Bowery Ballroom show, the commentary was as entertaining as the music itself. As the DC-based power-pop trio known for its intricate piano intros and energetic hooks performed a combination of old hits, tracks from its 2014 self-titled album, and not-yet-released numbers, vocalist/pianist Ben Thornewill narrated the evening with a self-awareness that broke the unspoken musical fourth wall, creating a concert and comedy routine rolled into one.

The fourth wall isn’t a concept typically applied to concerts, since it’s customary for bands to acknowledge they’re in front of an audience. But there is an invisible boundary — a sort of fifth wall — that dictates what band members do and don’t mention during live performances. It’s the wall Thornewill broke in the beginning of the set when he said, “This is being recorded, so f*ck me” and again later when he announced, “We’re gonna play a song we haven’t played in a while, and then we’re gonna get weird.” 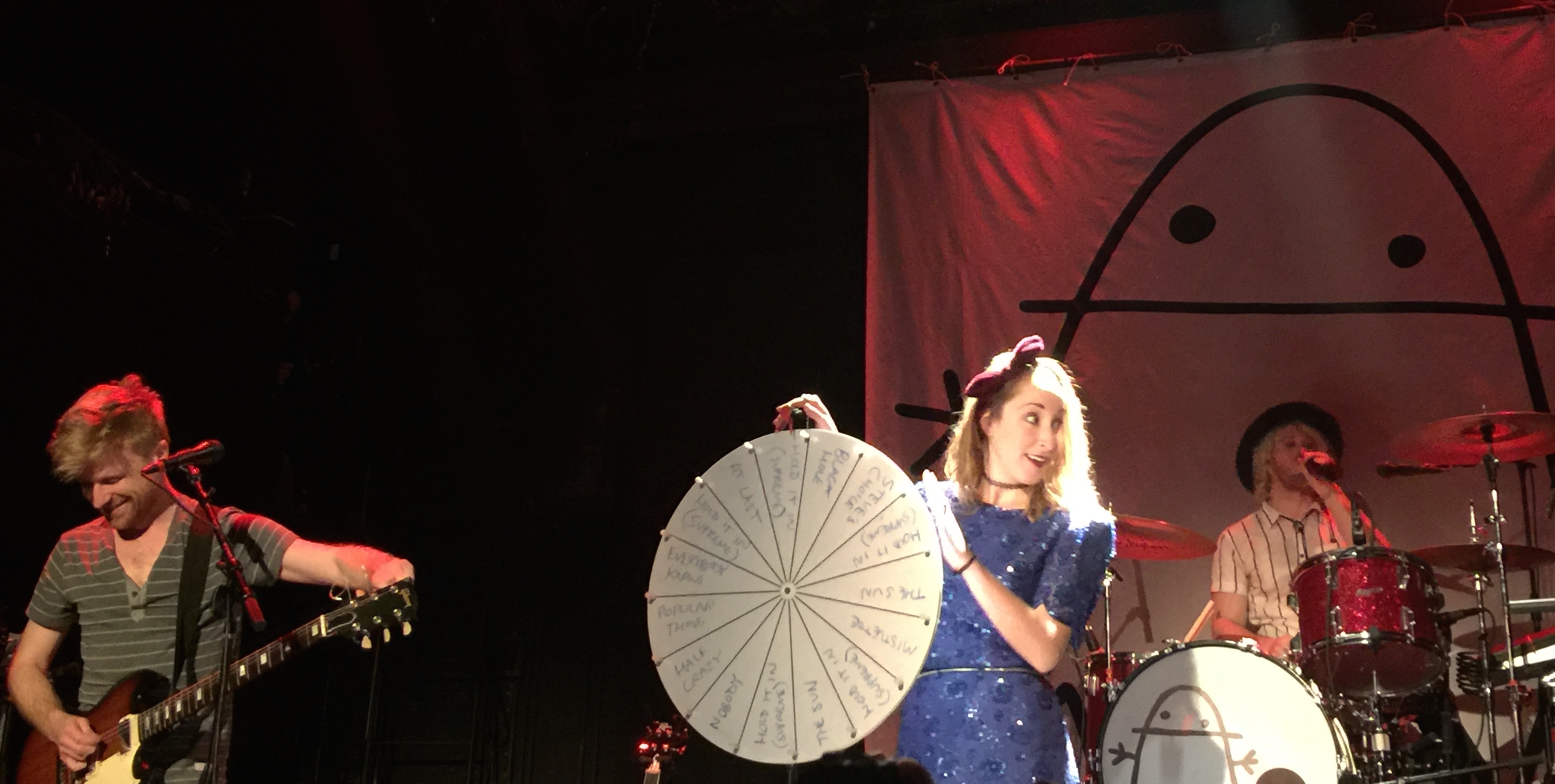 This “weirdness” took the form of a wheel with song titles all around it, which an assistant named “Dinky blossom blossom” spun to determine what the band would play. One item on the list was “Steve’s choice,” relying on the assumption that there’d be a Steve in the audience (there wasn’t). Another was “Hold It In (Supreme),” a rendition of the infectiously peppy track from the band’s 2008 debut album in which the members swapped instruments. While that performance was inevitably a bit sloppy, Thornewill admitted he was proud they even got through it, and the gimmick was worth the compromised quality. 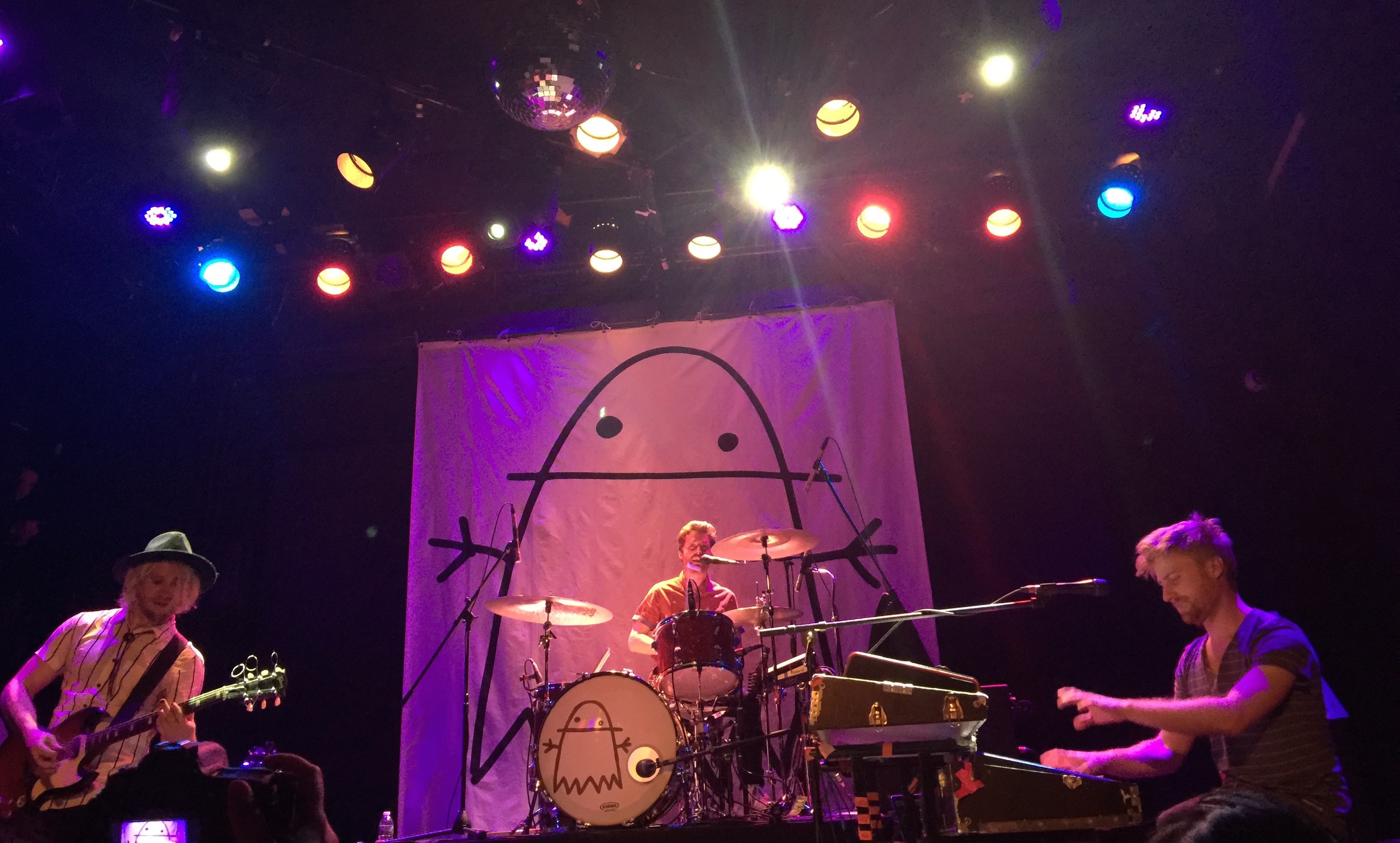 This is a band with consideration for its audience — and not just the imaginary “Steve.” At your typical concert, the headliner will get up, play its set, and expect applause unconditionally. But between dancing in their seats, joking about doing taxes backstage, and telling attendees they were “doing great for a Tuesday,” Jukebox the Ghost’s members worked hard to retain their fans’ attention. Thornewill even put himself in the crowd’s shoes. “I know it’s scary because you paid to be here and it could suck,” he said before playing the delightfully catchy unreleased “Keys in the Car.” “But that’s a risk you’re willing to take.”
Before closing the show, Thornewill broke the fifth wall once again by announcing, “I’m not talking to you like you’re dumb. There’s more than one song left” and explaining how the encore would work.
After 13 years of making music, Jukebox the Ghost is picking up speed and gaining popularity — at least if the head-bobbing fans who sang along to poppy crowdpleasers like “Girl” and “Postcard” were any indication. My only hope is that as the band rises to fame, it never ceases to break concert conventions and “get weird.”