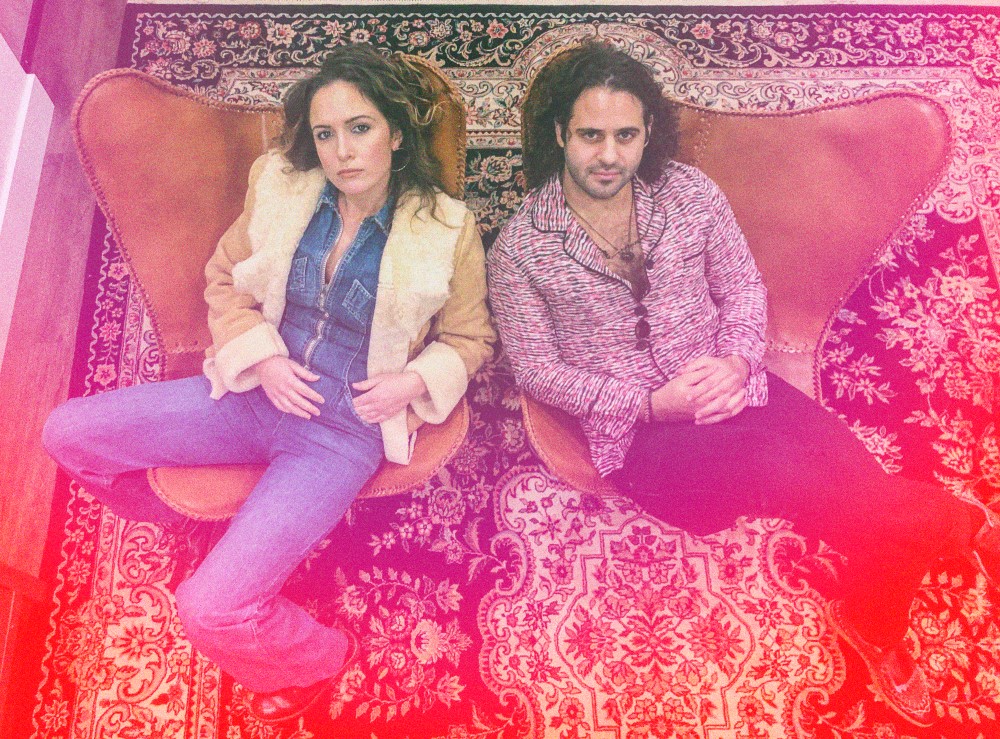 We’re living in strange times, where the internet age has taken on an entirely new meaning, thanks to the coronavirus and social distancing. This makes the latest single from NYC electro-rock duo Satellite Mode, consisting of Jessica Carvo and Alex Marko, especially timely.

“Click Now,” off the band’s EP Robots Vs. Party Girls, to be released this summer, is about “cutting through the haze of modern life to foster connection,” says Carvo. “It paints a satirical picture of a tongue-and-cheek dystopian future, calling our listeners to strive for clarity and purposeful living in our detached world.”

“Hey kid / your life is now or never / you can have everything we choose,” she sings in the catchy chorus. “Hey kid / click now for your new future / there is no future left to lose.”

The video features lyrics flashing across various screens, depicting how “technology is always stalking us, lurking in the background and informing a lot of how we interact with the world,” says Marko.

The role of technology in our lives has always been a topic of interest for the duo; their original band name was Aeroplane Mode (a riff on “airplane mode”). But the idea for “Click Now” came to them while they were on tour. “Alex and I noticed the stark contrast between our lives on the road, where adventure was so tangible and present in the physical world, versus everyone living their ‘best life’ while glued to their iPhones, comparing themselves to others on social media, all the while being sold to and surveilled,” says Carvo.

Carvo describes the EP, which combines traditional singer-songwriter roots with dance beats, as “a cry for truth and transparency,” which is particularly relevant today, when accurate information is crucial for our health and well-being. “There’s no time for dancing around the heart of the matter — we are vulnerable, and it’s dangerous for us to be scrolling through any curated feeds of partial lies,” she explains.

The title Robots Vs. Party Girls was inspired by two alter egos of Carvo’s, one of them being a “party girl” named Stacey. She’d evoke this character when she wanted to sing with “a little hoopla and eccentricity” instead of her usual “matter-of-fact or stoned-sounding” vocals. “I like to imagine her as a 1994 party girl with bleach-blonde hair, tied up with a hot pink scrunchy, colorful cocktail in hand,” she says. The other alter ego, the robot, is the monotonous voice you hear in “Click Now.”

“The Robot (algorithms) and the Party Girl (influencers) symbolized two archetypes in social media that serve to mask and disrupt real truth and connection between humans,” says Marko. “We saw that to be truly happy, we had to use technology to connect with people instead of using it as a tool to project what we think our lives should be like.” That’s a message many people could benefit from hearing right now, whether they’re party girls, robots, or a little bit of both.