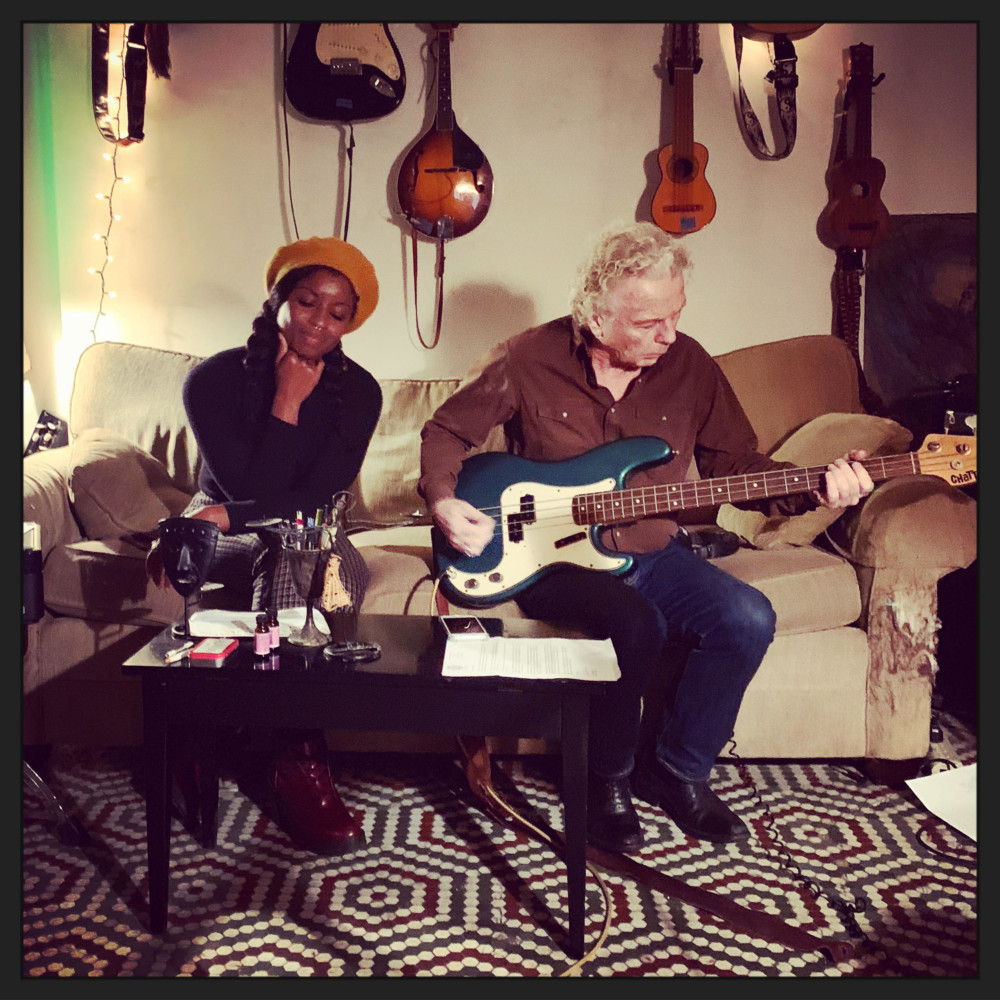 Patti Smith’s voice is a hammer striking an anvil, her songs often come across as poetry set to a tune. In the era of fake news, Smith’s work has come into the spotlight: she has been nominated for induction into The Songwriters Hall of Fame, performed at Pathway To Paris (a nonprofit trying to bring awareness of climate change), and even called President Trump an “uneducated man.” Written by Smith and her late husband, Fred “Sonic” Smith, 1988’s “People Have The Power” is considered a classic protest song. The perfect song to dust off in the melee that is 2019.

Seattle’s own Renee Holiday teamed up with Nigel Harrison (of Blondie) for a true cover of Smith’s “People Have The Power.” True in the sense that it uses the material in a fresh, subversive way. Patti Smith’s original recording is raw rock n’ roll, while Holiday manages to infuse hope into every note. From the first “I was dreaming,” Holiday’s voice takes the form of a warm trickle of water: smooth, comforting, confidant in its path. While Patti commanded the audience to remember their power, Renee gives a gentle push. And in a world on fire, we could all use a little gentle ribbing.

Watch AudioFemme’s exclusive premiere of “People Have The Power” and read our interview with Renee Holiday below:

AF: Tell us about your childhood. When did you first take an interest in music and how did that lead you to the work you create today?

RH: I grew up in a very musical household so it’s no surprise that I took an interest in singing at a very early age. My family always tells me cute stories of me forcing them to be my audience for at-home concerts and performances. I also clearly remember watching a performance of Sade when I was around the age of 5 or 6, and knowing right away that I wanted to be a like her. I wanted to float around stage while serenading whoever would listen, so that’s what I did!

AF: You’re a Seattle native – what’s the music scene there like nowadays?

RH: The scene in Seattle is pretty eclectic. There’s definitely something for everyone!

AF: You’ve recently changed your stage name from Shaprece to Renee Holiday. What was the catalyst for this change?

RH: I had the idea to change my name years ago but the timing felt right, now. The break from performance that I took allowed time for me to meditate on the idea and when I started working with this new team and label, it felt like the right time to make that decision.

AF: Will the music be altered as well?

RH: The music is still very true to my voice and story but the production and direction has evolved.

AF: Your live performance has an incredible amount of tension to it (we were enthralled with your Sofar performance). How do you ready yourself for performance? Do you have any rituals before a show?

RH: No particular rituals but I do have a tendency to become very quiet and reserved right before a set. I think it’s my mind’s natural way to preserve every ounce of energy for my performance.

AF: You incorporate a variety of instruments into your live performances. When you’re writing songs, do you normally think: “Ok, and here’s a brass section” or “I want a harp to back me up on this one,” or is it something that comes in later during production?

RH: Production is always a collaboration of sorts between myself and my producer(s). Sometimes the producer will place unusual instruments to the production and I’m like woooow, I never would have thought of putting a banjo on this! Sometimes I phantom hear instruments while the track is being made, and suggest adding whatever that may be. It really all depends on the mood and the energy of the song.

AF: How did this “People Have The Power” cover come about?

RH: I was catching a flight to New York for a vocal session, and I met a very eccentric man by the name of Roger Greenwalt. He was dancing around the back of the plane with noise cancelling headphones and I just knew we would get along! I ended up moving seats next to him for the remainder of the flight, and we quickly found that we both have grand ideas when it comes to creating music. Next thing I know, he invited me to sing on a compilation album for his label Petaluma Records (which is now my label home). He explained to me that the compilation was a collection of protest songs and of course, I was immediately interested. When I showed up to his studio later in the week, Nigel Harrison of Blondie was there working on the track as well. I felt so honored that they both trusted me to carry the power of this song.

AF: Have you always been a Patti Smith fan?

RH: Actually, I didn’t realize how much of a fan I was until I was asked to perform the cover. I had so many jaw dropping a-ha moments once I traveled down the Patti Smith rabbit hole. She’s a legend!

AF: What was it like working with Nigel Harrison?

RH: He is so kind, and such an encouraging person to work with! He complimented me on my professionalism, ability to learn a song on the spot, and perform it with confidence. I was majorly flattered and appreciative to get that sort of feedback from Rock Royalty. He has written some majorly ICONIC songs that I absolutely love so needless to say, I was honored to be working with both Nigel and Roger!

AF: If you did an album of covers as Renee Holiday, what would be your top tracks?

RH: I can’t pinpoint exact tracks because I have so many favorites but I can say that there would definitely be some Amy Winehouse, Bjork, Sade, Minnie Riperton, Stevie Wonder, Radiohead, Bill Withers, Jazmin Sullivan…

AF: Is a Renee Holiday album in the works?

AF: When and where can we see you live?

RH: If you happen to be in Seattle between November 7th and December 1st, you can catch me at the Can Can Culinary Cabaret in historic Pike Place market for my residency, “Beautiful.” The show’s concept is based on life transformation and rebirth which is definitely something that we can all relate to. I’m excited to showcase the transition from Shaprece to Renee Holiday through song, stunning visuals, and an incredible dance team!

A portion of “People Have The Power” proceeds will go to headcount.org.