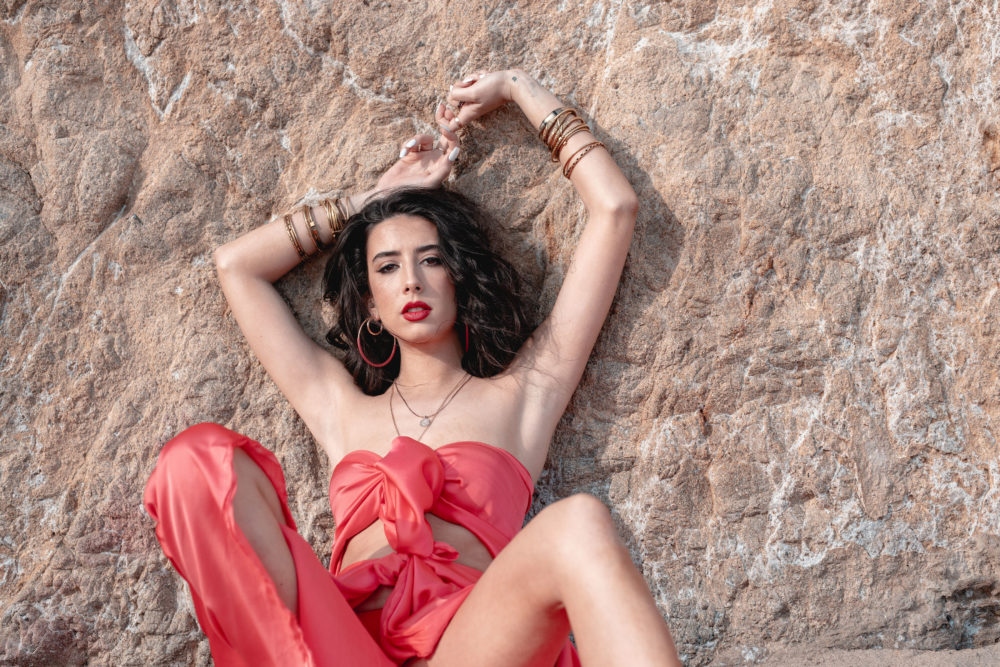 When you listen to Naïka’s music, you’ll feel like you’re in a club on a beautiful summer night during a vacation in a foreign country — though you’d be forgiven for not knowing which country. The singer is of French and Haitian heritage, was born in Miami, and has lived in Guadeloupe, Kenya, South Africa, Vanuatu, and more, and her musical influences are as eclectic as her background.

This is evident on her debut EP, due out later this summer, and includes French and Creole lyrics; she describes it as a “merging of world and pop music.” The collection includes “Vultures,” a sassy, catchy single released in April, with straightforward, classic pop songs, Latin and Caribbean influences, and poignant lyrics throughout, showcasing Naïka’s breadth and depth as an artist.

But the highlight of the EP is “African Sun,” a gorgeous and uplifting homage to Naïka’s Haitian descent. She penned the song — the first she wrote in Creole — in response to riots taking place in Haiti last year, and is releasing it in May to celebrate Haitian Heritage Month. She also plans to celebrate with an online performance.

“I’m very connected to my Haitian roots. [“African Sun”] was a little bit inspired by the instability and turmoil in Haiti,” she explains. “Also, in my life at the time, I was very lost — my music wasn’t getting released and I was still finding myself.”

Naïka, a Berklee College of Music graduate who’s heavily involved in songwriting and production, recorded herself singing the melody on a plane when it first came to her. The chorus contains a message of resilience: “All of these demons get rough/They never know when to stop/Sweeping me under the rug/Bless the high but fuck these lows/But damn when it’s finally done/I’m strong like the African sun/Got everything I need to keep me going.”

“Haitian people are some of the strongest people that I know,” she says. “Haiti is such a vibrant, beautiful country. The media loves to portray the negative sides of it, but it’s just a boiling pot of creativity and potential and beauty, and I just hope to focus people’s attention more on that.”

The EP as a whole, which will come out in two parts, is about “growth and self-development and getting to know yourself and your worth and being confident in who you are,” says Naïka, who plans to follow with a full-length album soon.

“My goal is to bring people together in different cultures and make people open to understanding a culture they’re not familiar with — and that they may not think they can connect with because it’s so far from what they know,” she says. “Understanding and connecting with all types of people is a really beautiful thing, so I hope to inspire and encourage people to do that more.”