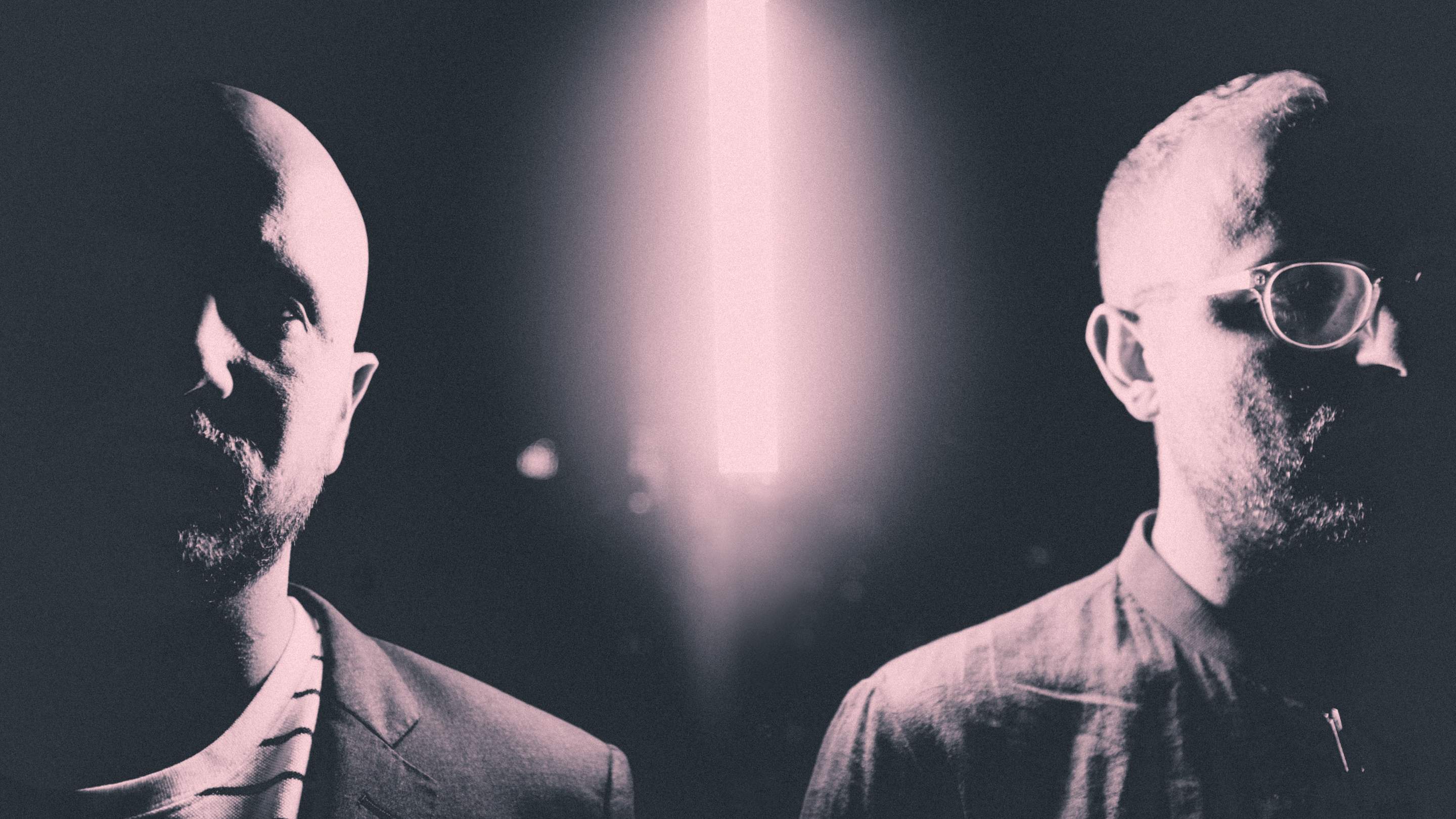 Something’s brewing in the water over in Marshfield, Wisconsin. It’s the home town of David Gungor and John Arndt, aka The Brilliance, a liturgical (read: Christian) band who has taken a turn for the secular, with political anthems that explore the human condition. The band’s latest single “Facebook” explores our culture of celebrity and hero worship. It begs the questions: Should we keep waiting for someone to save us or should we save ourselves?

“The man assumes that what he’s got / that what he’s got / is called the truth,” the lyrics call out to the listener, planting seeds of doubt, asking them to question their reality. In the era of fake news, you could call it a jingle. While the music in context clearly utilizes Contemporary Christian music tropes, it is the message itself – a message of  doubt – that allows The Brilliance to push itself into a new stratosphere of genre-bending. It’s a song that could easily be played to the acid trip crowds at Bonnaroo, yet it contains the vastness, the grandeur of musicians who have played under stained glass, to audiences whose hands yearn to raise. The ability to conjure up a steady foot tap while also asking people to tear down their preconceived notions of right and wrong? This is the brilliance that is The Brilliance.

Listen to AudioFemme’s exclusive stream of “Facebook” and read our interview with David Gungor of  The Brilliance below:

AF: Your sophomore album is titled Suite No. 2: World Keeps Spinning: An Antidote to Modern Anxiety. As someone who was raised as a Born-Again Christian I relate on a daily basis to the anxiety of this age. What about modern life did you want to address on this record? What speed bumps or eyesores were the most glaring in your minds?

DG: We explore themes of existentialism, truth, and doubt on this album. John and I have both dealt with anxiety and depression. For the first time in my own life, I needed to reach out for help. The record eventually lands in a place of the need for other people in the midst of anxiety.

AF: In 2017, you played a show together in Chicago, during which you said you were “a little too brutally honest to the crowd,” saying “Sometimes we play these shows and we’re like ‘What are we doing with our lives?’” Do you still feel this way? Or have these more recent projects refocused that sense of malaise?

DG: I think that show was a turning point for our music. We had a great conversation with our dear friend after the show who asked some wonderful tough questions about the music we wanted to make. From that night, we commissioned ourselves to write a series of suites with bigger ideas around them. The first suite is inspired by DACA Dreamers around the theme of the American Dream. And the newest suite is based around the idea of modern anxiety. Do I still feel this way? Yes. But the question doesn’t scare us as much.

AF: You’ve both said you’re interested in opening up your music to move beyond the worship genre. Why is that distinction important to you both?

DG: The music has evolved. It grew out of a friendship where I was a pastor and John an atheist. But we were best friends. We love making music that brings people together. That helps build bridges relationally. The music has evolved from music created for Liturgical art, to spiritual protest music, to finally music that inspires empathy. We don’t want it to be boxed into a certain musical genre that we don’t resonate with. And we also wanna make music that’s not just for Christians.

AF: You’ve known each other your whole lives – your dads were in wedding bands together. Your self-titled debut album came out in 2010. How has your relationship to each other changed over time?

DG: We are like a family. We are still close friends and it hasn’t really changed other than times we hurt each other or are punks to one another. But we love one another and are dear lifelong friends.

AF: In terms of the writing process, how do you normally operate? Does a song start with an image, a string of words, or a tune?

DG: I think we both write usually from melody ideas or big-picture theme ideas. We love commissioning ourselves to write around themes. We write individually and usually show each other songs we are working on through little demos. Or when working on a project in a studio will write and collaborate often.

AF: Tell us about “Facebook.” What was the genesis of this song?

DG: We wrote this song while staying at a farm. It was totally disconnected from so much of the busyness of where we live (NYC). Facebook goes into themes of needing and wanting a celebrity and hero culture and the quest for who is right and who is wrong. It’s a place we go to be connected but usually ends up a mirage for human connection.

AF: The question we’re all wondering: Do you believe this is the end of the world?

DG: Many people before us have asked that question, and we believe many people after us will keep asking.

AF: There is a beautiful bigness to your music, often playing with call and response, as well as the wall of sound technique. What artists are currently inspiring you?

DG: Thank you! Been listening to a lot of Vampire Weekend, Paul Simon, Chris Thile, Radiohead, Joao Gilberto, and The Beatles as of late.

AF: If you could pick two music acts to go on tour with, who would you pick?

DG: Welcome. Come as you are. Our ethos is to give me doubt. Without a doubt you can’t have faith. Certainty is the antithesis of faith. So we hope they learn to doubt and question with an open mind any world view. Our ethos is based around the idea there is no idea above critique and no person below dignity.