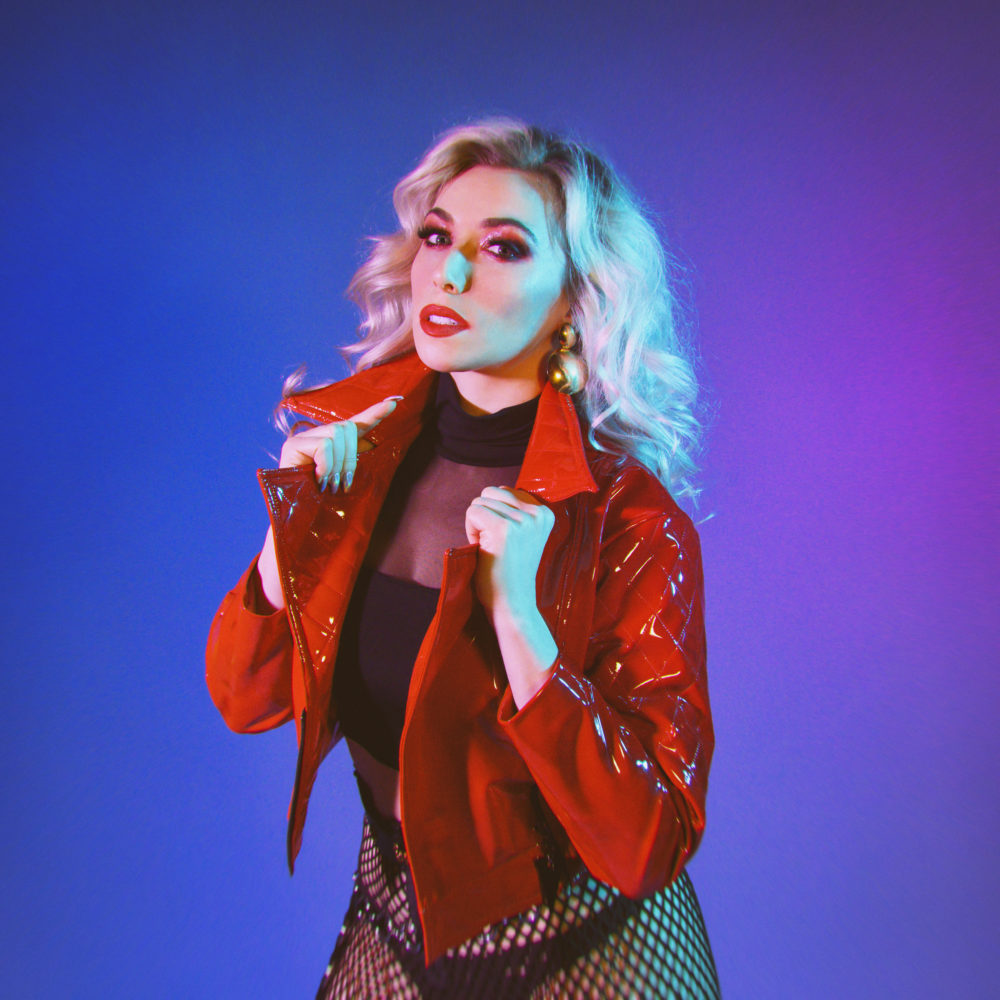 “I wrote this song about an all-consuming kind of love, the kind where you lose a bit of yourself to be with them,” says Wolfe, who got her start performing in rock musicals. “I wanted to highlight how a person in love can easily slip into this borderline obsessiveness. Single white female lite, if you will. The idea was always there to paint myself as ‘the other woman’ who seduces this wife trapped in a marriage running on autopilot. But I wanted to do it in a way that was validated, where it wasn’t just the sex, but where these two people actually connect.”

The concept was born when Wolfe slid into Black’s DMs and told her she was a big fan of hers. “From the beginning, we saw eye to eye on how we wanted to shape our relationship, which made the whole process so easy,” she says. “Tori was the perfect fit. She’s lively, incredibly sweet, and was the most professional person on set. She also brought a vulnerability and subtle strength to the role, which is exactly how I wanted to paint this character.”

Wolfe’s decision to cast Black in the role was also an effort to challenge the Madonna-Whore dichotomy that says women can’t be both sexual and relationship material. “There’s such a stigma when it comes to sex work, and yet so many music videos use dancers and models and adult actresses with only sexual connotations,” she explains. “And that’s okay! Sex is awesome. But I thought it would be feminist as fuck to portray an adult actress, this beautiful sexual being, as the romantic lead in a loving yet complicated relationship, to make her seem more approachable and real. Because as women, we play both roles — we’re just not always shown that way.”

A lot of Wolfe’s music aims to rewrite common societal narratives, particularly those around gender and relationships. When she writes about breakups, for example, she tries to acknowledge the ways in which the breakup was her fault, rather than blame partners, as many artists’ post-breakup empowerment anthems tend to do. “I’ve been the fool, yes, I’d drop my life to run when you called … I got lost in the dream, but I’m not blaming you anymore / I made a wrong turn, but it was my choice,” she belts in “Take Back the Ring,” the debut single she released last year.

“I want to take responsibility for my fuck-ups,” she explains. “Relationships are usually portrayed where one person is the antagonist and the other is an angel. But that’s usually not real life. It sometimes takes two people’s mistakes to ruin a good thing.”

Her next move is releasing a song called “Louder,” which she wrote in response to the Pulse nightclub shooting, and an accompanying video. “It’s a song that blends my politics and anger into this pop rock anthem,” she says.

In the meantime, she’s taking advantage of social distancing by writing music, making latte art, creating TikTok videos, reading The Overstory by Richard Powers, and playing “The Last of Us” on PS4.