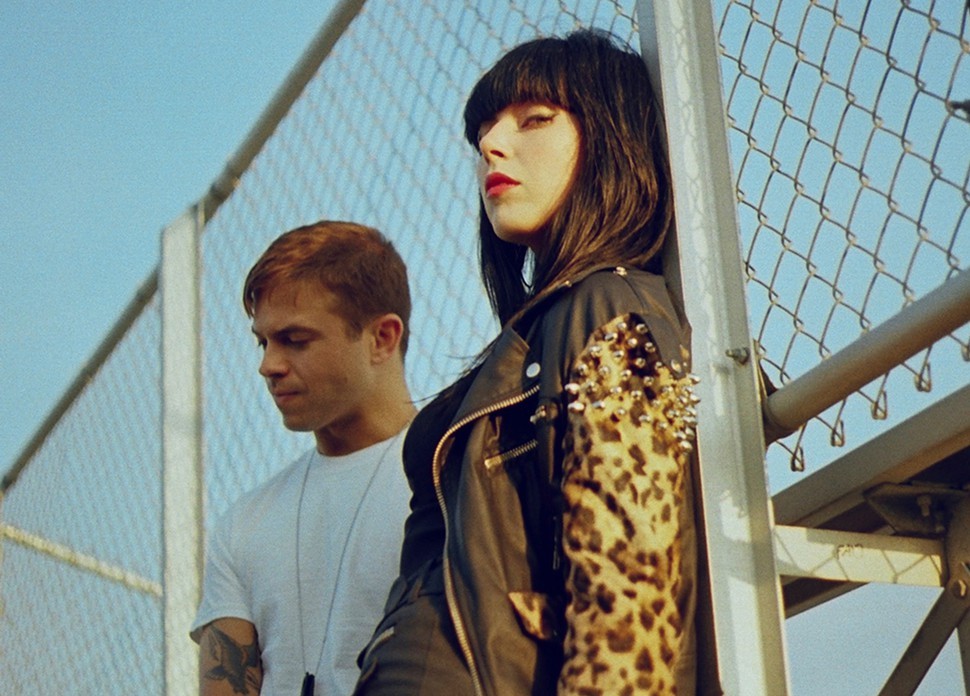 In 2010, I woke up each day in Queens, NY and took the N train to the Flatiron district. The walk from the train stop to the publishing company where I worked was just enough time to listen to a few songs off Sleigh Bell’s first album Treats. The blare of “Tell ‘Em” was the shot of adrenaline I needed each morning. Seven years and another coast later, I was about to see them live for the first time, and feeling a little anxious.

Luckily, opener Tunde Olaniran was beyond welcoming. “This is a safe space,” he said warmly, spreading his arms out slowly as the opening crickets of “The Highway” filled the El Rey. Olaniran commands the stage like a mystic healer in a Broadway musical, his two background dancers acting as as extensions of his own body, moving and twisting about him. In 2014, Tunde told AudioFemme’s Lindsey Rhoades “I come from the band mentality where people pay their money, you gotta give ‘em show. So I really just try to incorporate choreography, movement, fun pop, really hard hitting beats.” Olaniran doesn’t disappoint. He manages to convey difficult topics like homophobia, violence, and racism within a tight package of syncopated beats and soaring vocals. When he asked those in the audience who don’t normally dance to dance, the air in the room shifted as people obliged.

Jessica Rabbit, Sleigh Bells’ fourth studio album, has received mixed reviews overall, with Pitchfork calling the album a “hodgepodge of clashing sounds and concepts that’s united only by its indiscriminate maximalism.” The reviews gave me pause as I listened to the new material and revisited Treats. The school-girl edge of their early catalogue has morphed over the years, taking a turn for metal. After an initial listen, I wasn’t thrilled with the change. Stretching my calf muscles in preparation for high energy jumping (my only dance move), I worried I might leave disappointed.

Lead singer Alexis Krauss bounded out to the sounds of fans cheering from the darkness; her positive energy was immediate and galvanizing. Initially the brain-child of guitarist Derek Miller, Sleigh Bells has matured to become a more balanced collaboration between Krauss and Miller. Alexis’s vocals take center stage on much of the new album, sometimes battling Miller’s guitar riffs in songs like “It’s Just Us Now” and “Lightning Turns Sawdust Gold”.

Old favorites like “Infinity Guitars” and “Kids” were easy crowd pleasers; Krauss got up close and personal with the front row, encouraging them to shout the lyrics. The show felt like a Richard Simmons workout video: Krauss, our emo leader, screaming at us “Sing louder! Dance harder!”. Tunde Olaniran and his dancers joined Sleigh Bells on stage toward the end of the show, creating a sense of chaos that seemed apropos. There was no encore, the crowd left spent, and for some…sore. The morning after the show, I put on Jessica Rabbit. It was time for another listen.