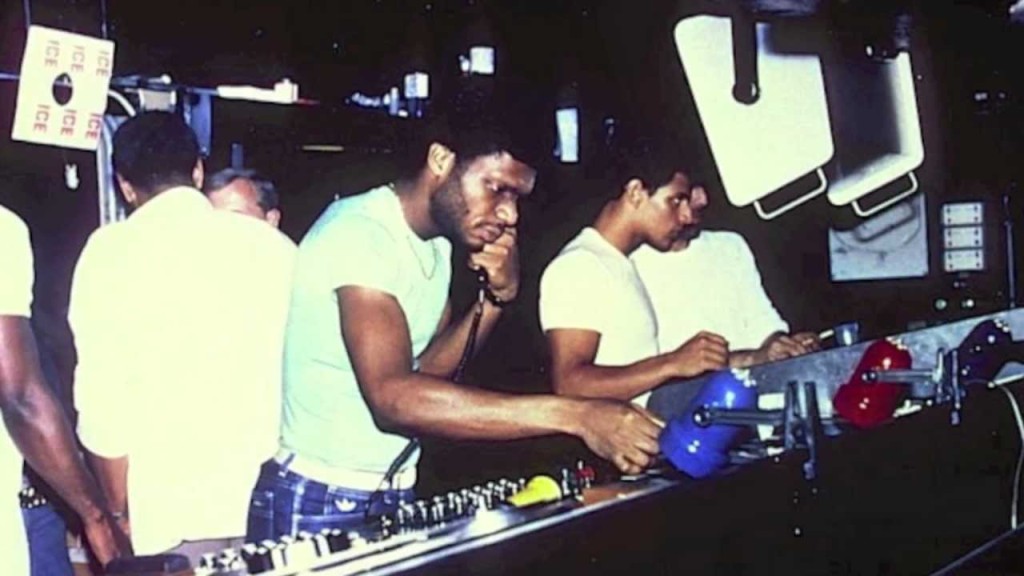 The moment I signed on at Audio Femme, I began harassing everyone I know to play me, sing me, tell me of great music they thought I might not be familiar with.  A few weeks ago a friend of mine put on a song that I’ve been listening to every day since.  I even made her bully the bartender to put it on that night when we went out (it was my birthday, ok?).  The song in question is Larry Levan’s mix of The Joubert Singers’ gospel oeuvre “Stand On The Word.”

I had heard of Levan, but wasn’t privy to his impact in the New York dance scene in the 70’s and 80’s.  He worked with the infamous Frankie Knuckles and held a weekly spot at Paradise Garage.  His sets were known as “Saturday Mass” and his following included the cream of the drag queen crop.  Levan led a tumultuous, drug-filled life, and lost most of his contemporaries to AIDS and the substances he so enjoyed.  Yet despite his over-the-top existence, he was one of the most important DJ/producers of the disco/post disco/house/garage scene; a presence diverse and worthy enough of so many forward slashes.

The Joubert Singers on the other hand, led a more sober life.  They were a gospel choir native to the First Baptist Church in Crown Heights, Brooklyn.  Phyllis McKoy Joubert wrote the song and it was recorded in the church in 1982.  There were only a couple hundred copies of the record pressed, and they were distributed among members of the church.  Walter Gibbons, owner of Jus Born Records discovered the album and played it at the record store he worked at then, the Rock and Soul shop on 7th avenue.

The original version is over nine minutes, and while it’s a find in itself, the Larry Levan mix is perfection.  The track opens with tinkling piano, and builds up with synchronized harmonies and a single, thumping drum.  By the time the chorus hits the song is in full swing, and the once delicate piano is transformed into a faith-shaking funk melody.

The songs original nine minutes is paired down to a little less than five, but what is lost in time is made up for in full-bodied, skin-chilling soul music.   “Stand On The Word” is a bit of a staple in the dance music community, and it was remixed in 2008 by the French musical project Keedz.  The Keedz version is the most commercially successful iteration of the song to date.

I highly recommend a resurgence of this track in the DJ/House community.

Until then I’ll just keep harassing bartenders about it.