The timeless yet modern music production and arrangements by Ido Zmishlany (Shawn Mendes, Camila Cabello, Demi Lovato) transforms Delacey’s sound into pop perfection. Delacey herself is a seasoned songwriter, having co-penned Halsey’s “Without Me,” The Chainsmokers’ “New York City”, Madison Beer’s “Dead,” and Zara Larsson’s “Ruin My Life,” among others. But Black Coffee is truly her own effort, establishing her solo identity and bringing catharsis, comfort, and hopelessly romantic, escapist bedroom pop to music lovers during a time when our creative culture has been seized and tainted by isolation and uncertainty. During my time social distancing, I was able to chat with the open and charming Delacey about her humble beginnings and the momentum behind her beautiful body of work Black Coffee.

AF: Your sounds echo the grittiness of New York City with the sultriness of a California dreamer. Where are you from?

D: I was born in Orange County, California but people always think I’m from New York – it’s funny but that’s just because I have lived there before, and I’ve written a lot of music there. I’m a California girl – my parents were from Detroit, Michigan. Orange County, CA is like a small town, far from LA. Now I’m living in Los Angeles proper because of my career.

AF: Let’s talk about your name. Where does it come from?

D: When I was little girl, I was obsessed with Mary Shelley’s Frankenstein (the original) and there’s a family by the name of De Lacey [“the only person who was kind to the monster – despite his deformities. The character represents the absence of prejudice, and the purity of love.”]. I begged my mom to change my name, but she wouldn’t let me. I just told everyone it was my name! And so it’s kind of always been another name for me, it had nothing to do with music at first. When I was eighteen actually my mom told me I could change my name legally to Delacey but I decided to keep it as my stage name.

AF: How would you describe your teenage self?

D: Okay, so it’s kind of weird. I was always really driven by my passions in the arts which led to me barely graduating high school. I actually got kicked out, and had to just finish online! I was a rebel, and wanted to spend all of my time singing, acting, dancing, and doing photography. I had this extreme urgency to express myself through art. I worked a lot of odd jobs as a teenager, like being a nanny, just so I could save up and move to New York when I was twenty years old.

AF: There’s an unapologetic romanticism and urgency to your writing. How did you develop your poetic voice and the lens through which you see the world?

D: My family has always called me a drama queen. I’ve always been very dramatic and intense by nature – passionate in general. Growing up, my dad battled cancer and seeing my parents come out on the other side of that experience really made me value life and live each day to the fullest. It makes you realize how fragile life can be. Seeing my father come out of that battle made me ambitious and goal-oriented. You have to grow up faster, tougher, and fearlessly independent.

AF: How did you get your start professionally in the music industry?

D: When I finally got to New York, my first job was actually in photography. The whole time I was living there, I was just writing songs in my apartment and doing open mics. Music was my life, but I felt like I didn’t know anyone in the industry. A lot of times I felt like giving up and just going home to LA. Luckily I’m the kind of person who sets goals and won’t stop until I achieve them! I didn’t have a back up plan. I eventually went home and through making connections with friends interning, I landed a small publishing deal that distributed my music. They helped develop my writing skills, and explained that I could be a professional songwriter. I eventually parted ways with them when I had my first big cut – a song called “New York City” that came out with The Chainsmokers. That was an “Ah ha!” moment when I realized I could really do this professionally. 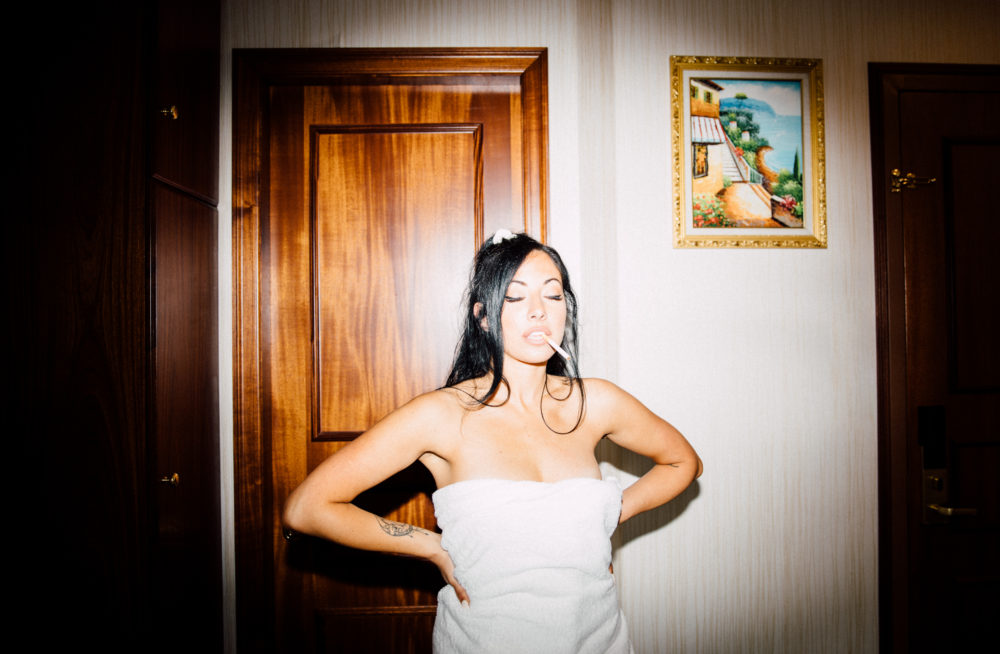 AF: What is the most challenging thing about transitioning from being a professional songwriter to releasing a solo record?

D: You feel more vulnerable when it’s yourself. Everything I’ve always written was very personal, but now there’s no middleman. It’s just me putting it out – you’re getting judged differently and you’re the one getting criticized or praised. It’s hard to not overthink things when it’s coming from yourself. It’s important to be honest. If you’re honest, the music will resonate.

AF: The song and imagery  for “Chapel” is like a Femme Fatale take on a dark, twisted fairy tale in a Vegas-style setting. There’s an underlying tone of theatrical tragedy and debauchery. Can you talk a bit about the inspiration behind the song and video?

D: Me and the director wanted it to feel like a getting hitched in Vegas crazy whirlwind romance film. We were super inspired by Quentin Tarantino’s aesthetic for this music video and I love how our spin on it came about.

AF: Your voice echoes tones and textures of classic singers from past decades of popular music. There’s an element of your style that makes me want to catch you performing live behind a Big Brass Band from the late 1950s. What era of music has been your biggest influence?

D: I love that! Thank you. That is the majority of the music I grew up listening to, and Billie Holiday is still my most played artist every year. So to answer your question hell yes – super inspired by an era I wasn’t even alive during.

AF: What artist, dead or alive, would be on your dream tour?

D: It’s so hard to pick but a tour with Dusty Springfield and Elvis and Mazzy Star would be my dream come true. 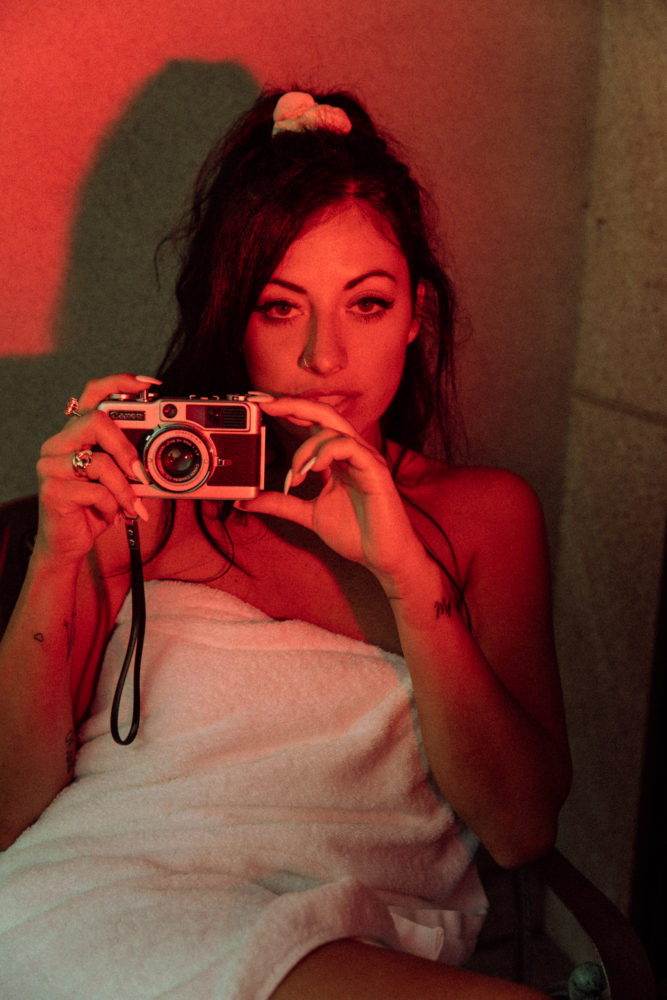