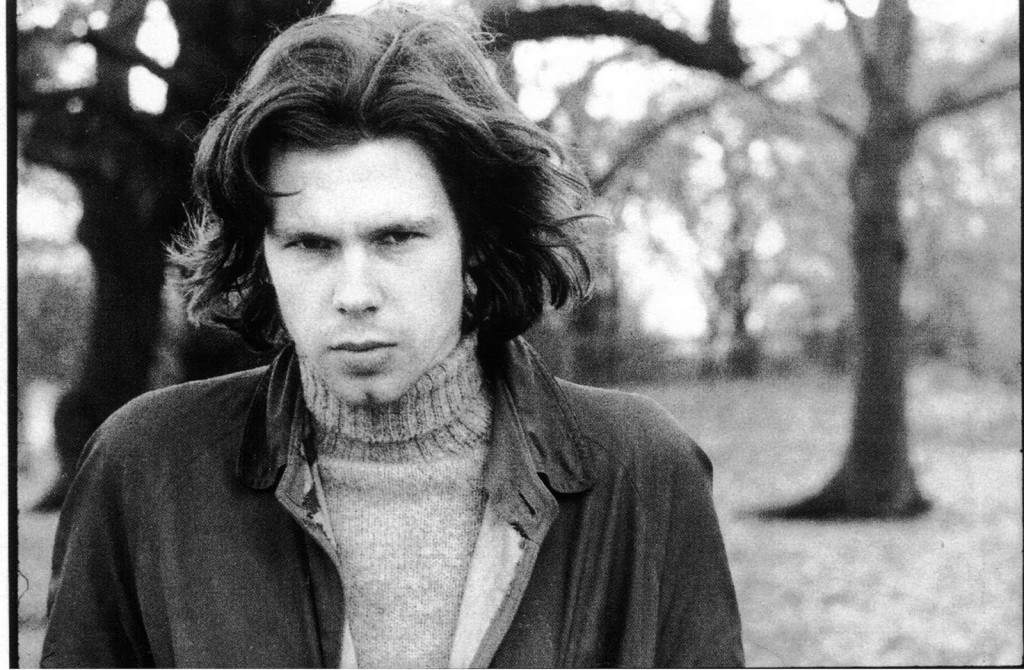 British folk artist Nick Drake died on November 25th, 1974.  In light of the anniversary of his death, my newest installment of Flashback Friday will focus on his final album, Pink Moon.

Nick Drake was a British folk musician who is known for his distinct vocal tones, sweet melodies and haunting lyrics.  On November 25th, 1974 Nick Drake overdosed on anti depressants. While it was never determined whether or not the overdose was accidental, his deep depression during this period comes across when listening to Pink Moon. Unfortunately like many tortured artists Nick Drake only achieved commercial success after his untimely death. Drake wrote three albums, Five Leaves Left (1969), Bryter Layter (1970) and Pink Moon (1972).

Pink Moon is easily the most depressing Nick Drake album, which is saying a lot. It is also one of the most underrated albums of the 70s.  Contrary to his previous albums, Pink Moon is completely stripped down and minimally produced. Other than the piano solo on the title track “Pink Moon”, all that can be heard on the album are vocals and acoustic guitar.

If I could describe Pink Moon using one word it would be “simplicity”. Simple melodies, songs and lyrics characterize the 11 tracks on the album.  By calling it simple I am not insinuating that Pink Moon is unsophisticated. To the contrary, Drake stripped the excess and left the important parts of the lyrics and the melodies. The lyrics are short, containing one or two verses.  Although Drake was terse, the descriptive and emotionally evocative lyrics succeed in telling a genuine, relatable and moving story.

“Open up the broken cup

Let goodly sin and sunshine in

And open wide the hymns you hide

Nick Drake was a master at creating haunting and beautiful yet simple melodies. Pink Moon exemplifies this. In “Horn”, for instance, lyrics are absent and the melody consists of a simple repetitive line on the guitar . In most of the songs on the album, the guitar pattern repeats with little to no variation. Furthermore while the piano solo on “Pink Moon” mainly consists of descending notes, it is one of the most gripping piano solos that I have ever heard.  By expelling all of the flourishes and distractions from the music, the listener is able to get acquainted with the core melody of each song.

Nick Drake did not not shy away from his imperfections. Drake’s voice falters from time to time. For instance after a long verse he might throw away a note to catch his breath. He utilized a large vocal range in the album, and sometimes sounds slightly sharp when he reaches his lowest register. The best example of this is when he sings the line,  “pink, pink pink pink pink moon” in “Pink Moon”. The note descends with each word. Drake is slightly sharp on the final word, “moon”.  Although there are no glaring mistakes, Nick Drake’s guitar is also flawed. The imperfections however somehow add to the charm of the album by making Drake seem more relatable. This gives the album more power to evoke emotion from the listeners.   Nick Drake achieved a difficult task in Pink Moon. He managed to create a masterpiece seemingly effortlessly. With simple melodies, lyrics and instrumentation, the album comes across as honest and relatable. Pink Moon is just as relevant now as it was when it was released over 40 years ago. Nick Drake has influenced a number of his contemporaries, most notably Elliott Smith, Andrew Bird and Sufjan Stevens. Check out the title track, “Pink Moon” here.