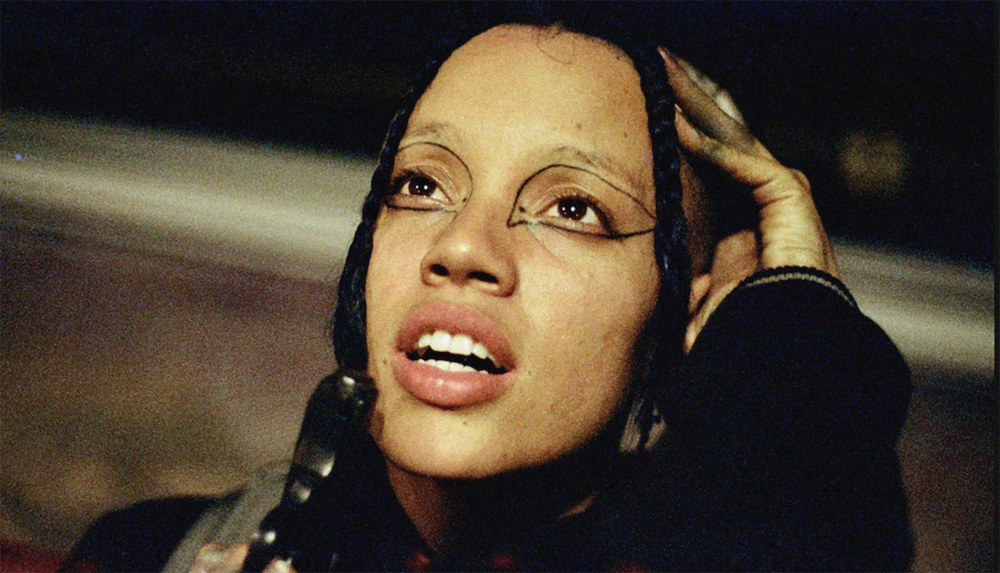 “You’re so fucking beautiful, so beautiful, you stupid hoe,” goes BigKlit’s “Beautiful,” in a line that encapsulates the artist’s surprising yet delightful mix of affection and aggression. She released the original version of the song last year, along with a video featuring herself cuddling and yelling at a chicken. And she didn’t stop there, releasing not one but two albums in quick succession: 2028 and Klitorious B.I.G.

But it’s the characteristically blunt lyrics from her stand-alone singles that have proven to be the keys to her breakout success, including “Boy Bye” and “Liar,” which went viral via TikTok. Straddling hip-hop and punk influences, it’s not uncommon for BigKlit to incorporate multi-media aspects into her work; so far this year, she’s already released a short film called PSYCHOSIS and been featured in an installment of Vice’s “Six Hours With…” series. So it’s natural that BigKlit would want to give “Beautiful” a cinematic treatment as well.

Watch the short film for “Beautiful” below and read our interview with BigKlit to find out more about her unique musical style and the inspiration behind the song.

AF: How’d you come up with the name BigKlit?

AF: You sing a lot about sexual empowerment — how did that topic become important to you?

BK: Being physically, mentally, and sexually oppressed. I sing and write what I’m going through. All of my music is based on raw emotions, and that’s why people connect with it. I’m expressing what they’re feeling.  Unfortunately, society suppresses expression of true emotion. You get frowned upon for crying. Shamed for being sexually free. I mean, when is it going to end? We must evolve as a society. If people can’t freely express themselves, then bad things happen. They take it out on themselves and eventually others.

AF: A lot of your songs also express anger, which is refreshing — is this a conscious choice? What is behind that choice?

BK: My music comes from my emotions. I feel anger more than any other emotion, so that’s what comes out a lot. If I don’t get it out of me, I don’t know what would happen, so I leave it all on the mic.

AF: What inspired the song “Beautiful?”

BK: An ex-boyfriend that was haunting my mind, but not anymore. LOL. I had the idea for some time but never did anything with it. Then, over the summer, when the labels were poaching me and giving me access to all these amazing studios, it just happened. 5 a.m., in Times Square, the sun was coming up and I just went in on it.

AF: What was the concept behind the original video?

BK: Being free, in the moment, and professing my love to a blind chicken. Is it not obvious? I was honestly on vacation with my team and met a guy at a bar who I thought was dope. He invited us back to his house, where he had chickens. I was drunk, so I fell in love with the chicken fast, my team was shooting, and the video just came about naturally.

AF: How’d you come up with the idea to do a full short film with this song?

BK: The short film happened organically. I always start with a creative concept in mind, not thinking about the length at all, and then let it flow from there.  All of my videos are really cinematic, so the concept for this came very naturally.

AF: What’s the concept of the new video and short film?

BK: The concept depicts two toxic people in love. However, there is a scientific twist to it based on research done by Italian scientists. The research revealed that when two people stare into each other’s eyes for 10 minutes straight, you will have between three and four hallucinations. Without giving too much away, the toxicity plays out in the hallucinations.

AF: Is there anything you’re working on right now?

BK: Yes, I am always working. I have over 200 songs on the shelf. I am also having fun getting back into making my own beats as well as working on world domination. BIGKLIT 2028 – THERE’S HOPE!