As we grow older, it’s natural to take stock of where we are in life. For singer-songwriter Sarah Burton, that introspection resulted in a dramatic change of scenery and inspired her latest record, Give Me What I Want, released earlier this year. On it, Burton reflects upon the lessons she’s learned following her move from bustling Toronto to a quiet Texas town, in love and loss after a bad breakup and figuring out fact from fiction in today’s social media age. The LP combines Americana, folk, alternative and indie to tell stories that come from the heart.

While touring the Midwest, Burton took time out out to chat with Audiofemme about her album, selfie culture, and moving to the US.

AF: There are a lot of different themes going on in Give Me What I Want. I picked up on heartbreak and growing up, can you tell me a little bit about what went into the songwriting process?

SB: It’s a coming-of-age story, but I think all my albums are a coming-of-age thing. At this point, as a woman in my 30s, I sort of was weighing the different options in life. It stems, on a personal level, from my move from Toronto to Texas. I went from a big city to a really small town in West Texas and now I live in Austin. I just got to a point where I was reevaluating my whole life because people around me would say, ‘Oh it looks like things are going great,’ but I was like, no, I’m not doing great. So I had to basically ask myself: what do I want? That’s kind of the core essence of the record—a search for self-fulfillment.

AF: How long in the making was this album?

SB: Some of the songs I wrote back when I was living in Toronto, like “Smiling For The Camera” and “Fool’s Gold,” but then some I was in transition; “Desert Sky” I wrote in Canada when I was deciding to move to Texas. “Give Me What I Want” and “Time To Go,” were written in Texas.

AF: Was it a therapeutic album to record?

SB: Sort of. It’s funny because I would say even now that it’s out, I’m looking at things differently and a lot of these songs have different meanings to me now, whether it’s how it pertains to my life or how it pertains to my friends’ lives, because I use a lot from not just my life but what my friends are going through and what I think a lot of people are going through.

AF: I love “Smiling For The Camera” – can you tell me a little bit about the meaning behind that song?

SB: When I wrote that song, I was still kind of recovering from the aftermath of a bad breakup and I was pretty sad, but I was forcing myself to go out and just fake it ‘till you make it. On a surface level it’s really a song about getting back on the horse after a breakup and building your confidence and getting back out there. But the subtext is definitely more about the disconnect. Like, I think it’s so funny that we use a device to connect with people that are within our proximity. We’re so disconnected that we have to do this in order to connect, like, we’re using the most impersonal medium to try and find the most personal relationship. It’s a dating song [for] the selfie era.

SB: The video was super fun ‘cause I got to work with my friend, Andy Landen, who directed it. He was in my first band, Nancy Drew And The Hardy Boys, back in the day and he left the band to go pursue his filmmaking career and we actually didn’t see each other for like seven years. We reunited in Austin a few years ago when I was there for SXSW. It seemed really fitting to bring him to Austin to shoot that video. We shot a lot of it on 6th Street. It was just really fun – we went to the roller rink, I tried to learn how to roller skate. Something that I wish was in the video, but you can’t see, is that Andy is an amazing roller skater!

AF: Has living in the desert influenced your music at all?

SB: Absolutely. Definitely lyrically, like “Ride Til Dawn” is based on something that happened to me since moving to, not just a desert town, but a small desert town. It’s really the Wild West out there still, and some of the things I was like, wow, I can’t even believe this is happening. And not just the actual events that influence the songs, the kinds of lyrics, like using horses as imagery. The feeling I get driving down a desert highway is also something that I was trying to evoke in some of the songs.

AF: Are you planning any more videos for the album?

SB: Yes! When I was last in California, Andy and I shot another video, for “Desert Sky.” Unfortunately, it would’ve been better to shoot out in Texas, but we did do it in Joshua Tree. I don’t have a release date yet.

AF: Are you working on any new music right now?

SB: I’m kind of always working on new music. I am actually getting back to the studio to record a single in July and, knowing me, it’ll probably turn into an EP.

SB: I’m excited about touring with American Opera. Last night we just went song-for-song, it was so fun. He’s really funny. I don’t want to say it because it hasn’t happened yet, but I’m really looking forward to see what we could write together. 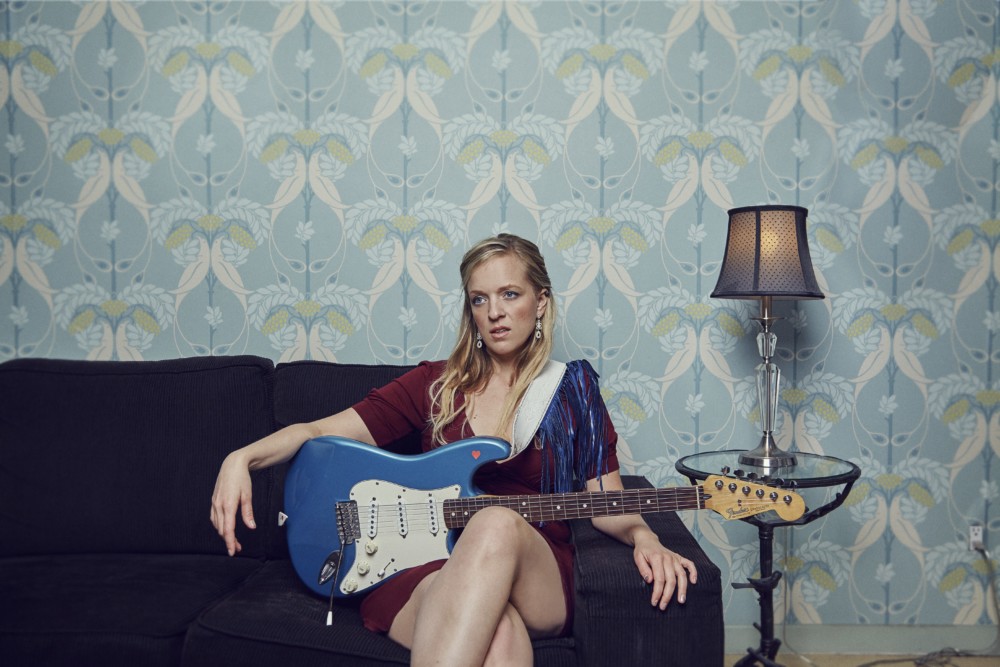