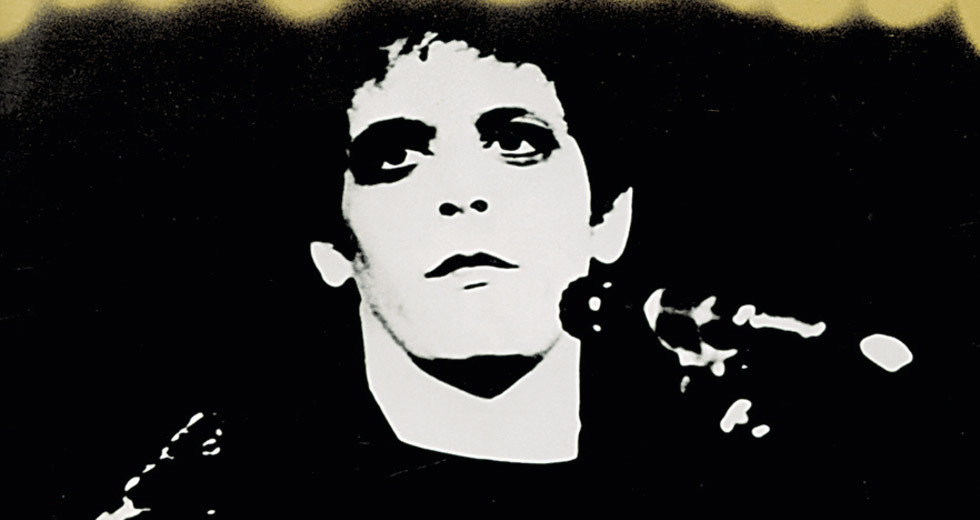 I was 17 the first time I saw Transformer in a record store. The cover, exhibiting an androgynous figure holding onto a neon-rimmed guitar, boasting heavily blackened eyelids stopped me as I absentmindedly skimmed my way through the ‘R’s of the CD section in Rush-Mor Records. I had listened to a couple of  albums by The Velvet Underground, but until then, had never put a face to the name Lou Reed. I simply associated him as one of people credited in bold font on the inside jacket of my The Velvet Underground & Nico record, and the genius behind songs like “I’m Waiting For The Man” and “Run, Run, Run”. Despite it stopping me dead in my tracks, I didn’t buy Transformer that day, but I came back from time to time, hoping it would still be there for when I was finally ready to shell out the mere $9.99 requested on the little yellow sticker on the top right corner.

When I finally did get my hands on a copy of Transformer, (much like with my first Velvet Underground record), I was taken from my sleepy Midwestern city to the seedy New York subculture of the early 70s, where heroin addicts, transvestites, drag queens and artists dwelled in decrepit East Village apartments and hung out with Andy Warhol. I heard “Vicious” and was comforted by the witty, deadpan babbling I had become accustomed to (“Vicious/You hit me with a flower/You do it every hour/Oh baby, you’re so vicious”). I impatiently skipped from song to song, from the epic glam-rock orchestration of, “Perfect Day”, reminiscent of Ziggy Stardust era David Bowie, to the spacey “Wagon Wheel” where Reed hums “Won’t you tell me, baby/How does it feel?/You’ve gotta live your life as though you’re number one/Yeah you’ve gotta live your life and make the point of having some fun” to the backdrop of a crew of vivacious backup vocals.

The highlight on the entire 36 minute record, however, was “Walk on the Wild Side” (of course).

“Walk on the Wild Side” is a relatively simple work of art–a bass guitar and stand up bass repeatedly play a short riff in unison, a guitar shuffles back and forth between only three chords, the back up vocals of the British trio Thunderthighs come in from time to time, and a short saxophone solo closes the song–but it is because of its minimalism that the song becomes undeniably catchy and memorable. Reed narrates a series of anecdotes on a number of prominent countercultural figures made famous by Andy Warhol–Candy Darling (the “darling” transexual superstar), Holly Woodlawn (the transgender actress who “hitchhiked her way across the USA”), Joe Dallesdandro (an infamous hustler/rent boy and gay icon), Jackie Curtis (a troubled performance artist, and self proclaimed James Dean reincarnate), and the elusive “Sugar Plum Fairy” (Reed’s code for a heroin supplier, similar to the title of “The Man” used in his other songs)–all in his notorious deadpan tone. Lou Reed does it so well, so smoothly, and so convincingly, almost to the point where you believe it’s all fictitious and think that there’s no way that every single one of these characters could have possibly inhabited the same space as him.

Transformer is often regarded as Reed’s most impressive release in his entire solo career. The record has been cited in countless ‘Greatest Records of All Time’ lists, in addition to a number of records by the Velvet Underground. Upon the announcement of his death just last week, sales of the now 42 year old record have surged, and a number of eulogies written by some of his longtime friends and companions–John Cale, Patti Smith, David Bowie–have surfaced online. Reed signifies much more than just another musician who we have lost, however, and instead serves one of the key figures in a broader New York subculture that has almost completely diminished in the last four decades. Lou Reed, a transgressive, innovative artist and musician put a face to those who were otherwise outcasted and deemed as low lifes or freaks by societal standards–the hustlers, the transients, the bisexual teenager, the glamourous transexual, the oddball artist, androgynous bodies and junkies–immortalizing them in his music, giving them the agency that they never had.