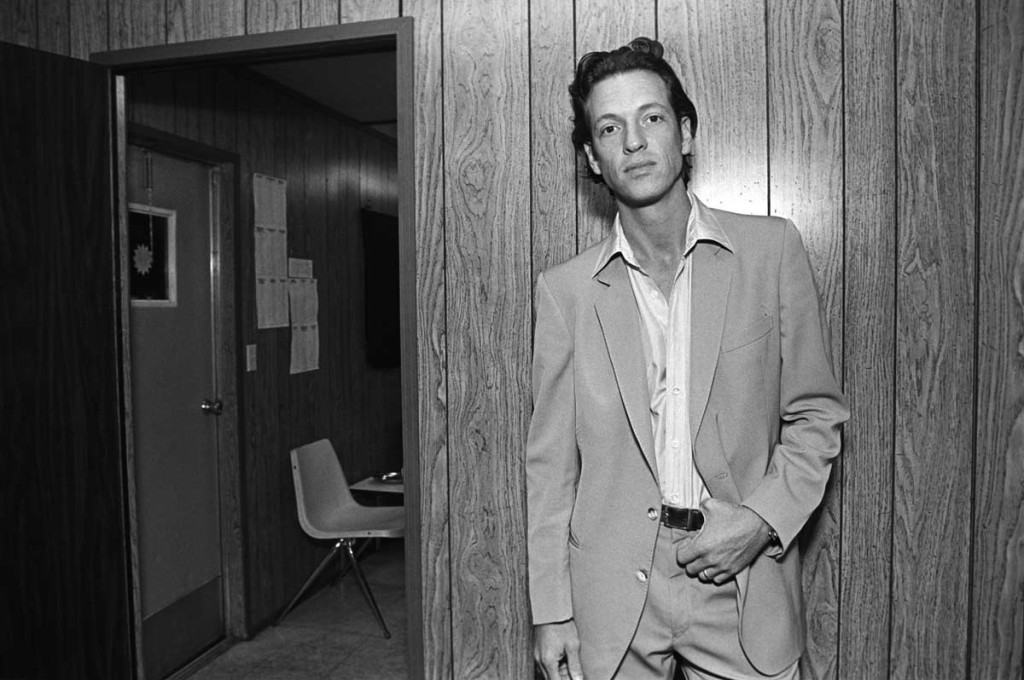 When I was about 12 or 13, I was making my bi-annual visit to Grandma’s house in California.  Being at the peak of my Punk-Rock-ness, I would scour through local newspapers looking for shows and record shops to alleviate my pre-teen boredom.  Then I’d beg my mom to drive me to them.  On one such hunt, I saw an ad for a record store in Costa Mesa called Noise Noise Noise.  It was a tiny, piss-wreaking place where you had to sit on the floor to flip through the filmy milk crates full of records.  I used to pray I’d find some rare, colored-vinyl, perfect condition, original pressing of The Germs or Catholic Discipline…as if the record store that specialized in Punk music wouldn’t know what they had and I’d snag it for a buck fifty.  I thought I was sooo smart.

Well, I didn’t ever find anything like that for less than $40, but I did stumble upon something that I still treasure to this day.  It was an original pressing of John Hammond’s first studio album from 1964.  Self titled, it had a black and white photo of a young, very attractive man mid-croon, holding a guitar.  I knew the name from somewhere…John Hammond.  I bought it for less than five bucks anyway, knowing that my memory would kick in and I’d realize what I had at some point.  Eventually the switch flipped: Bob Dylan.

John Hammond was the guy they say discovered Bob Dylan.  While that is still a point of contention, Hammond did sign Dylan to Columbia records in ’61. Dylan was not well received by the label, and was referred to as “Hammond’s Folly.” Hammond also discovered Aretha Franklin, was personal friends with Benny Goodman, and active in the Civil Rights movement.

The man lived a novel-worthy life, and while I would expand on it, the record I bought was not his…it was his son’s.  The record’s moniker is John Hammond, but the artist is in fact John P. Hammond, a.k.a John Hammond Jr., spawn of the famous producer and activist.  Yet despite the easily reached conclusion that Jr. had it easy, being the son of a talent scout and all, he was actually raised by his mother and rarely saw John Hammond Sr.

He recorded his first album on Vanguard records when he was just 22 after dropping out of college and submerging himself in Southern Blues culture.  He is one of the most respected, yet little-known white blues artists of the genre’s mid-‘60s revival, and has recorded 35 studio, and two live albums since the start of his career.  The New York Times interviewed him when he was only 20.  He hung out with the likes of Robbie Robertson and Jimi Hendrix, and was inducted into the Blues Hall of Fame in 2011.  He is also a long-time friend of one of my favorite artists of all time-Tom Waits-and released Wicked Grin in 2001, a collection of Waits covers that was produced by the gravel-mouthed Californian himself.

Despite Hammond’s irrefutable proficiency in traditional blues guitar and barrelhouse vocals, Hammond has never been a songwriter.  His specialty was performing the traditional blues ballads of the 30’s, 40’s and 50’s.  His style was so pure and convincing, his voice so full and deep, one would never guess he was a scrawny white boy from New York City.

When I first put on the record, I was blown away.  It was so sparse, yet so full-bodied.  All that could be heard was guitar, harmonica, that voice, and one, solitary foot stomping on an echoing stage.  It was brilliant.  Hammond’s vocal style is one of booming trains, slow-moving molasses, and good, old-fashioned pain.

While I wish I could share the whole album with you, it was incredibly difficult to find tracks from this specific record on the web.  I was able to locate track five, a rendition of Big Bill Broozny’s “This Train.” Still, I highly recommend you continue the search yourselves.  Maybe you’ll find something in a crusty record shop in Costa Mesa.

(Hammond is still alive, well, recording, and touring to this day.)

7) Going Back To Florida (Lightning Hopkins)

9) I Got A Letter This Morning (Eugene “Son” House)

12) See That My Grave Is Kept Clean (Blind Lemon Jefferson)