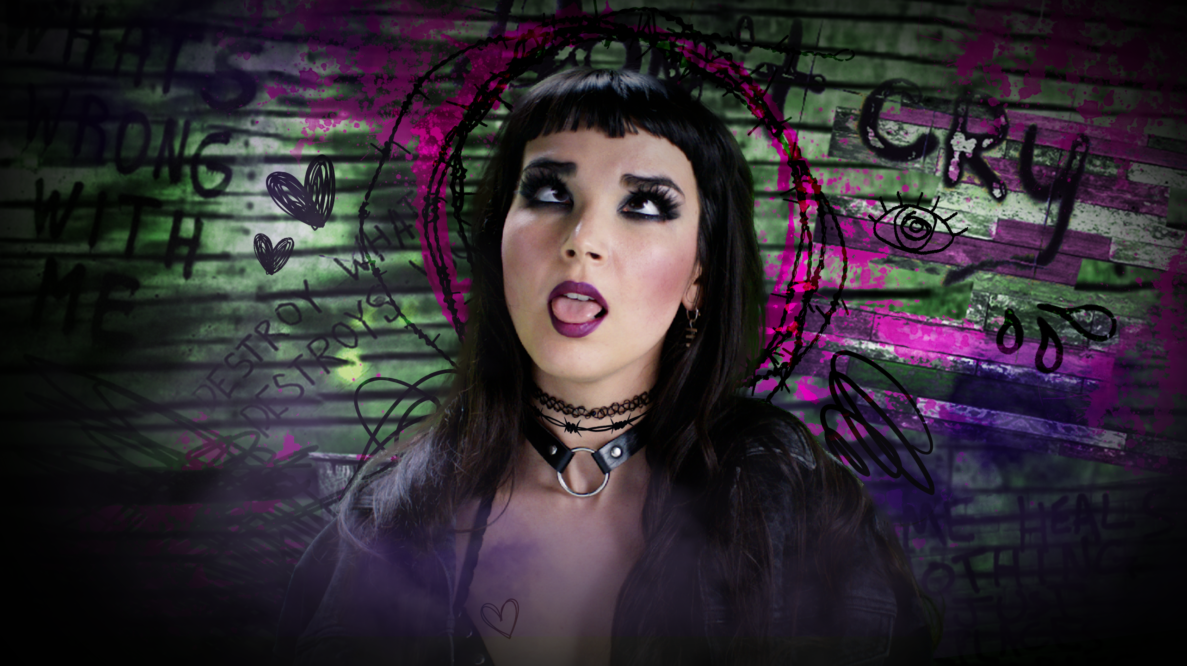 Lena NW’s video game/album Nightmare Temptation Academy begins with a giant trigger warning. The elements of the game the player is cautioned about include “graphic sexual cartoon violence,” “glamorization of romanticizing of mental illness,” “furries,” “feminism,” “cartoon vagina,” “cartoon penis,” and “inter-dimensional sex.” This opening encapsulates the darkly hilarious art that is the work of Lena NW, also known as Fellatia G.

NW has been known for games including Viral, which explores internet culture through a quest to become a social media star, and Fuck Everything, which addresses rape culture and the male gaze through a bar setting that allows the player to have sex with various people, animals, and inanimate objects. Her creations are incisive, educational, entertaining, and disturbing all at once. 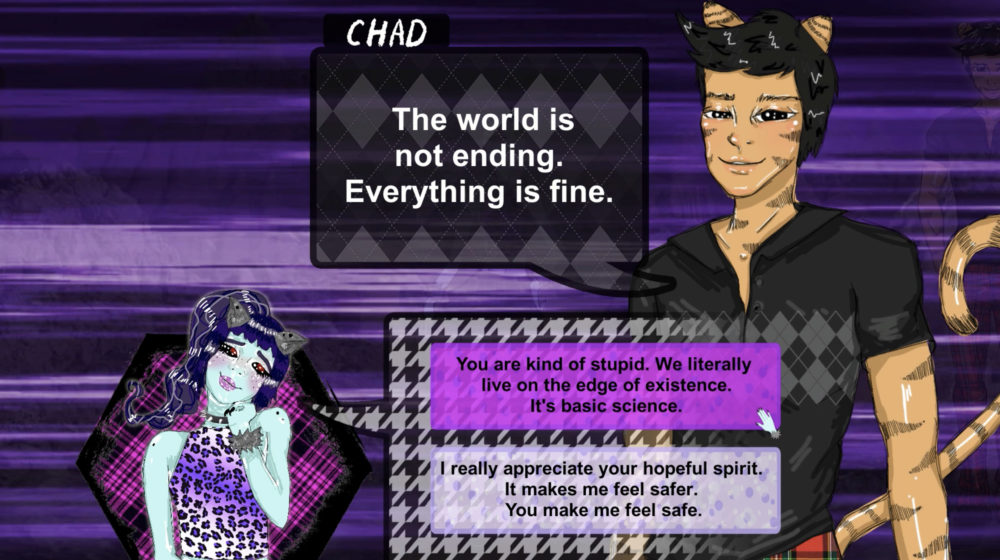 Nightmare Temptation Academy takes place in a high school during an apocalyptic era, mixing social critique with teenage angst — a lot of teenage angst. The soundtrack to the game, interspersed throughout it in the form of music videos and performed by NW’s rapping alter-ego Fellatia G, features lyrics such as “I hate my fucking life and I kind of want to die,” “I’ve got no self-awareness but I’m still so self-conscious,” “I’ve been forced to endure my existence / I never consented to being born,” and “Dorian, you’ve got me worrying / snorting heroin again / laced with fentanyl / blaming mental illness / it’s detrimental to your health.”

NW started rapping when she was 15 and selected the name Fellatia G to take ownership of her reputation as a high school “slut.” She embodies this persona in a way that almost parodies herself; when she noticed that the song “Armageddon Is So Whatever” contained no sexual references, she added the evocative, seductively sung simile, “It all just blows up in your face like a hot load.”

Nightmare Temptation Academy is largely a reflection of what NW was dealing with during her own high school years. “I struggled with depression and not fitting in and all the stuff going on in the world, but it’s easy to sort of be like, ‘Oh, I could not exist,’ and that’s almost a comforting place to go,” she says. “In the process of making music like that, I’m dealing with these feelings. There’s almost a sense of humor in having to deal with this condition — it’s almost like a coping strategy to make light of your darkness, to have fun with it.”

The apocalyptic theme seemed particularly appropriate to DB during this time in history, especially now that the release of the game happens to coincide with the coronavirus pandemic. People are trying to “cope with the feeling like either we’re being robbed of a future or the future is uncertain, and trying to grapple with feeling everything is hopeless,” she explains.

The game also hyperbolizes the brainwashing that technology allows for: in the fictional school, the characters put on helmets that directly implant messages into their minds. “It’s like the cyber space of our of millennial internet culture deteriorating on the other side of the screen,” she says. Even as the world is ending, the characters are still wrapped up in their own petty social dynamics, which serves as commentary on the lack of concern many people currently have for world issues.

You can currently download to game and play for yourself on itch.io, but be warned: You will encounter graphic sexual cartoon violence, cartoon genitalia, furries, feminism, and much, much more.