The Moon & Antarctica and Strangers to Ourselves 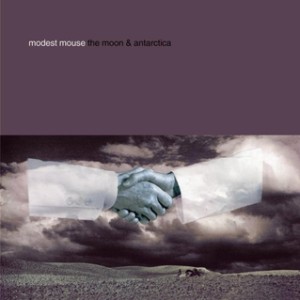 I just bought Modest Mouse’s 2015 album, Strangers to Ourselves (Epic), which is the band’s sixth record. A couple of months ago, I also snapped up a 10th anniversary reissue of their Moon & Antarctica (that reissue being now five years old).  The tough thing for Strangers to Ourselves is being compared to the 2000 classic, which still hits me.

Moon & Antarctica (Epic) is an over-all solid album but there’s some songs I really could live without. When it clicks though, it feels amazing. There are several songs that just fit perfectly together and flow seamlessly into one another. I love the sequence of “3rd Planet,” “Gravity Rides Everything” and “Dark Centre of the Universe,” and then “Alone Down There” and “The Stars are Projectors.”

Modest Mouse excels at storytelling. Their songs aren’t just verse-chorus-verse. They are stories, parables and theories of our human existence. There’s also some really intricate layering going on, musically. “3rd Planet” swings like a pendulum. “Gravity” feels like riding down a long, rolling road infinitely. “Cold Part” sounds hollow. “Life Like Weeds” starts upbeat and jangly and devolves into a dirge. There’s a symmetry to this album.

That being said, I think Strangers to Ourselves will take some time to grow on me. That’s not to say that I don’t like the album 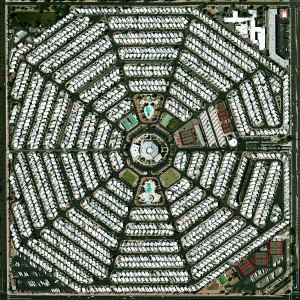 enough, but I’m not enchanted with it. There are delightful moments of melody and foot-tapping rhythm on  “Be Brave,” “The Best Room” and “Pups to Dust.”

I have no doubt the upbeat songs will play well live. Actually, with each listen as I am reviewing the record, I am catching more little rifts that I like. To be honest, when Moon came out, I was still humming The Lonesome Crowded West. It’s possible that it’s just a problem of delayed reaction. In five years, I’m sure that I will fully appreciate all the special pieces of this record. It’s not them; it’s me.

Where to Get It: You can order both albums here.