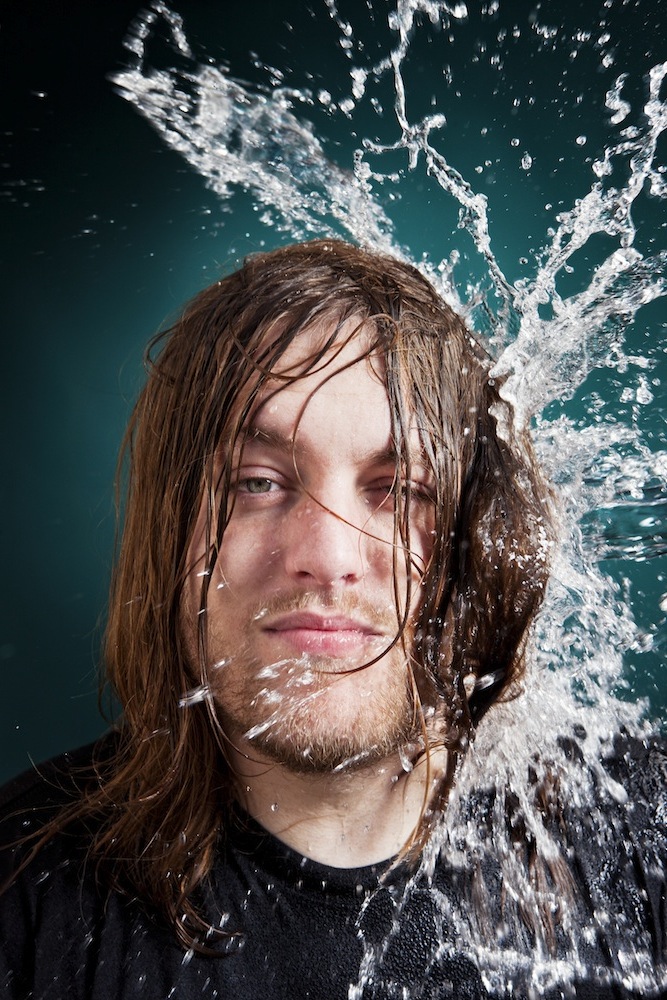 For a song about lamentation, a video paying homage to times past is the perfect eulogy for something that is lost. Gearing up adfter a hiatus of nearly five years, San Diego punk rockers Weatherbox recently released Flies in All Directions, and with it comes a video for lead single “Pagan Baby.” If you missed 2007’s American Art or 2009’s Cosmic Drama, “Pagan Baby” works well as a refresher, kicking in immediately with catchy riffing and an upbeat drum section. From there, it’s all angsty, fuzzy agoraphobia beneath sweet overtones of radio-friendly pop punk that ironically beg singing along.

The video for the track, directed by Max Moore, is a throwback to The Replacements’ “Bastards of Young” clip. The Replacements’ video made a huge impression in the mid-80’s by featuring an unbroken shot of a speaker with some vinyls stacked against it. The only listener is an unseen person that sits on a couch just out of frame smoking a cigarette. As a statement piece, it came to symbolize a rebellion against the coming age of MTV and the onset of the elaborate, glitzy music video, all by letting the music speak on its own before the anonymous guy in the video kicks the speaker in.

Similarly, the Weatherbox new video uses a static shot, but this time it begins with footage of the band performing, panning out to rest on a desk and a computer screen on which the action plays out. There’s another anonymous person on a couch, this time drinking a beer instead of a smoking a cigarette. On a basic level, the visual mirrors the reclusive comforts that frontman Brian Warren sings about in “Pagan Baby” (it’s such a nice day / let’s stay inside) by presenting a viewer content to soak in the internet instead of the sun’s rays. But implicit in this very modernized appropriation is the fact that whoever’s watching the actual video (that’s YOU, dear reader) is also watching a computer screen while life goes on beyond it.

In this way, the video’s statement speaks more on behalf of how we experience music thirty years after The Replacements used “Bastards of Young” to shows that music was becoming something that would no longer exist solely in an aural realm. We no longer kick in speakers; instead, we troll comments sections. There’s no emotion or reaction from the listener as the computer screen goes black, and why should there be? Discovering a band is less immersive and far more casual than its ever been, our pixelated rockstars filling blank moments in our lives.

Oddly enough though, Warren seems to be okay with that sea change, arguing as he does in the song’s verses and choruses that maybe there’s value in curling up inside and and “keeping a crooked life,” that sometimes that act is a necessity. Warren’s own mental health is a crucial example of this; he’s suffered near-debilitating delusions for years now, something he’s finally able to spin positively on Flies in All Directions. Though the lyrics are less than sunny, the hooks on “Pagan Baby” are ones you’ll find stuck in your head whether you’re staying home or are out and about.