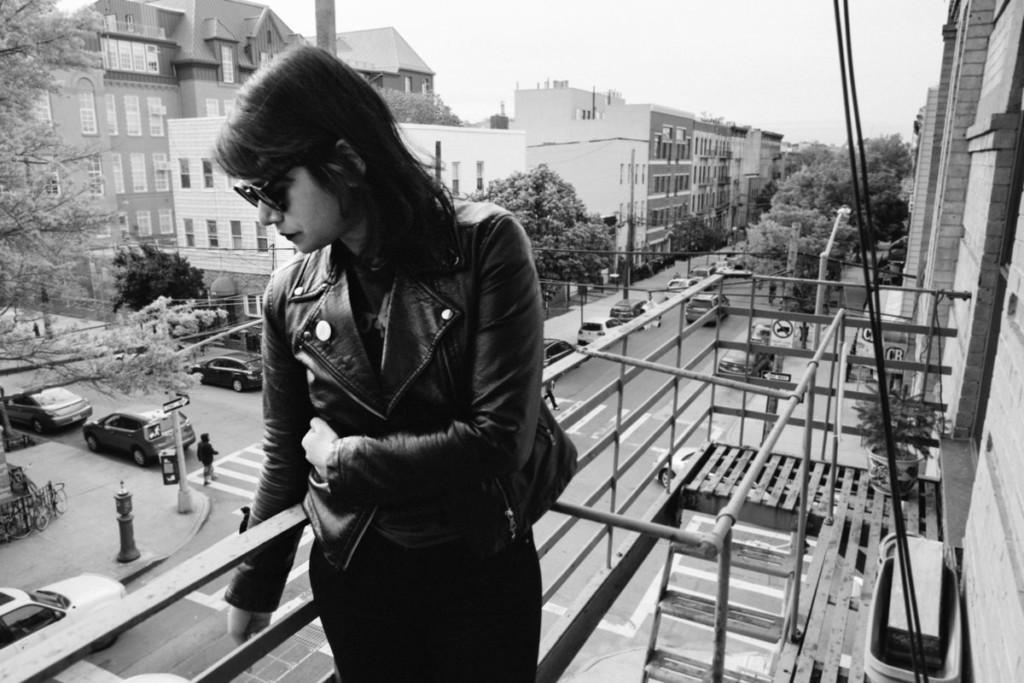 New York, the city that never sleeps, takes an especially hard toll on those who make its endless nights possible: the waiters, the bartenders, the ticket takers who silently put up with endless shit from drunken idiots. The service industry is favored by artists who need to pay their bills, but at what cost? Shilpa Ray provides insight into this experience on Door Girl, an album that recognizes the soul crushing realities of working in the nightlife industry while ultimately overcoming them. A longtime New Yorker whose “day job” inspired the title of her latest release, Ray is more than qualified to expound on the topic.

Door Girl contains moments that are both beautiful and brutal, sometimes at the same time. Songs such as “Morning Terrors Nights of Dread” and “Add Value Add Time” use comforting, doo-wop vibe to gloss over topics such as anxiety over work, broken dreams and the isolation that comes with city life. Ray has a rich, deep voice that can create a dreamy atmosphere, even if she’s singing about creeps in Manhattan who prey on drunk women. But on “EMT Police And The Fire Department” she switches to a snarl in an instant. The song explodes with rage after a monologue that sets the scene for a night of disaster: “The air was so thick you could cut it with a knife/The sweating crowds so thick it could make you want to cut them with a knife.” From her post, she’s both an innocent bystander and complicit in the madness, screaming, “I’m charging eight dollars to go to hell, it’s right upstairs.”

“Revelations Of A Stamp Monkey” takes a completely different approach, with weary spoken lyrics over a hip-hop beat and a verse of rapping by Skurt Vonnegut. The humor of a repeated line – “Popped collar, who popped the collar/Muffin top” creates a stark contrast to one of the album’s most poignant lines, “You wanna know where my heart went? It went straight to making the rent.”

There was no better venue to debut Door Girl than Pianos, the very place that inspired “EMT Police And The Fire Department.” Located right in the middle of the Lower East Side’s infamous Hell Square, the area explodes with rambunctious crowds on the weekend. But last Wednesday it was calm, the venue packed but politely focused on Ray’s performance. The audience seemed drawn completely into her world, her commanding presence casting a show-tunes glow over the whole affair. The touristy Statue of Liberty crown she wore made the whole thing even more endearing. Maybe it was a reminder of how someone feels when they first move to the city, when it seems romantic and exciting; before the frustrations of the MTA, the high rent and dread of a dead end job grind them down. Maybe it was a symbol of perseverance, that it’s worth it to live in such a demanding place. Or maybe it was just an ironic prop. Either way, it was a perfect accessory for an album that exposes both sides – the magic and the mayhem – of of New York’s hustle and bustle.