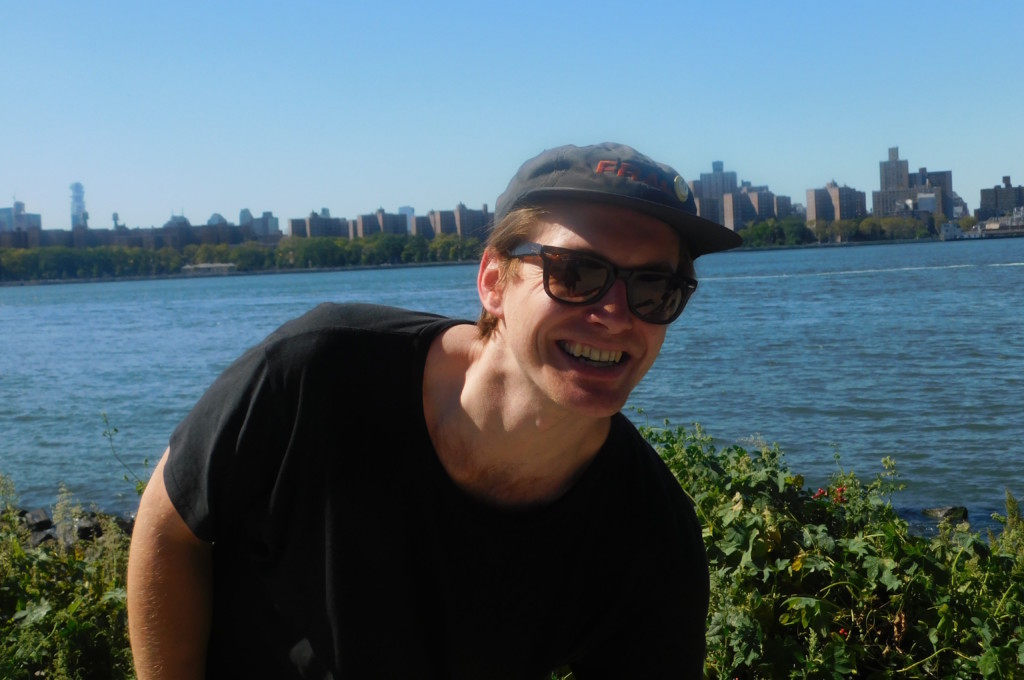 Origin stories: they’re typically how I kick off these off, some pseudo-enticing meetcute in the heart of the scene. A half-drunken beg for an interview, an impromptu striptease, a deep side-eye at Two Boots Williamsburg. A chat in front of Little Sunnyville Gutterway Footskips Stadium. A bite from a radioactive spider. I mentally collect these origin stories, and yet I cannot remember meeting Davey Jones. Instead it feels like Davey’s been the perennial maypole at the center of our scene, linked to everyone. Lost Boy ?, as you damn well know, is a staple.

Incidentally, I played the everliving fuck out of my creamsicle copy of Goose Wazoo last October, savoring the trillions of clever pop culture references, floating in legitimate lo-fi heaven. Recently, Davey’s really inking and coloring the sound; the most recent Silent Barn iteration of the band is fleshed out by Jeremy Aquilino on bass, Adam Reich on guitar, and Charlotte Kahn on drums (and everyone else on air guitar).

But today it’s just the two of us, because Davey is fam, and with fam, you message them late on Friday like, “Dude, I was serious about having you as my October column, plz let’s hang out tomorrow.”

The Scene: “We’re going to find Davey…and I don’t think that should be hard…because he is approximately…9 feet tall…give or take,” I mumble into my second iPhone, weaving around stacks of post-punk standards.

It’s the Brooklyn Flea Record Fair and in between quick flips of vinyls (hmm, do I need to throw down $10 for the Rock N’ Roll High School soundtrack?) I’m struggling to find Davey. But oh! There he is, and after salutations, he digs out his finds. The objective was Massive Attack, which he found for the decidedly NOPE price of $55.

“But I got Mosquito which is kind of an odd record,” he says showcasing the distressed pastel pink album cover. “It has Jad Fair of Half Japanese, and Steve Shelley, the drummer of Sonic Youth. The vocal, I think, is supposed to sound like a mosquito.”

“They have a weird effect on Jad’s voice the entire record,” he says before showcasing the rest of his finds: a bizarro double Cure re-issue, Richard Hell and the Voidoids, and two cassettes. (“One for Nick, one for me.”) 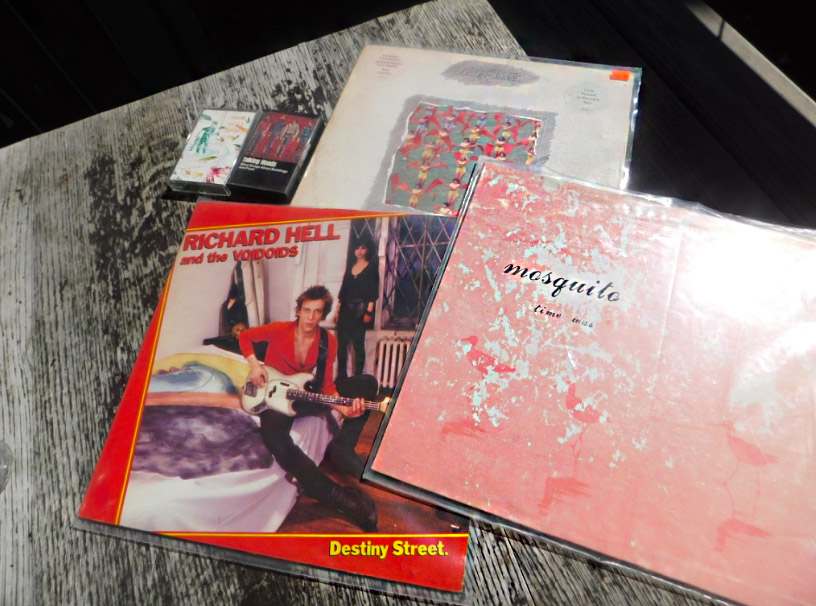 We decide to go into the anxiety-inducing crowd of Smorgasburg and diverge to get our food; he’s gonna get the vegetable pancakes and word is the mozzarella sticks are hella good.

But like Rock N Roll High School, we confirm they’re not $10 good.

12:46 “You gotta get in on this,” Davey says, offering his plate of Okonomiyaki.

“Oh, I’m gonna get in on this.” I say, forking a sizable, quick-to-crumble bite. We’re in line about to grab beer and a table, a slow rendition of “Feel It Still” soundtracking our orders. There’s chit-chat about the Sharkmuffin girls (Nat is his GF, Tara is my Russell Hammond, you may know them from this website and just about everywhere else) and how they’re finally gonna be home after touring all year. Then I ask Davey how he wants to wrap up his 2017.

“I’m thinking maybe I’ll work on one animation specifically, and put it to song. It’s been kinda on my list of things to do. And I’ve been working on this character for a while.”

“THAT’D BE SO COOL, like a Lost Boy ? music video that you’d animate yourself?”

“I actually have like two characters, so I think they might both appear. I gotta figure out what the body would be for the bird with the spikey hair.” I demand receipts for these characters and he graciously provides them:

“He’s kind of like a rabbit meets a bird, and then he has Goofy teeth.”

“I love the hat, the hat is a nice touch,” I say, before he introduces me to Nosey and Bosey.

I squint at his iPhone screen. “So what are their personalities? This one seems sad…”

“Nosey’s like, obviously a nosey-body,” he explains. “And Bosey’s the kind of character that gets into trouble. Probably drinks too much.”

“Well, that’s why he has the stubble,” I confirm.

“He has stubble and a red nose, and Nosey’s probably always checking in on Bosey and knows too much about what’s going on in his life.”

“He knows all of his secrets.”

“And that’s why Bosey’s kind of depressed.”

“Because he’s an alcoholic and his friend knows that he’s trash,” I confirm, now fairly certain Bosey is my spirit animal. “You know what I love about animation in general? You have to convey certain personality traits but you also have to simplify it since it’s a simpler form of art. Which I think in some ways is more difficult; you either have to exaggerate it or have a good signifier, like a red nose or something.”

He nods. “You can get a personality just by looking at the character, right. You can get it just by the smirk or by the eyebrows. Maybe the mischievousness of even like…”

“…their posture,” we finish together. 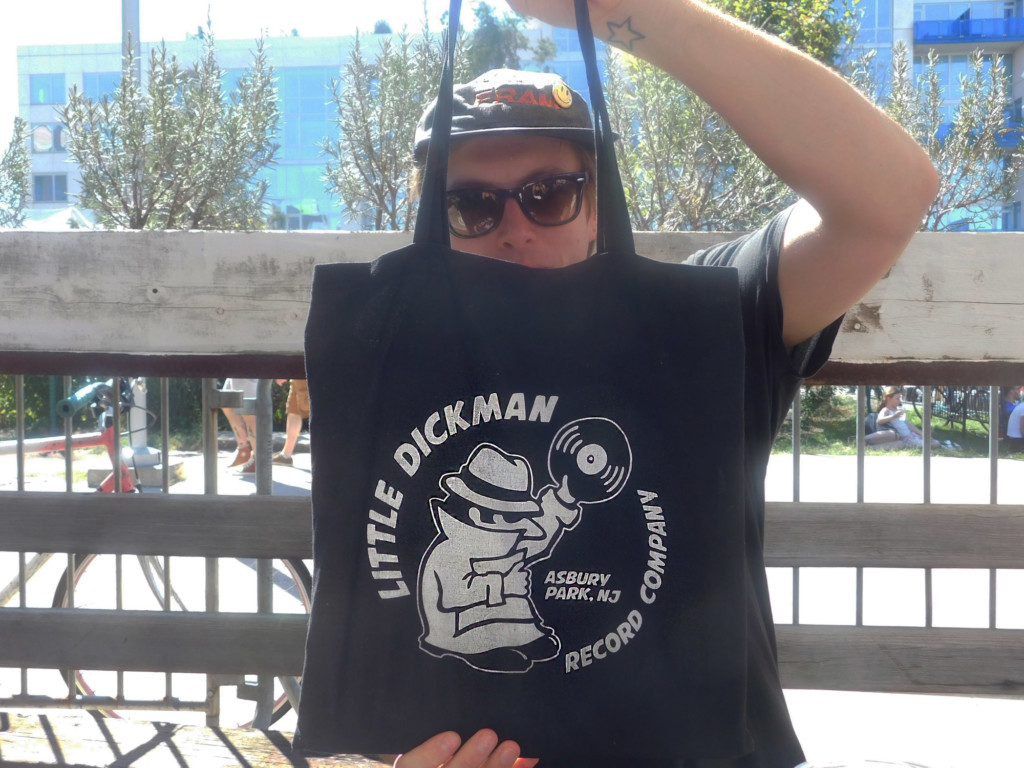 1:02 “What was your favorite ride at Disney World?” I ask, and I kid you fucking not, Davey’s face lights up at this as if we’re literally next in line for Star Tours.

“Oh, oh, the Aerosmith ride! Yeah, I loved that ride, ’cause it was so fast, I think I went on that one three times.”

I am very certain that Natalie is a saint because you could not convince me to go on that once, let alone three times.

“That one and the Tower of Terror,” he continues. “I think that was my favorite place to go in Disney. That whole park, it’s more themed for adults. It kinda looks like you’re in Who Framed Roger Rabbit, and there’s alcohol.”

“And there’s alcohol, which is the best part,” I agree, remembering distinctly when my mom bought me a $12 strawberry marg there so I would stop complaining about being in Florida.

Apparently the couple managed to hit up all the rides except the Toy Story shoot-out game and Splash Mountain, tragically closed at the time. It’ll be the first stop for next time though, for sure.

“Are you hot?” Davey asks suddenly. “I feel like you’re in the sun pretty hard.”

“It’s kind of hard not to say Mickey Mouse just because I love him so much,” Davey says, and remembering his Mickey costume at Little Skips last Halloween, I’m not surprised.

“He’s so classic though,” I feel this feel really hard because Brooklyn Year One was spent wearing a lot of red, white, and Mickey ears.

“It’s also just because Mickey was so innovative for future characters in a lot of other cartoons that aren’t even Disney.”

“It’s not even that Mickey Mouse was the first cartoon, but he was just a perfectly crafted character,” Davey explains. “Now, from my understanding, Walt Disney did not totally create Mickey Mouse, I believe it was one of his good friends that designed Mickey Mouse. But even so, the character and his personality is so well developed, and so influential to Felix and even Popeye. Without Mickey Mouse you wouldn’t have great animation.” He pauses. “Mickey and Minnie Mouse, really,” he clarifies (#equality).

1:32 Btw some point around here we chit-chat of typical Saturday afternoon: propaganda cartoons, the utter terror of this administration, and whether people at their core are more good than evil. And we talk about Halloween costumes—him and Nat are going to “keep rocking the mouse theme” and go as Pinky and the Brain. I’m probably gonna be 1995 Gwen Stefani on this album cover. 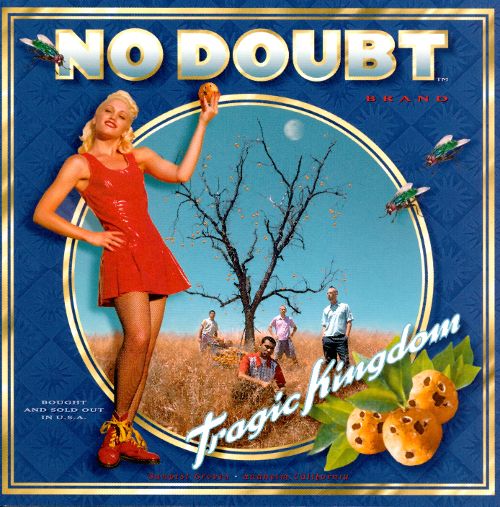 “And I’m considered hiring, legit hiring some of my musician ex-lovers to be the three blurry guys in the background,” I explain.

“You should get together a No Doubt cover band of your ex-lovers and call it Tragic Kingdom,” Davey says.

We burst into a fit laughter as I die inside (only a little).

Anyway, I’d love to tell you more about that, but…

1:56 “Goddammit, we might need to hang out more because my phone just overheated and died.”

Luckily, Davey and I are both yearning for ice cream and figure it might be a good plan to antagonize our friends at the Van Leeuwen trucks.

We skim through a sidewalk sale where a man is unloading all of his music. I, someone who hates music entirely, chastise this guy for getting rid of all his Siouxsie & the Banshees impulse buys. Davey, ever a consummate music collector, reluctantly picks up another handful of cassettes, including a last minute Tears For Fears album.

“It’s funny because I was looking for that exact Tears for Fears album, and I didn’t even notice it, I just went back and double-checked.”

“There’s like, few greater joys than finding something in a different way then you’d expect it.” 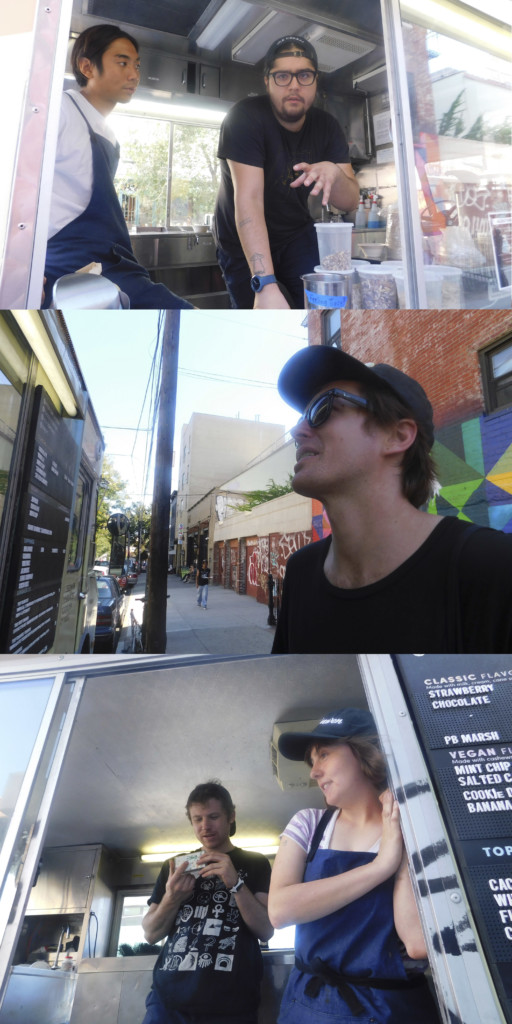 We say hi to Zach (of Darkwing) at the Bedford hub, before hitting up Nick Rogers (of Holy Tunics and like one episode of Girls), and Lisa Mayer (of…all of our hearts) by Transmitter Park. There is a graphic design expo, so we hit that up before parting ways. The day, regardless of the tech heatstroke and the fact that everyone’s out of summer berry crumble, has been fruitful AF.

In one day we’re centralized in literal and figurative festivals of art, music, friendship and $10 motz sticks (I stroll by the Intimacy Expo on my way home but, mmm, hard pass). I love it: it’s like Brooklyn on steroids. And it feels right that I’d have this mini-adventure with Davey, even though, and now it’s nagging on me, I don’t remember when I met him.

But I guess that’s fine. That’s how it is with ubiquitous characters, particularly ones that define a culture in a few brilliantly simple strokes. You don’t remember being introduced to your big brother. You don’t remember the first time you saw Mickey Mouse.