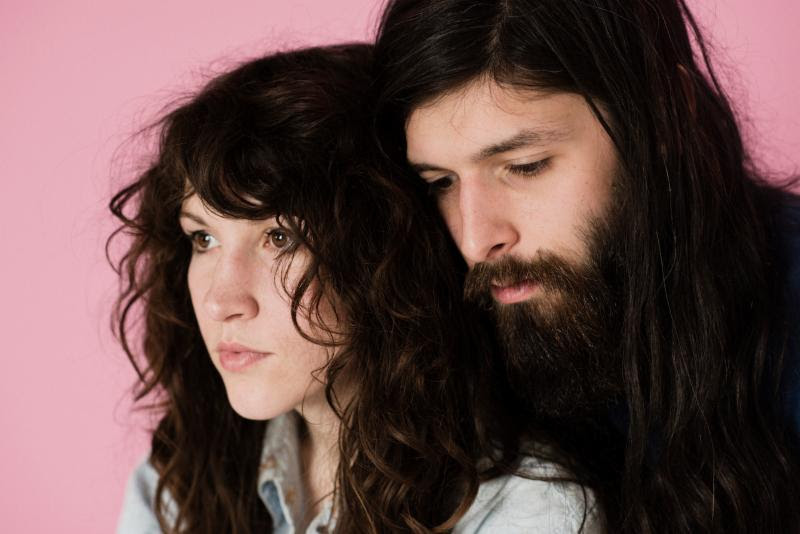 After an abundance of changes, Widowspeak is now two. Molly Hamilton and Rob Earl Thomas did what all Brooklyn artists dream of doing, and rambled on to the Catskills where they live with a pup dog. They took their time in creating All Yours, an album appropriately about “moving on.” While they’ve moved on, they’ve kept what’s gold, working with tried and true Jarvis Taveniere, who produced their self-titled debut in 2011, and drummer Aaron Neveu.

The album opens with the title track that sounds exactly as my fantasy of fleeing the city for nature with a lover should. Their slow-paced blend of folk and shoegaze creates a sensation of nostalgia and rooted observation. On “Stoned” Molly exhales the drug that is love  “…and I felt stoned…” Things pick up and crawl a little deeper to your heart on “Borrowed World” when Rob laments, “I know that I should pay attention, but I never paid any mind.”  Rob rarely shares his voice; the addition of his vocals round up the listening experience. “Living in a borrowed world – with you.” On All Yours the two let us into their world via a cohesive and comforting album that’s as delightfully irreverent as it is insightful.

Listen to “All Yours” below.