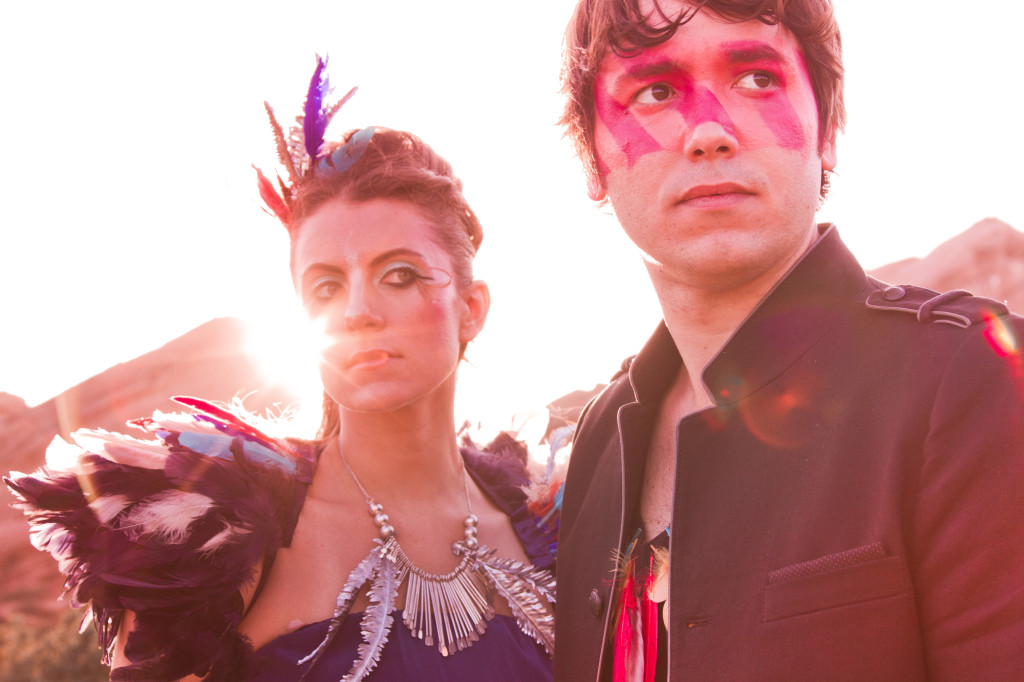 Kin duo Bruce and Erica Driscoll formed into Blondfire only recently, yet the band has already trailblazed the path for the indie scene, recently hitting the number 1 spot on iTunes Alternative. But get this- they did it without a record label. Nothing more galvanizing than that. In the interim between their attention grabbing debut and their forthcoming sophomore release, they’ve been busy playing every single major festival, and touring  with greats like Surfer Blood and AWOL Nation.

A year since “Where The Kids Are” premiered, they are returning with another magnificent dreamy-pop rock single, “Young Heart.” The Driscoll’s have found the perfect formula for the track, emphasizing on the balance of a bouncy synth and guitar-driven melodies . Erica’s vocals are cavernous and entrancing; she sounds like the vernal equinox–each note delivering hope for renewal and the redemption. “Love lost, but look what you found now. Give it to the past ‘cuz you’re such a young heart,” she sweetly croons, giving optimism to those who’ve had love vanish before their eyes like a magic trick.

You can thank the sibling’s unique parental influences for the spark in their songwriting: their father taught Bruce the beauty of noodling on the electric guitar, while their music’s Bossanova undertones can be credited to their Brazilian mother–a classically trained pianist. Check out “Young Heart,” off of their forthcoming full length due out 2/11 on Tender Tender Rush.