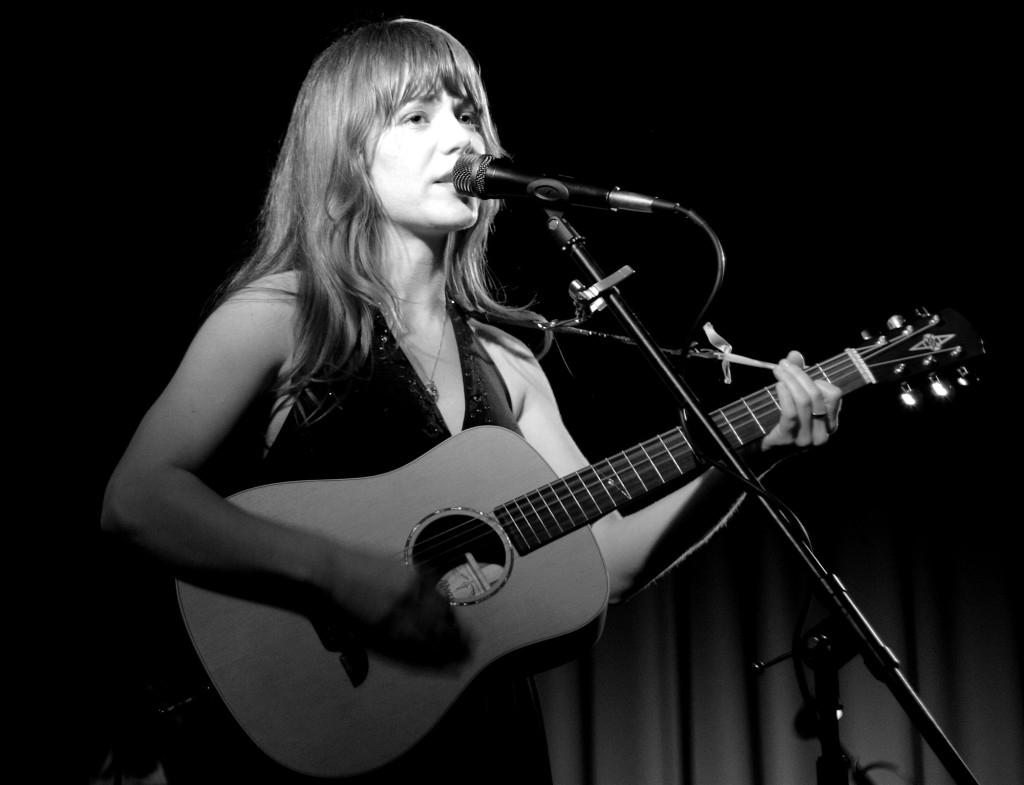 There’s only one difference between you and me

When I look at myself all I can see

I’m just another lady without a baby

Jenny Lewis has had a long and fruitful career since she began singing as the lead vocalist for Rilo Kiley back in 1998. After putting out five albums with the band – Take Offs and Landings (2001), The Execution Of All Things (2002), More Adventurous (2004), and Under The Blacklight (2007) and rkives (2013) – Rilo Kiley called it quits. During this time, Lewis moonlighted with The Postal Service, providing the female vocal counterpart to Ben Gibbard’s rather infamous electronic project on their debut album, Give Up (2003). Lewis also formed her own band with Johnathan Rice, appropriately named Jenny And Johnny, releasing their debut album I’m Having Fun Now in 2010. Jenny Lewis has also had a successful solo career, and has released two solo albums to date – Rabbit Fur Coat (2006) and Acid Tongue (2008), as well as a soundtrack for Very Good Girls starring Dakota Fanning and Elizabeth Olsen in 2013. Once a child actress herself, Lewis is now set to release another solo album, Voyager, via Warner Bros. Records on July 29th. She’s been performing teasers from the record at live performances, but now she’s officially released “Just One Of The Guys,” the first single off of the upcoming album.

Produced by Beck (who also provides the background vocals), the track is reminiscent of the floating and relaxed country/indie/folk blends that both artists are known for. “Just One Of The Guys” rolls through each verse and chorus with accented 2nd and 4th beats (on a steady 4/4 metre) that acts to keep the song moving while the slow tempo relaxes the mood. The drums actualize this rhythm as an electric guitar lazily strums over the beat. While the bells in the background add to the charm, nothing is more charming than Lewis’ vocals. While she rests in her middle range for the majority of the tune, she stretches into her soprano towards the end of the track, and the breathy beauty in her voice is fully realized – a fragility artfully counteracted by Beck’s lower, grumbling vocals.

Regardless of its musical pleasantness, “Just One Of The Guys” is actually a pretty angry song.  The frustration and dismay inherent in the narrative are mapped out plainly in the opening lines: “All our Friends, they’re getting on, but the girls are still staying young.” Lewis goes on to tackle the particular nuances of gendered double standards, in particular society’s approval of older, single, bachelors and subsequent disapproval of unwed, motherless women of a certain age. It’s not just societal faults that plague Lewis; as the chorus continues into the second verse, she wonders at the thing inside that won’t let her be as disaffected as her cooler male counterparts. And it’s not just her feminine emotions getting the best of her, but also that pesky biological clock. While her honesty is nearly cringe inducing, the last bridge of the song reflects a shoring up of resolve and a recognition of the strength of the so-called “weaker” sex: “I’m not gonna break for you, I’m not gonna pray for you, I’m not gonna pay for you, That’s not what ladies do.” The simplicity of the song belies the potential complexity of its content, and while it’s not clear if Lewis is really attempting to buck tradition or desperately give into it, it is still, in its way, astute and astoundingly relatable. It’s not quite “Just A Girl” but it’s got all the makings of a successful indie pop hit.

Jenny Lewis is currently in the middle of a national tour; Voyager comes out on July 29th. In the meantime, check out the lyric video for “Just One Of The Guys” below: