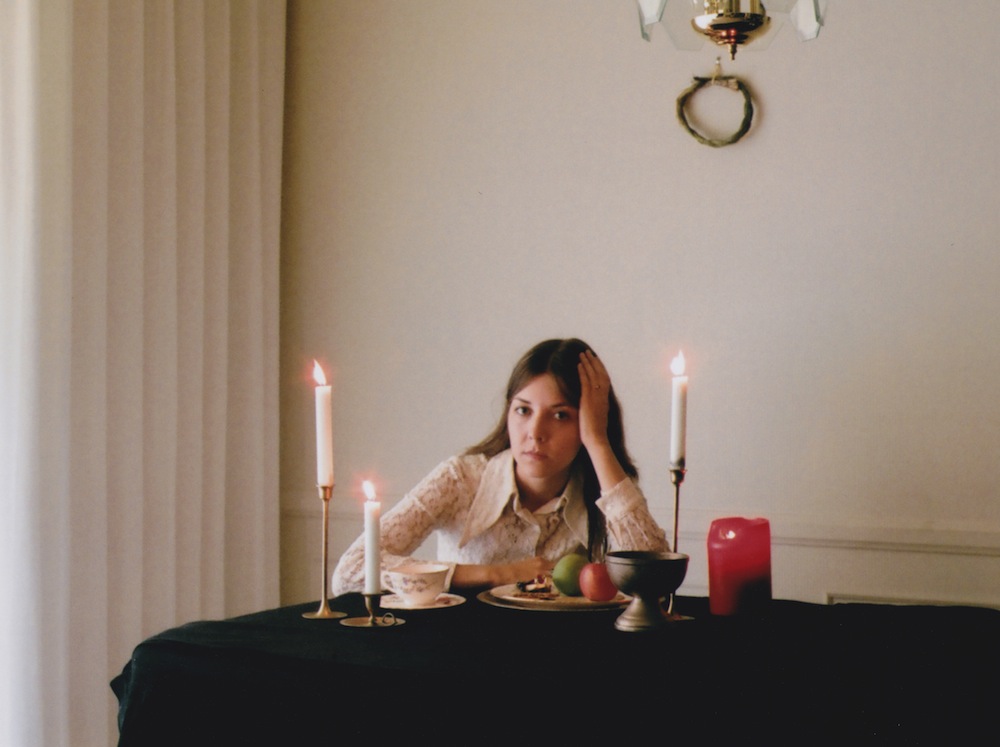 As curator of his New Images record label, Matt Mondanile (a.k.a. Ducktails) has quietly assembled and eclectic roster that includes the blistering psych of Spectre Folk, the bright atmospheric drone of Helm, the wonky synth and gamelan collage of Tsembla, and classic Big Star-esque indie of The Shilohs. With the release of Itasca’s Unmoored By the Wind, Mondanile adds the smoky nostalgia of folk singer-songwriter Kayla Cohen to his cohort. Ahead of the record’s October 14th release, Cohen shares newest single “After Dawn,” a soulful acoustic piece tinged with the first blue hues of the sun coming up after a long, hard, night.

Prior to signing with New Images, Cohen released a slew of small-press CD-rs and cassettes as well 2012 LP Grace Riders on the Road. Fans of folk greats like Sibylle Baier and Linda Perhacs will find a lot to love in Cohen’s contemplative tunes; in “After Dawn” she takes the simple act of sitting at the window and turns it into a refined art. “Say my prayer for the day” she hums in a detached, low register, “and the light streams through the window / hours slipping through my fingers / and it’s just like i thought / you wait for a time then you forgot / how to spend each day / trying all the same.” The verse is followed by soporific guitar picking in which she seems to get lost, and a brief, light-as-air flute solo flickers through her strumming like some wandering notions through her consciousness. She’s so meditative that she’s lost, and so lost she’s ambivalent, but rather than a careless shrug, Cohen has chosen to embrace and commemorate that floating feeling. It’s impossible to not want to float along beside her.

When the vocals come back, time has passed; Cohen sings: “After dusk, sit by the window / look out at the people walking by / all my thoughts in the air around / can so easily fall away,” and it’s easy to wonder what cerebral journey she’s been on. For all her reverie, she keeps the thoughts that trouble her to herself, stating cryptically only that they’re lost beyond the pane of glass, shifting transparently like a reflection there. Her lyrics are sparse enough to want more of them, to want to wander in that same trance forever. Unmoored By the Wind promises to offer the perfect soundtrack to a daydream, which makes Itasca daydreaming’s newest muse.

Pre-order the LP from New Images here, and take a listen to “After Dawn” below.