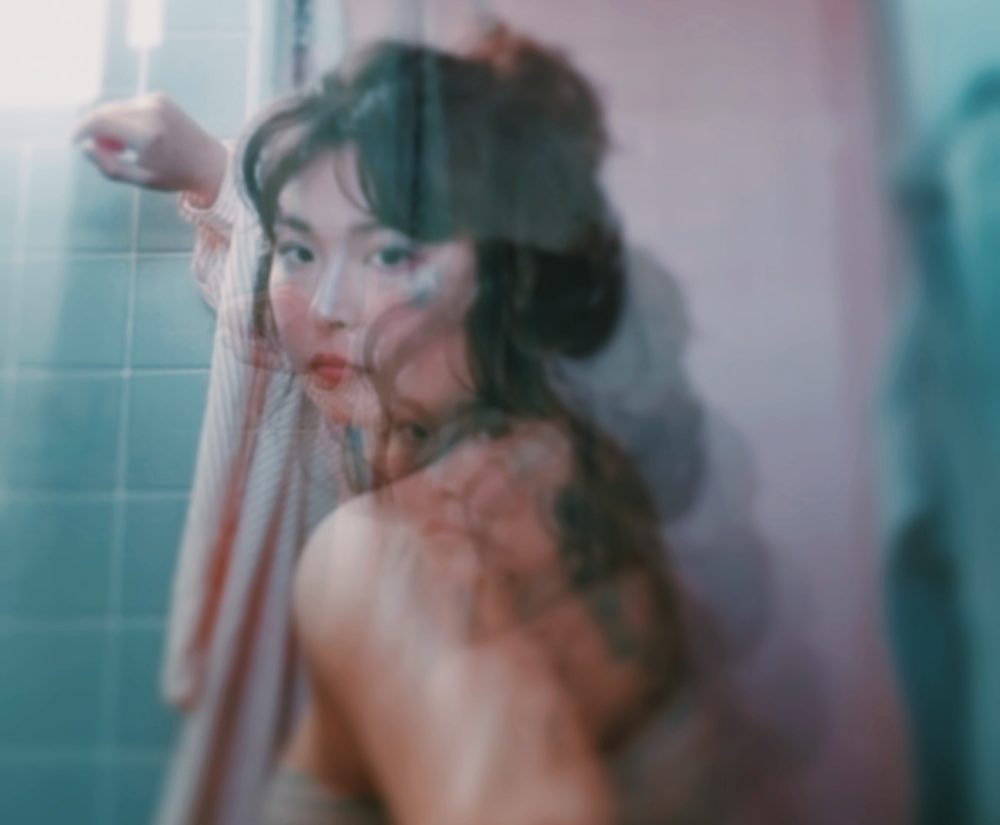 NYC-based singer, songwriter, and pianist Siv Disa’s musical style is unmistakable; minor chords and dissonant sounds give her songs a haunting feel, while her warm, soft voice invites the listener into even the darkest of stories. Her latest single, “Fear,” released by Irish singer-songwriter Maija Sofia’s record label Trapped Animal Records, is an embodiment of this distinct sound she’s mastered.

Disa’s delicate vocals, conversational lyrical style, and synths in the song are reminiscent of indie pop bands like The Blow, while the instrumentals and subject matter conjure up gloomier acts like Orion Rigel Dommisse. The video follows the latter thread, showing Disa wandering through an abandoned road, a dark wooden house, and a winter forest as she sings, “I’m a little bit in love with everyone I’ve ever touched/Come a little bit undone then disconnect before it comes to much.”

It seems fitting that the song was conceived while Disa was walking between New York City subway platforms. “I’d just left someone’s place who I was seeing at the time,” she remembers. “It was so blisteringly meaningless. I remember floating out of my body and watching both of us so politely pretending that we cared more about one another than we did because that’s just what everyone does. Seeing someone else carry out the same delusion broke the spell of my own. I worried that even if I could give someone the room to actually matter to me, it wouldn’t grant me the ability to feel connected to another human being.”

Disa describes the end of the chorus — “I don’t really like to think about that too much/There are an awful lot of doors that I keep shut” — as an expression of her “life philosophy” at the time the song was written. “Staying in motion has always been the method of self-preservation I revert to, but it makes you a bit divorced from reality,” she says. “It tricks you into thinking you’re the puppet master of not just your own life, but your entire world.”

Disa says she was more involved in the production of this song than her earlier projects. She and her producer Sam Palmer made their own vocoder, and the spoken lines in the beginning are a crossfade of Palmer’s voice into her own. “From the first second of the song, we wanted to create a sound world that felt familiar, but somehow off,” she says.

She’s directed many of her own videos, including this one, which was recorded at a country farmhouse on an old Kodak Easyshare camera. “Since the budget of this video was about zero dollars, I wanted the DIY aesthetic to feel intentional,” she explains. “Working with that constraint was a fun challenge. I think art that is low-budget is always more effective when it stays self-aware of that.”

She crafted the storyline with the aesthetic of ’70s B-movies and homemade horror in mind, aiming to give off the appearance of “a video that someone might find on a camcorder in their attic, something that enhanced the feeling of the song being both familiar and unsettling,” she explains. “I wanted the viewer to be able to step into the role of monster, victim, and voyeuristic witness as they transitioned from scene to scene.”

Disa is currently halfway through recording a full-length album, making do with the limits on her activity by recording at home on a Tascam 8 track, and is working on videos for some of the album’s songs.

Lately, she’s been learning to take the same experimental approach to songwriting and production as she has to video-making. “Women and nonbinary people are much more likely to wait to release something until they’re as prepared as they can be, whereas men learn as they go and share the products of that process with the outside world proudly,” she says. “I’m always finding new ways to get out of my own way, because I live in a world that asks women to get in their own way.”