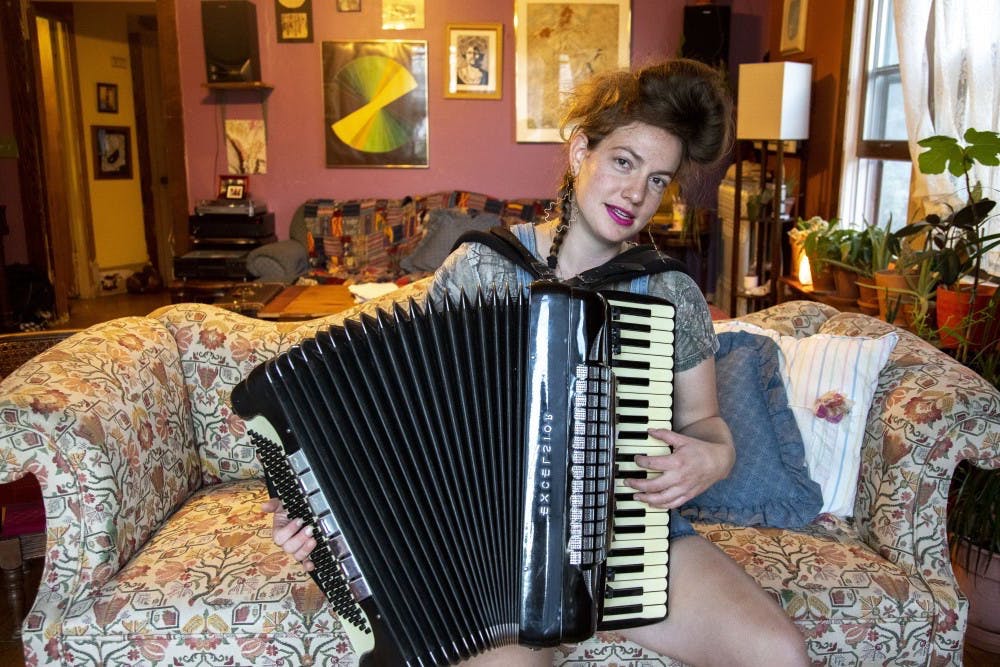 Accordionist/singer/songwriter Emily Kastrul and her band Sister Species are the definition of wholesome, a breath of fresh air during dark and uncertain times. When she’s not running an after-school program for high school students or teaching sex ed, Kastrul makes music about science, plants, and living in your hometown.

The name Sister Species is borrowed from a scientific term for species as related as they can get while still being distinct, reflecting Kastrul’s background in biology and gardening and her music’s focus on relationships and boundaries. It initially consisted of her and her younger sibling Abby Kastrul on guitar, then expanded to include Ryan Hays  (bass), Lars Johnson (drums), Willow Waters (guitar, harmonies), and three trumpet players – Noah Ophoven-Baldwin, Jake Baldwin, and Sten Johnson – after Abby left to start a baking business (did we mention they were wholesome?).

Their latest video for the song “Heat Death (Hold Me Here)” embodies this image, featuring Kastrul holding and playing with various felines and cuddling with different objects and people. The song was inspired by winter in Kastrul’s hometown of Minneapolis and the concept that cold is the absence of heat. It uses this framework to explore a variety of topics from the end of the universe to the power of imagination, as Kastrul sings, “Beyond that final exhale of expansion / you can find me dreaming of the other side.”

“‘Here’ to me mostly means Minneapolis, but I also mean here as in now — what holds me to the present moment? What keeps me from spiraling into a dark swirl of anxiety?” Kastrul explains. “I hope that the video has some lighthearted answers to the question of what holds me here and gets me through winter: animal friends, friends’ homes, band members, saunas, ice skating… the sequence of me spooning a bunch of different things has me literally holding some things that keep me grounded.”

Perhaps the most charming aspect of the video is the cats, which are all pets Kastrul personally knows: One belongs to her housemate and her sibling, another is her bass player’s, and several are her friends’. “The cats started as a B-roll concept, like ‘wouldn’t it be funny if I was lip-synching with cats while wearing all big-cat-animal-print-clothes?'” she says. “Then we slowly realized that cats are a great window into some of the themes of the song. Cats are creatures that we hold, and who we look to to ground ourselves in our daily lives.”

The song is off the band’s upcoming album Light Exchanges, which comes out May 22. The album centers on Kastrul’s experience spending most of her 20s where she grew up in Minneapolis, living in the same house and working at the same school for seven years, and maintaining her band for eight years — something considered somewhat unusual for the always-in-flux millennial generation. As a gardener, Kastrul has learned to appreciate the excitement and change that come from tending to something in one place.

“There have been so many songs written about leaving — I wanted to write about the more subtle changes that happen when you stay,” she says. “It can feel scary or vulnerable to be held in place, especially when the dominant narrative is that people who play music or people who want to ‘be successful’ should move somewhere bigger.” 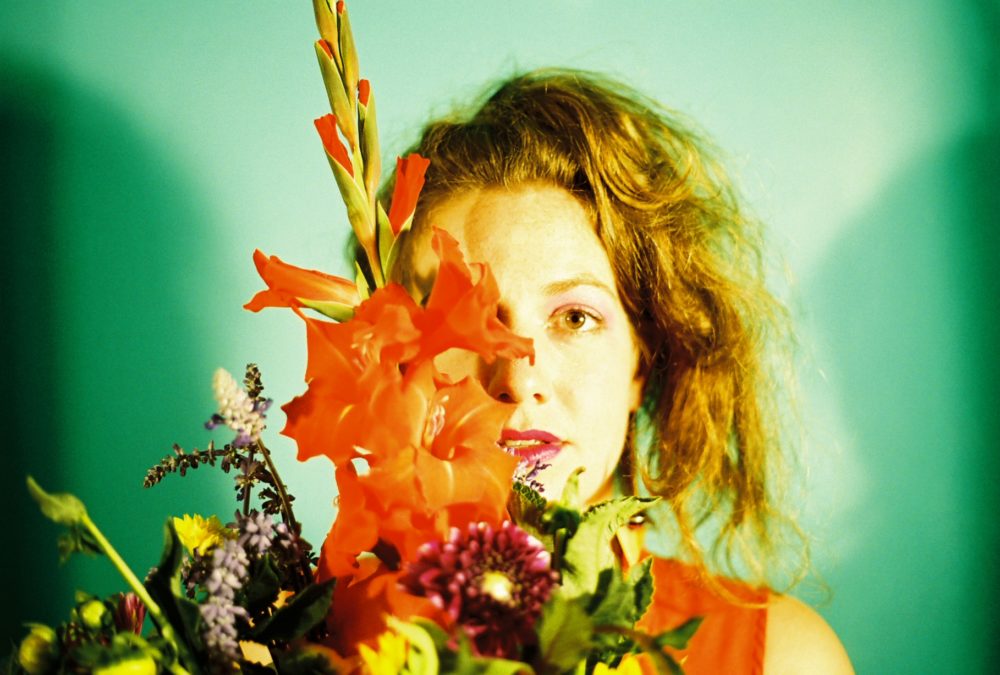 Trumpets figure prominently on the album, and Kastrul likes to imagine them as “alien guides” escorting people through the galaxy of her musical universe. “The album starts far away with the heat death of the universe — like, the farthest point in the future that we can imagine — and ends with cottonwood trees in the June breeze, a very earthly, of-this-moment feeling,” she explains. “Sonically, it moves from an upbeat pop song to a slow, swirling, drone-influenced track. The trumpets are there to help us and the listener to move through these spaces.”

Nature has always been an inspiration for Kastrul, and right now, the lessons she gains from it may be helpful to many. “There is something soothing in channeling my deep emotions into metaphors about the natural world,” she says. “It’s a way to release whatever I’m feeling, and to remember that even if it’s overwhelming, my current emotional state is not permanent nor even necessarily important.”

Kastrul is currently working on self-releasing her album and creating a lino-cut print to accompany each song. You can pre-order Sister Species’ forthcoming album via their website or Bandcamp.