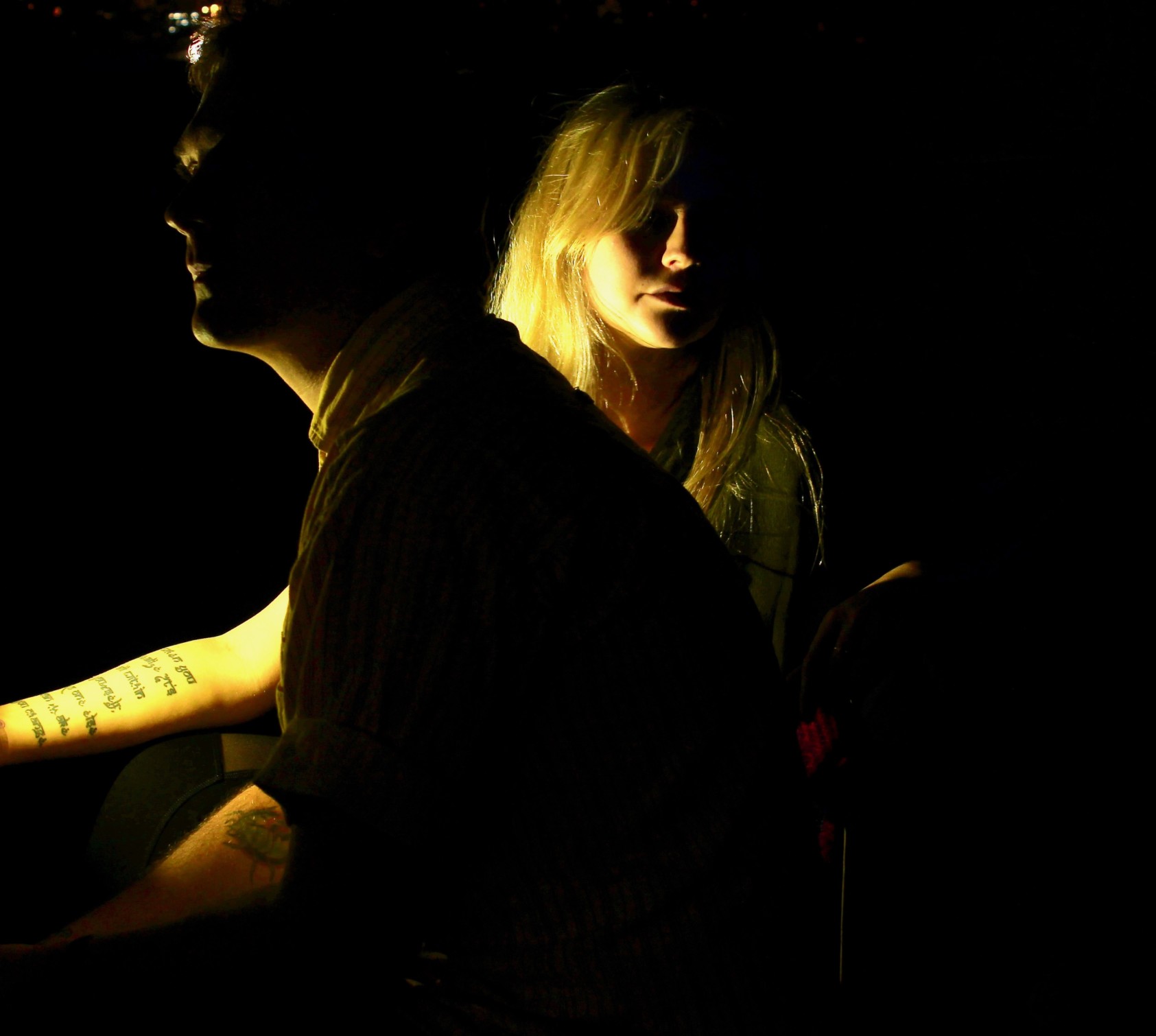 In the not-so-distant future, when the earth is covered in red sand dunes and everyone is finally wearing floor length metal space dresses, humans will need some sick jams to make love to. Brooklyn’s own Pleasure Prince is eager to provide the musical backdrop.

Musicians Lilly Scott and William Duncan use their voices in tandem throughout their new EP Entry, giving each song a playful tension, like new lovers flirting across a Voigt-Kampff machine. Off-kilter drums kick off “You Look Good To Me,” which slowly evolves into the disco beat of “Be My Friend” disco beat; the metallic touches on “Tropical Surprise” complete the ’80s noir vibe. Kick off your heels and pour yourself (and a date) a mezcal Manhattan – this album is sure to set the mood.

Read our interview with the band and listen to Entry below:

AF: Pleasure Prince is based out of Brooklyn, NYC. Where are you both from originally?

WD: We moved here together from Denver four years ago.

AF: What kind of music did you grow up listening to?

LS: I’m a diehard Beatles fan since childhood. My dad would always be blasting T-Rex and Zeppelin in the garage, and when I started learning guitar at age 12, those were my idols.

AF: Entry has an ’80s Blade Runner feel to it. What was the catalyst for the sound?

WD: We used to be in a folk-rock band together for years, and when we moved to New York we just wanted to immerse ourselves in something different, and became obsessed with synthesizers. Also, I love Blade Runner.

LS: Both of us love experimenting with new sounds. We used our vintage ’80s Roland Juno-1 synth on this record, so the Blade Runner vibe was effortless, but not intentional. I used to get told I looked like the chick from Blade Runner when I had platinum hair back in the day.

AF: Can you tell us about the writing process? Do you normally start with the music or lyrics?

LS: It’s never the same – sometimes I’ll sit down and write a song by myself on the synth or guitar from start to finish. Other times, Will surprises me by creating a whole new track in Logic with all the parts already recorded without me. That’s when I like to come in with super creative “oohs” and “aaahs.”

WD: My main instrument is percussion. I’ve been collecting all sorts of crazy drum toys lately and have been inspired to start songs using just a beat and some bass. But in reality, it’s all about the vocals and the sweet Hall & Oates harmonies we hope to channel.

AF: You’ve been performing shows in Brooklyn. What’s the music scene there like? Is gentrification killing it or are underground shows expanding to the outer boroughs?

LS: We live just a few blocks away from Elsewhere, and enjoy being immersed in both the new all ages/big ticket venues, and the amazing underground scene, which is still very much alive in Brooklyn. We played the most insane house show this summer and had the best time meeting people from all different backgrounds in the local scene.

AF: What artists are ya’ll listening to right now?

LS: Tom Waits, Can, and Broadcast play everyday at some point. I have a constant urge to discover old releases from the ’40s, ’50s, and ’60s; I recently fell in love with Walter Wanderly. Also, the new Mr. Twin Sister is fire. I’ve been listening to them forever.

AF: Other than music, what inspires you and gets you in a creative mood?

LS: Will in his robe.

AF: What can an audience expect from a Pleasure Prince show?

LS: Pleasure Prince is all about spreading love and dancing your ass off. I love playing shows and I love when I see people in the audience smiling and having fun.

WD: We wrote sad bastard folk tunes for so many years, that we had to start a project that is all about feeling good and not taking yourself too seriously. We want people to have fun, because that’s what we’re doing.