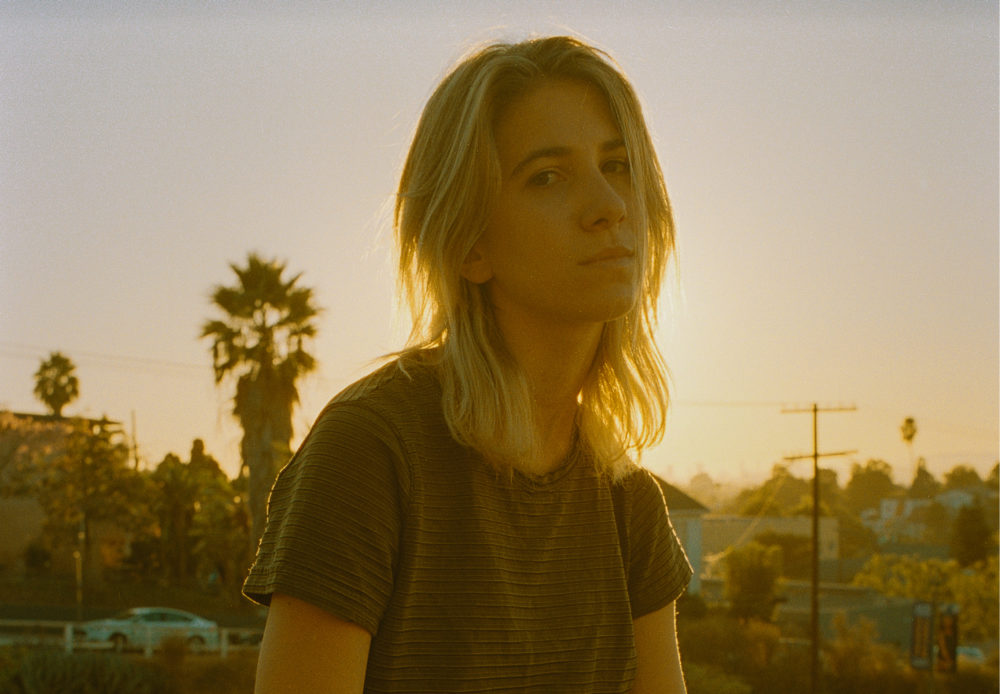 Singer-songwriter Leila Sunier just moved to Los Angeles from Colorado in September. The 23 year-old chose L.A. out of a relative familiarity—she once spent a summer interning at a music library in the area—but the change of scenery is also symbolic of her ambitions in music.

“You kind of transplant yourself  [here] because you know there are so many creatives focused on their craft and they’re very serious about it and you know that you can hopefully meet people that are like-minded and collaborate with them,” said Sunier.

“Ghost” is the second single released in promotion of her forthcoming EP, If Only to Bleed Out The White Noise. The EP, which drops February 14th, has all the trimmings of indie folk—but with a little something extra. There’s the experimental elements of noise and metal, and the authentic heartache of country-blues and vintage jazz—and she comes by each influence honestly.

“I didn’t listen to contemporary music really until I was 13 [or] 14,” said Sunier. “I grew up in a household where we played a lot of old country. Johnny Cash, Patsy Cline, that was every Saturday. We played a lot of swing jazzers. Frank Sinatra, Dean Martin. And then on road-trips, my dad grew up as like a metalhead, so of course there’s like Aerosmith, those bands from the ’80s, and whatnot. [I had] a very diverse and eclectic background.”

Her debut EP is also driven by the loss and struggle inherent in coming of age, says Sunier. Within the last couple years, Sunier completed her music studies at University of Miami and ended a formative romantic relationship, and the latter is delicately chronicled on If Only to Bleed Out The White Noise. “Ghost” is particularly nostalgic for the initial stages of her romance, and of a life where possibilities were endless and spirits were as high as a kite on a windy day.

The simple video, premiering exclusively on Audiofemme, bolsters the mood of “Ghost.” Crafted by L.A.-based filmmakers Jessie Klearman and Vivian He, and co-starring actor Gibran Zahedi-Mitchell, the video follows two lovers as they frolic smilingly on a beach, soaked in the faded colors of an overcast Santa Monica day, to the tune of Sunier’s misty, almost-familiar melody.

“This song I wrote at the beginning stages of a relationship and I really took this idea of like, ghosting – when somebody just suddenly leaves, there’s no explanation, they’re just kind of gone,” she said. “But then there’s this other side of it. To this day I still think it’s really incredible – how do you get to know somebody?  Their story, and their life kind of becomes invisibly intertwined with yours; it’s something that isn’t immediately perceived, you’re just starting to like, join energies or whatnot. That was really the whole crux, the concept. I was watching this relationship start and it was really exciting and new. And then it’s kind of funny, the phrase ‘ghost’ kind of popped up in other songs on the project because in the creation of this project I watched this relationship begin and then end.”

And “Ghost,” is the most optimistic track about this romance. In general, the painful end of this relationship—and the beginning of a new stage of life—gives Sunier’s debut EP a haunting, aching sort of quality. She contends with emptiness and confusion most of the way—the ghosts of what she’s lost in the process of loving and leaving this person. The hollowness is in the background on the first track, “Cut A Smile,” but only continues to grow in urgency  as the EP goes on. By the final track, “Outro,” it’s in the foreground, and Sunier addresses the pain directly to herself and her listeners. “I’ve been living with ghosts of myself,” she sings.

“The project was almost called ‘Ghosts of Myself,'” she said. “But then it also really focused on this idea of noise. If Only to Bleed Out the White Noise is a lyric from the second to last song called ‘Young Thing,’ which is me reckoning with growing up and what that means. I think a lot of people my age generally, it’s like ‘Wow, I have to grow up.’”

Through the process of listening to the EP, the listener gets to grow up with Sunier. A certain hollowness is filled. In that way, If Only To Bleed Out The White Noise has the storytelling power of a concept album. After all, Sunier crafted it over a two-year period of her early twenties, a time universally known for its growing pains. With each song, Sunier’s understanding of herself and of her creative voice expand into an ever-widening horizon, and the magic here is how artfully she tells her own story and draws in her listener. By the end of this stunning journey, she’s found her voice—a lush, honest, and individual one at that.