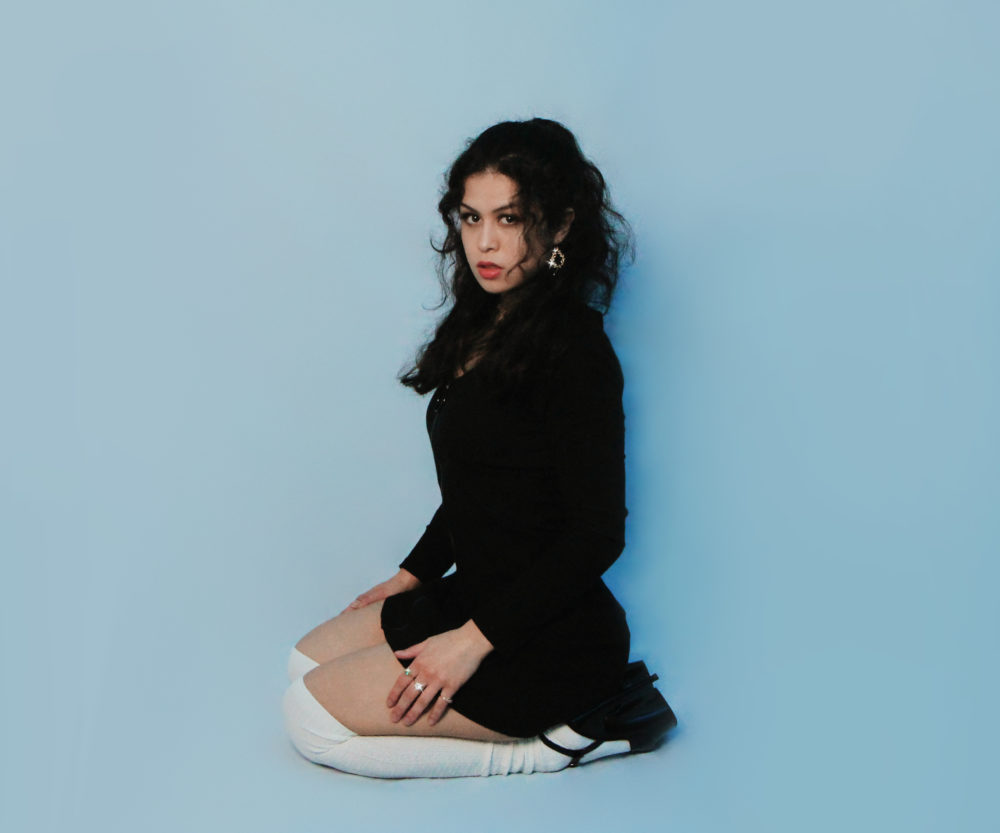 Sage Avalon is a sophomore studying biology at UC Santa Barbara — and she’s also a dedicated musician. Both these pursuits came together to create her debut EP, In Vivo.

The name of the EP was inspired by a biology class where she learned about in vivo experiments — ones done within the body. To her, it means “really appreciating that you’re alive and that you’re human”— or, in colloquial terms, “really in this bitch.”

With Avalon performing all the vocals, guitar, bass, production, and instrumental engineering and her female colleagues taking care of the photography, filming, and audio engineering, the project is entirely woman-made. The fact that she worked with other women who already knew and supported her helped her feel freer to try new things and make mistakes. “There was definitely a level of openness and willingness to experiment and a level of trust,” she says.

During her first year of college, Avalon had been writing and playing songs on her guitar, but she got tired of the same old sounds and wanted to learn to produce music. So, she got herself her first digital audio workstation, and she began to feel inspired to write more songs. “The EP is kind of just a snapshot of eight months of me learning my new writing style and finding my sound,” she says. “I learned a lot… and created this production that has a lot of layering and many instruments, and that was a huge learning curve.”

She would focus on school during the day and then work on In Vivo from her dorm room at night, with the exception of some of the vocals, which were recorded in San Diego. She ended up driving back and forth several times after realizing she didn’t like the way her voice sounded. “For two weeks, I didn’t sleep at all — I had 8 a.m. classes, and when I’m writing, I just want to get the song out,” she says. Still, she managed to both get good grades and put out the EP, which she says was influenced by artists such as Lana Del Rey, Placebo, and Björk.

Avalon’s rich, earthy, mellow voice narrates deep, emotional life experiences. The first single, “Pure December,” is about “recovery from addiction and seeing that life has so much to offer and embracing that, [like] seeing in color for the first time,” she says. She bought a five-string bass and used it for the first time just for this song. The title was inspired by a trip she took to Alaska in winter 2017, and the lyrics tell a story of struggle and triumph: “Keep my gaze wide/I am untied/In my purest form/You take me further/Love despite fear/Always a rollercoaster ride/But I am still here.”

Its accompanying music video encapsulates the mood of Avalon’s San Diego upbringing, featuring landmarks like Windansea Beach, where she’d go when she played hookie, and the 1950s-style Corvette Diner. Her cinematographer happened to be a friend who was visiting California for the first time, so they captured the footage while showing her around.

Orchestral string instruments and keyboard give “9 Lives” a darker sound as Avalon sings about a broken relationship: “If you wanted a war/Well I hope I gave you everything and more/I will make it alone/Swallow my fear as I’m stepping into the unknown.” The vivid imagery carries through on “Lightning in a Bottle” as it explores the destructive sides of love: “Bite me like a snake/Shoot me up with all your poison/Beating in my heart/Squeeze it tight til you destroy it.”

Another track off the album, “Shallow Rivers,” is a cover of a song written by Everlucyd, a friend of Avalon’s who passed away several years ago. Avalon has been playing this song live for some time and decided to include it as a tribute. The singer-songwriter has also covered artists like R.E.M. and Gnarls Barkley in her live performances.

Music has long been part of Avalon’s life. She’s been singing since elementary school and playing guitar since she was 15. Since producing her latest EP, she’s written two more songs, which she may release either as singles or as part of another EP.

She’s unsure what exactly her future holds at this point, but she hopes to make it as a full-time musician after college, and whatever happens, she plans on making music throughout her life.