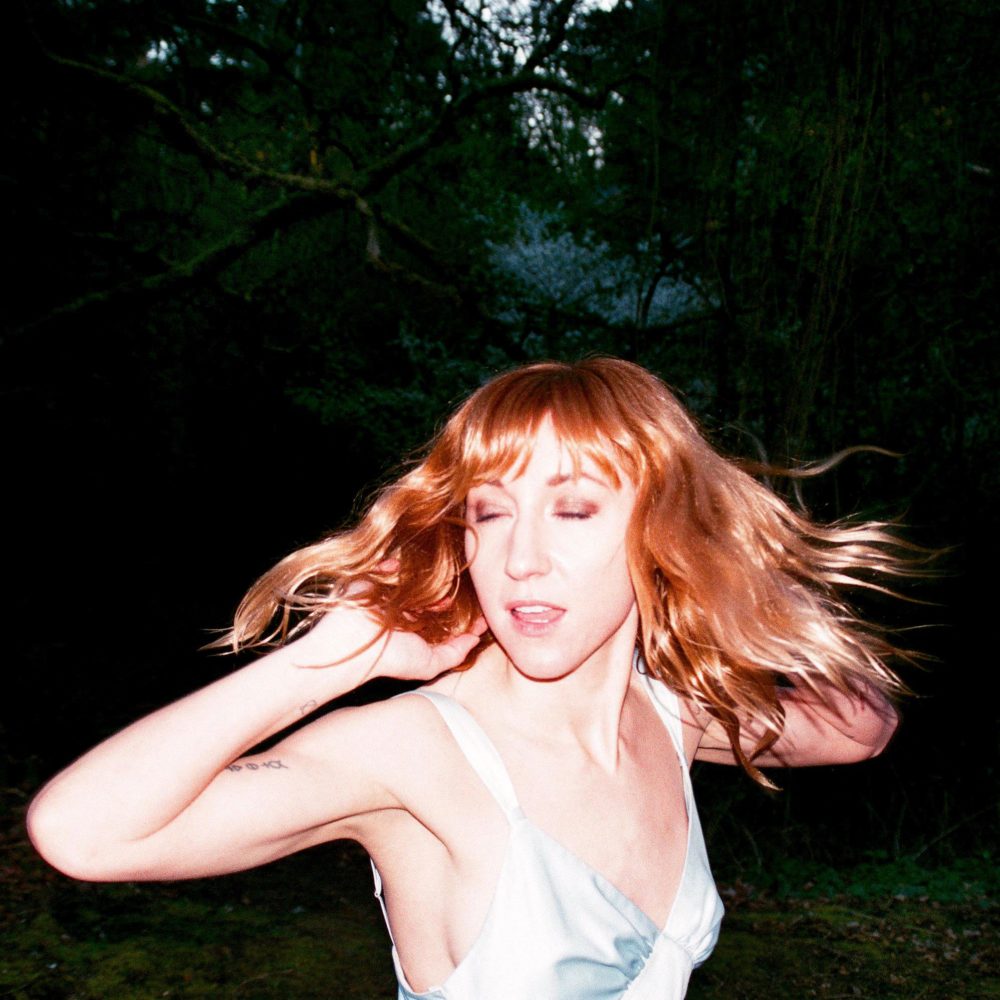 Shoegaze/dream-pop artist Lauren Lakis originally wrote her latest single, “We’ll Be Fine,” about an imagined future breakup with someone she was dating at the time. “I was just trying to convey that no matter what happens between us, we’ll still be friends and it’s all good because there’s so much love between us,” she explains. As it turns out, they did break up and they did remain friends, so the message of the song proved true. But in the apocalyptic COVID-era world, the song, like many works of art, came to take on a whole new meaning. During a time when everyone is wondering what life will look like on the other side of the pandemic, the song offers a reassuring answer, wrapped in calming waves of reverb and cascading vocals.

Lakis hopes the song teaches listeners that “it’s okay to work through the shadow self,” she explains. “It’s just kind of all a part of life — we all have to experience yin and yang. And sometimes, when we’re going through hard times or difficult times or scary times — actually, usually when we’re going through those things — it’s only going to elicit a transformation within us.”

The progression of the song itself embodies the concept of transformation. Lakis wrote the beginning and ending of “We’ll Be Fine” at two different times, and that shows in its varying melodies, paces, and instrumentals.

The track starts off slow and contemplative, a wash of cymbals accompanying a drawn-out, echoey vocal, but picks up as Lakis almost shouts the next verse: “See you walking on the water/Praying for a miracle now /Won’t you fuck it up, suck it up, Do, you got your miracle now?/See the man in the moon?/The man in the moon is you.” Lakis never sings repeated lyrics the same way twice, stretching her witchy intonations over crashing drums as though willing the positive outcome she promises.

The video for the single paints a mystical scene, with celestial-looking light shining down on Lakis as she wanders across a bridge, runs through a forest, and picks flowers in a fairy-like blue dress. Impressively, it was filmed while Lakis was sick with an illness she thinks might have been COVID. She was quarantined with her producer in Portland, so they decided to film it in the woods nearby.

“It kind of felt like more than being trapped in the house — I felt trapped inside my own head and trapped with recurrent thoughts and my own habitual behavior,” she says. “Being in the woods was symbolic of being trapped inside one’s own head. I felt like I was running from myself. At the end of the video, I was running through the woods and I was out on the street, and it was at the end of the quarantine life, like a ghost town, emerging from the depths of one’s own mind to society, but society isn’t even there.”

The single encapsulates a more standard indie rock aesthetic than much of Lakis’s past work, with reverb-laden vocals and guitars in the vein of Band of Horses and Fleet Foxes. “I wanted it to feel big and swirly,” she says. “I wanted to go for a really energetic and powerful vibe. I wanted it to elicit chills if possible, but in a good way. I just wanted it to be hopeful, something you could belt out on a road trip while going through a breakup or whatever.”

Her upcoming album, Daughter Language, contains a mix of this style and a heavier rock, almost doom-gaze sound, with prominent drums and baritone tracks. It was recorded at LA’s Seahorse Sound Studios, where there are microphones going up three stories, creating reverberation off the walls, which allowed for a big drum sound on the album.

Each of Lakis’s releases thus far have offered up a distinctly different aesthetic. Her last full-length album, 2018’s Ferocious, had more of a dark ’80s punk sound, while last year’s Sad Girl Breakfast EP gives off a chill electronic vibe reminiscent of Phantogram. She sees Daughter Language as tying these two styles together. “It kind of traverses different vibes much more so than the other two records, and it’s a little more all-encompassing,” she says.

Thematically, Daughter Sound deals with healing various wounds from Lakis’s childhood. “Fear of God” reflects on her experiences in Catholic school, and in “Sail Away,” she talks to her inner child, expressing the wish to protect the little girl still living inside of her. “All of these things that happen in our childhood become imprinted,” she says. “We don’t even realize that maybe those things are calling the shots in our relationships and the things we’re drawn to. I think so much of that happens during these years, where we’re just not even aware of how much is entering our brains.”

Currently residing in LA, Lakis is not just a musician but also an actor who’s appeared on a number of movies and TV shows including Big Little Lies and Homecoming. She’s been playing guitar since high school but first got into music professionally when an actor friend of hers invited her to audition to sing in his band, indie grunge-rock group Hobart W Fink, in 2013. She did that for three years, then made the leap into solo artistry in 2016, after her favorite female artists’ music helped her through a series of hardships.

Most recently during the quarantine, she’s been making new music that she describes as somber, slightly depressing shoe-gaze. “I’ve always kind of walked the line between completely hopeless and depressed, but optimistic at the same time,” she says.