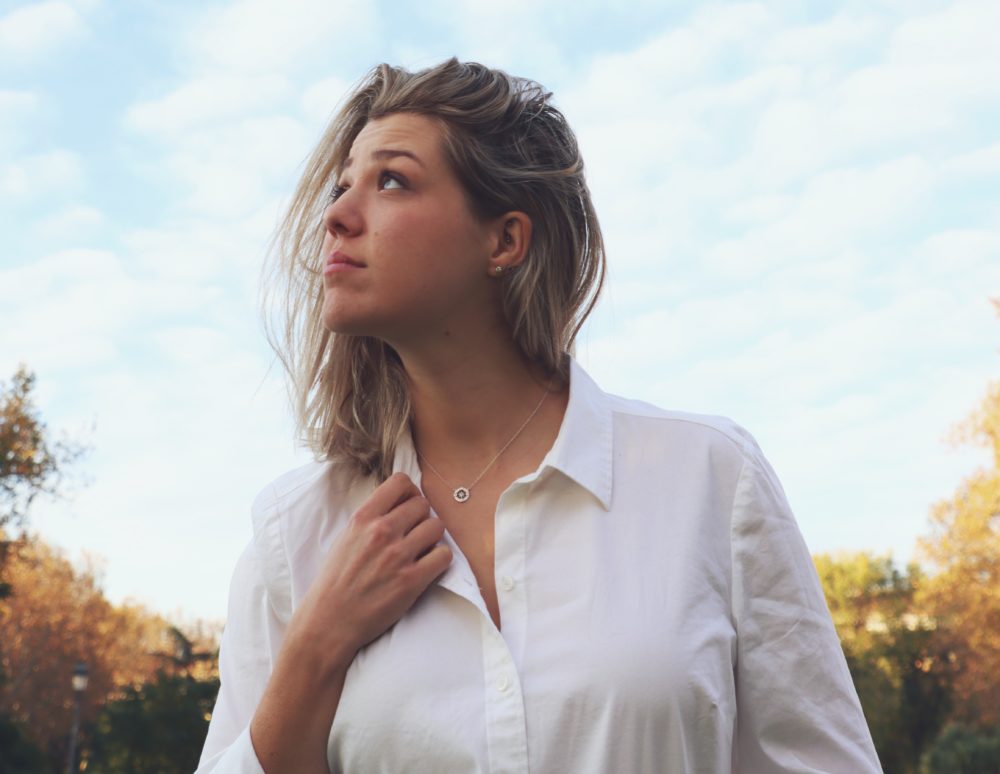 When a friend of Ariel McCleary’s took up the ukulele, she was inspired to learn the instrument too, just for fun. To document her progress, she uploaded videos of herself covering various popular songs to YouTube, and soon, what began as a hobby had garnered a surprising amount of traction. In November 2015, she shared a cover of Twenty One Pilots’ “Ride,” which quickly reached a million views and now has over three million.

McCleary’s appeal comes not just from her music but also from her personality. One distinctive feature of her videos is their personable, often silly introductions; she prefaces her “Ride” cover with, “I’m gonna strum this thing, and then my mouth is gonna rap some stuff. Not like Christmas wrapping, but like Eminem rapping. Yeah, I’m just trying to find a clever way to say I’m doing a cover of a song.”

Her 2018 rendition of Camila Cabello’s “Havana,” which now has nearly nine million views, was a request from the students she taught English to in  Ourense, Spain. She moved to Madrid soon after and still lives there, but music has become her full-time job. “Covering other people’s songs taught me a lot about song structures and how chord progressions work, and along the way, I wanted to write my own music,” she says.

Last year, she released her first single, “One-Way Signs,” which describes the thrill and chaos of traveling and living abroad. One-Way Signs is also the title of her first EP, which came out in January and incorporates influences ranging from pop to British rock to bossa nova.

McCleary’s first official music video, released today, is a lyric video for “Sheep,” a track from her EP criticizing social media culture. The idea for the song came to her when she was scrolling through Instagram and saw a people posting the same photos about their monotonous lives repeatedly.

“A lot of people are too caught in their comfort zones, and they post the same things and kind of follow each other and don’t really step out of their comfort zones,” she says. “And I thought, ‘I could never live like that,’ and I wanted to continue challenging myself. And everyone’s a follower — I’m of course a follower too in some cases — but I try to not get stuck and try to travel and have an adventurous lifestyle.”

The video is simple but humorous, with the lyrics overlaying footage of actual sheep.

While a lot of McCleary’s success comes from social media, she tries to use it “as a connector instead of a way to preach or a way to show off,” she explains. One way she does this is through her “You, Me, & Tea” videos, where she shares updates from her life.

“Since 2011, I’ve been uploading videos, and as I’ve gotten comfortable talking in front of a camera and to an audience for the past nine years, it’s helped me develop a confidence in knowing that I don’t need to put on an alternate personality and a mask,” she says. “My ‘You, Me, & Tea’ series was formed around that idea of wanting to make a personal connection with my audience members, with each of them. And so, to have me talk about deep topics — about anxiety, about therapy, about how I write music — to talk about it in an honest way, an open way, a cup of tea in my room feels very casual and personal.”

McCleary is about to move back home to Ohio and work on building a music career within the U.S., which will include recording a full-length album and filming a music video. “Now that I’ve grown in Europe, I want to bring it back to America,” she says. Luckily, her online presence will let fans all over the world keep up with her music and her life.