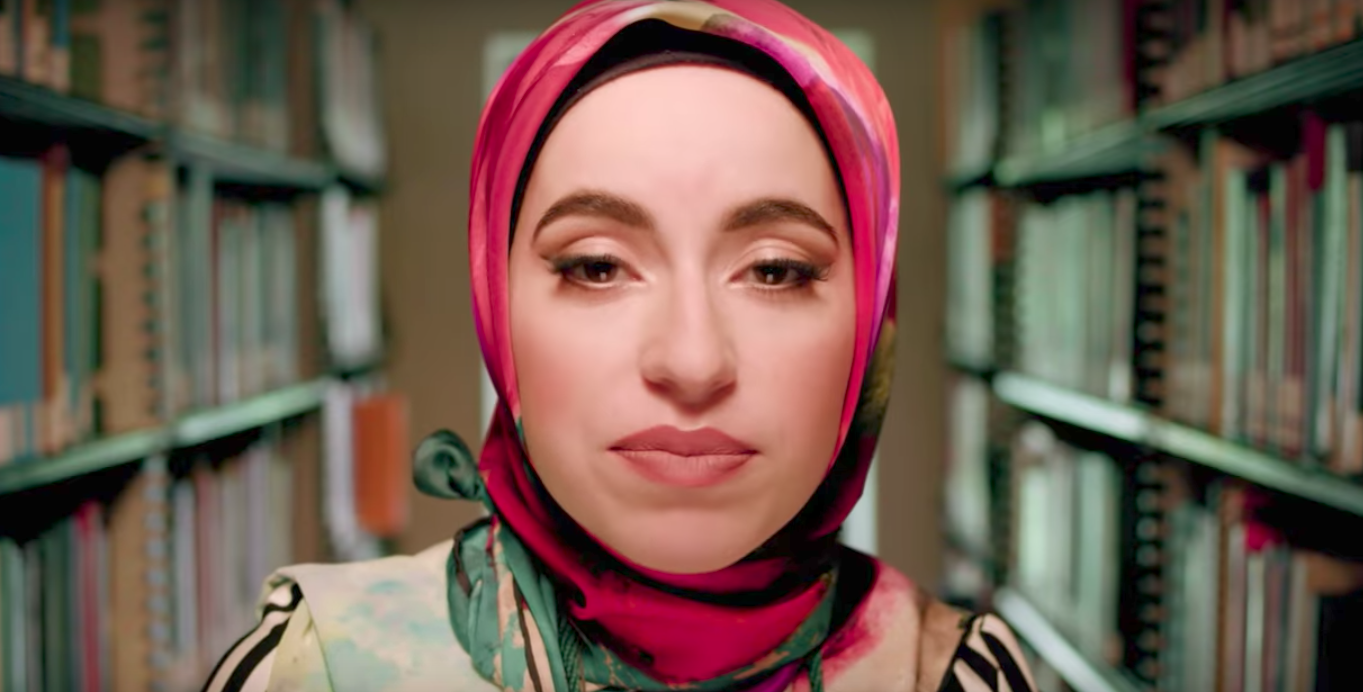 Poet, activist and rapper Mona Haydar is flipping the script with “Dog” (ft. Jackie Cruz), the first single from her forthcoming EP.

Haydar, a Flint native best known for her much-publicized “Ask A Muslim” project – in which she and her husband opened the door to strangers’ questions in hopes of dismantling the stigma surrounding her culture – is taking on another fight: the male gaze. Given she’s written poetry since kindergarden, it was only a matter of time until she penned a scathing takedown of the hypocritical creeps that pop up in her DMs. Reminiscent of TLC’s “No Scrubs” (but updated to fit her unique experience), Haydar’s vibe is playful but her vitriol is real.

Haydar spits with tongue in cheek, “Sheikhs on the DL/Sheikhs in my DM/Begging me to shake it on my cam in the PM,” then calls out fuckbois, gas-lighting, and ghosting in one swift verse: “Emotional terrorist/Thinking that you’re errorless/But you need a therapist/Boy you need an exorcist.” The end of the video provides the sobering stats that inspired the song: 27 women in the U.S. have been assaulted or abused in the time that it took to watch the video. Empowering and cheeky, “Dog” is delivered with bark and bite, solidifying Haydar as the resilient voice of a generation with her star on the rise.