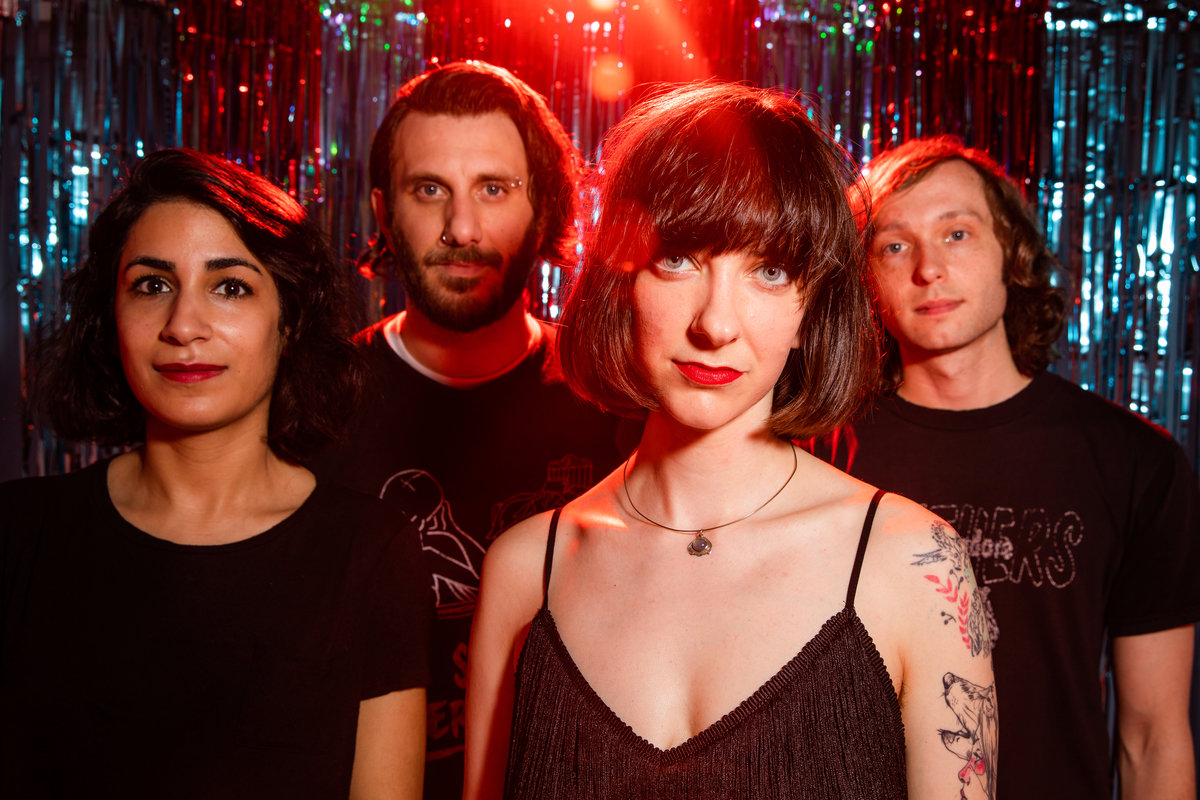 Bethlehem Steel released their sophomore self-titled record on Exploding in Sound Records September 13th and have been on tour since. They are set to return to Brooklyn this Sunday 11/24 with a show at Trans Pecos with Ben Seretan, Sinai Vessel, and Lightning Bug. Bethlehem Steel formed in 2012 as a trio consisting of Becca Ryskalczyk on guitar/vocals, Jon Gernhart on drums, and Zephyr Prusinski on bass. Their second record features singer/guitarist Christina Puerto, who toured with Bethlehem Steel around their debut record Party Naked Forever. She was asked to join the band full time and contributed to the songwriting process of their latest release, resulting in a more empowering record that lyrically grapples with “being taken advantage of, or abandoned or fucked over.” We chatted with Bethlehem Steel about their favorite tour stories, the challenges of long haul touring and why you need to watch out for pizza prices in California…

AF: You’re finishing a super long tour supporting your self titled record out now on Exploding in Sound. What was your best show, favorite city, and favorite animal you’ve met on the road?

BS: Our best show was in Seattle. It was good to cross paths with Pile mid-tour and we had a great time playing with them at Chop Suey. Favorite city would have to be Austin because we got to swim in a lake under the stars at our friend’s house after the show. Our favorite animal(s) we met on tour were Brody and Griz. Griz is a big friendly cat and Brody is a little blind chihuahua and they both live with our good friends Brian and Brenda in Minneapolis.

AF: What are the challenges and advantages of a seven week tour?

BS: Not getting sick is definitely a challenge, as is dealing with the very long drives, and being so far away from home for so long. But playing this many shows in a row is a really good opportunity to work on the live performance aspect of things, and visiting friends and making new ones all across the country is always a wonderful thing.

AF: What is your favorite thing to do on your days of? What do you listen to in the car?

BS: We usually end up going to a thrift store to look for nutcrackers. We also like to do movie scene re-enactments, and will almost always try to find any type body of water to swim in. As far as car listening, Pat puts on this playlist he made called “Pat the 80’s” a lot.

AF: When you get a flat tire, who’s the first person to try to fix it? When your van breaks down, who cries the most?

BS: We have a Tacoma and it does us good.

AF: Any other crazy stories?

BS: We each payed $9 for a slice of pizza in Sacramento. We didn’t see the prices until it was too late.