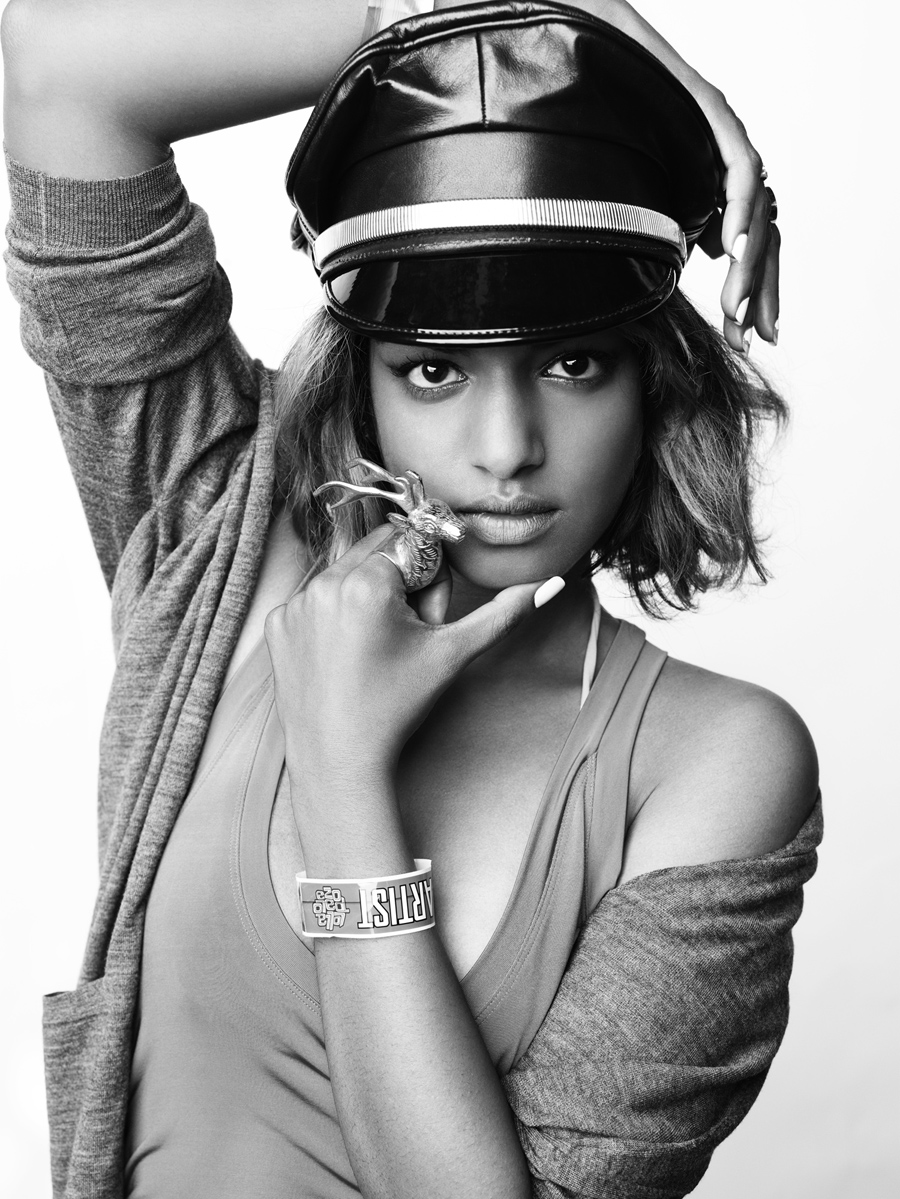 Everyone in the entire world has heard “Paper Planes” and is fully acquainted with M.I.A (a.k.a. Mathangi “Maya” Arulpragasam). She has claimed that guerrilla art is a huge influence on her style, and her musical influences range from Madonna and Bjork to the Clash and Public Enemy. The result of these far-ranging inspirations is more of a mélange of jumbled sounds and lyrics. However, there’s something that glues you to your headphones, anticipating the next mishmash of whatever soundboard M.I.A. decided to use that day. Her talent is evident in the leap to fame that produced her critically acclaimed second album, Kala, and various awards and nominations.

M.I.A. was born in London in 1975 but raised in Sri Lanka. The Sri Lankan Civil War was taking place, which caused much disruption and confusion in her world. Her political activist father was, as a result,  often away from home, creating displacement in M.I.A.’s life. Her family eventually moved back to London where she attended art school. There she found her voice through film production, fashion and painting. She was soon showing art in galleries and having big name directors asking her to work with them. Her roommate convinced her to start recording music, and she did so on a 4-track tape machine, a groovebox, and a radio microphone. She came up with a 6-song demo which included “Galang”, a hit from her debut album Arular. Thanks to the popularity of Napster and other music-sharing programs, M.I.A. quickly became known before the album was even released. Once it was, it garnered critical acclaim and ended up on many Top 10 lists at the end of 2005.

And then there was 2007’s Kala, M.I.A.’s pièce de résistance. An amalgam of dance and world music, Kala included significantly more diverse instrumentation than previous work: traditional folk music from various countries, live instruments, and music snippets from bootlegged Indian films. She teamed up with producers Timbaland and Diplo, stars in their own right, along with Switch, her faithful co-producer. The opener “Bamboo Banga” showcases M.I.A.’s signature chanting, sometimes bordering on shrieking. “Bird Flu”, hits you like a hive full of rabid bees. Or, more appropriately, a flock of crazed birdies. Her repetitive beats get stuck in your head and provide a medium in which you can really enter the frenzied mind of M.I.A. Her flat, droney vocals make sense of her music, especially on “20 Dollar”. The song “Paper Planes”, as mentioned before, is the seventh best-selling song by a British artist in the digital era. Considering most, if not all, of our music is digital, that’s an esteemed accolade to have.

The album Kala, although not terribly old, changed the way we experience music. M.I.A. pushed the boundaries of acceptability and etiquette by today’s standards.  The fact that it came out in the digital age is so appropriate, especially for her style.  Would an album like this have gone over as well in 1993?  Do our attention spans, historically the shortest they have ever been, have something to do with that success?  We jump from idea to idea, and so does M.I.A. with her sound. Still, there is always a concept that she’s pursuing in her songs. Sometimes her music may sound dissonant to the listener, but it always comes full circle at the end.