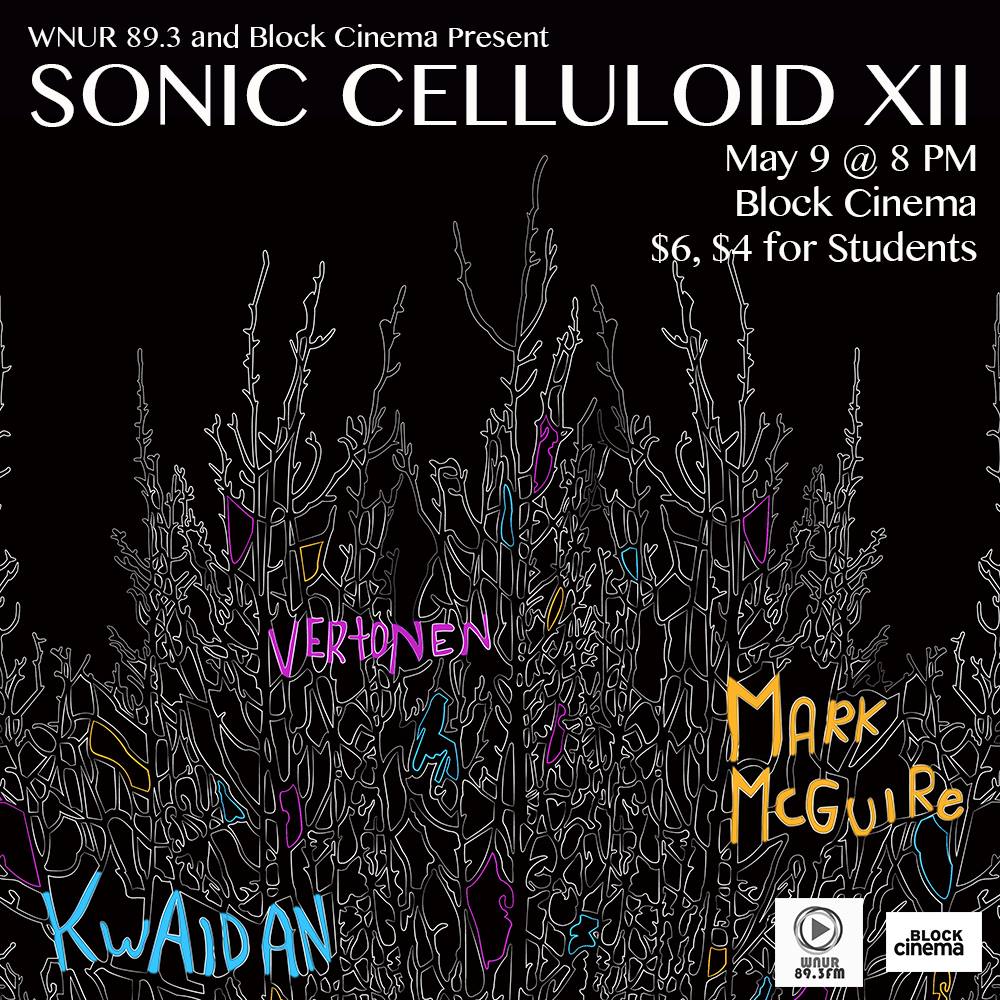 Misty seas, microscopic slides and mannequin shots dominated this year’s Sonic Celluloid showcase at Northwestern University’s Evanston campus last Friday night. Well-attended by students and community members alike, Sonic Celluloid is now celebrating its twelfth year as one of the most exciting experimental music and film events put on by WNUR 89.3 FM’s Rock Show and the Block Museum Cinema. Providing live scores for art and archival film reels, it was promised to be an event to “reconfigure your consciousness.”

Like the film itself, Vertonen’s music was very cyclical, slowly building upon a lazy, droning buzz as the film drifted between helicopter hover shots of craggy human faces and topographic maps. Gradually layering wobbly synth, cartoon-esque glitch and choppy radio transmissions into one chaotic mélange of noise, Edwards eventually descended back into a lulling drone that served as a satisfying finish to his jagged, corrugated set.

Up next was Kwaidan, who borrow their moniker from Masaki Kobayashi’s classic 1964 horror film. Just as ghoulish as you’d expect anything named after an Oscar-nominated ghost story to be, their set followed the narrative of Jean Epstein’s Le Tempestaire, a folklore-influenced story about a surly old “Tempest Master.” Worried about her sardine-fishing beau in rough waters, a woman sets out to find this tamer of sea winds to Kwaidan’s ominous score. Most prominent was an indefinable sense of impending dread, tense and intimidating. Featuring Neil Jendon’s wandering keyboards, Andre Foisy’s croaky guitar and Mike Weis’s weighty percussion, the trio crafted a portentous soundscape perfectly suited to the film’s threatening premise. Looming and foreboding, Kwaidan had the audience on the edge of their seats, leaving many still unsettled despite happy endings.

The last act to take the stage was headliner Mark McGuire, who thanked the audience for bringing him to such “a beautiful building and beautiful campus with beautiful people.” Known for his adventurous, wonder-filled guitar work, the two short films selected for him were perfect in their geometric and naturalistic simplicity. The entire set felt like an otherworldly journey, whether it followed the cycle of crystal formation or the reproductive habits of octopi, filled with blissful tessellations and oscillating riffs. Glimmering and kaleidoscopic, he did an incredible job of improvising his set and adapting to the organic flow of the films. From the sensual slow jams of the alien-like octopi to the accelerating riffs of rapid crystallization, it was a grand, gliding adventure that truly took the audience to another realm of “reconfigured consciousness.”