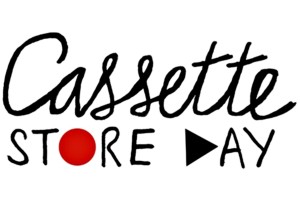 If you want a retro way to play your music, but you don’t have the space for a vinyl collection, Cassette Store Day just might be the holiday for you. Inspired by Record Store Day, Jen Long and Steven Rose created the event to “[fusion_builder_container hundred_percent=”yes” overflow=”visible”][fusion_builder_row][fusion_builder_column type=”1_1″ background_position=”left top” background_color=”” border_size=”” border_color=”” border_style=”solid” spacing=”yes” background_image=”” background_repeat=”no-repeat” padding=”” margin_top=”0px” margin_bottom=”0px” class=”” id=”” animation_type=”” animation_speed=”0.3″ animation_direction=”left” hide_on_mobile=”no” center_content=”no” min_height=”none”][celebrate] the glory of tape.” This is the event’s third year, and on October 17th, a select number of record stores will be participating. Here are just a few of the best releases that will be out on tape.

Alex Giannascoli is a lo-fi, laid-back songwriter from Philly. The next release in his body of self-recorded work is Beach Music, which will be out on 10/9. He was on tour while making most of this seventh record, forcing him to change up his songwriting process. The two tracks available now from Beach Music show his music is taking a more mature, complex direction.

Comes Alive by Baby is just as impressive for its content as the fact that it was “originally recorded, mixed, and released within about an hour; including a photoshoot and album cover.” Though all this happened quite awhile ago, it hasn’t been available for purchase until now. The band features Pat Goddard, Dennis Galway, and the deceased Tim Alexander- check out their track “Baby,” some seriously heavy blues music.

Beach Slang – Here, I Made This For You

The pysch-punk rockers Beach Slang have made a mixtape for Cassette Store Day, and while there’s no preview for it, if you like loud, shimmery rock with a hard edge you’ll probably be into it. Not so sure? Check out “Bad Art & Weirdo Ideas” from their upcoming album The Things We Do To Find People Who Feel Like Us.

Holding Hands With Jamie is the debut album from the misleadingly-male, Irish group Girl Band (check out our review here).  The record will be available on 9/25, and features “Paul,” a disconcerting, intense track that erupts in noise and rage.

Sharkmuffin is a garage-rock band from Brooklyn that features guitarist Tarra Theissen and bassist Natalie Kirch. Chartreuse is their first album with drummer Patty Schemel (Hole, Death Valley Girls).  Check out the title track, which starts off with a sleepy, Hawaiian slide guitar intro and then morphs into their high energy, punk sound.

This Spring, the Brooklyn group The Prettiots were the subject of a New York Times article discussing the struggles of emerging bands who travel to SXSW. It looks like the expenses and hard work paid off, though. The trio, led by the ukelele-wielding frontwoman Kay Kasparhauser, played a Tiny Desk Concert this summer and are contributing their upcoming release Stabler to Cassette Store Day.