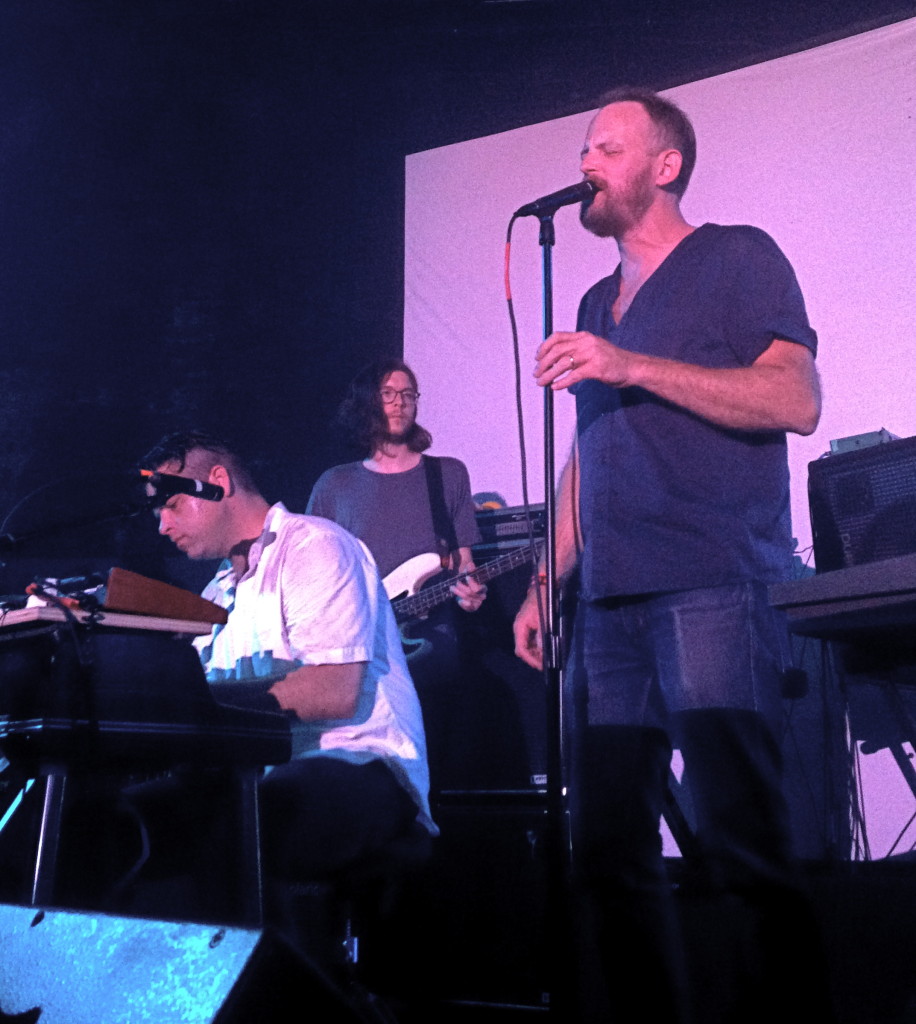 Even as it evolved from dance-punk singles played in hip clubs to the extravagant, sold-out MSG finale show with a multitude of guest performances, LCD Soundsystem was always James Murphy’s thing. Though Murphy enlisted a host of musicians to fill out his production and tour lineup, he remained its front-and-center icon, down to the project’s last 48 hours of existence in front of Shut Up And Play The Hits filmmakers. Co-founding DFA Records, the label that would become synonymous not only with LCD’s output but with the disco-infused punk movement the band inspired, only solidified Murphy’s prominence as the purveyor of those sounds. Longtime collaborator Nancy Whang found outlets as a DJ and producer in her own right, particularly in working with DFA cohort The Juan MacLean. In one way or another, the musicians who became fixtures on LCD releases either remained affiliated with other DFA-related projects or produced solo endeavors for the label, whose curatorial scope felt just as focused on sonic similarities as it was in fostering those familial connections.

Now, it seems, it’s Pat Mahoney’s turn to make a name for himself beyond the title of LCD Soundsystem drummer. His newest project, Museum of Love, has been releasing teaser singles since dropping “Monotronic” in October, and officially announced a nine-track self-titled EP slated for release this month. With Dennis “Jee Day” McNany (who’s also worked with The Juan MacLean) writing most of the songs and Mahoney penning the lyrics, sultry jams like “Down South” and the sunny, expansive pop of “In Infancy” promise that Museum of Love’s debut will be packed with expertly-constructed explorations in a variety of moods.

At DFA Records’ Summer Soiree last Saturday at The Wick in Brooklyn, the whole gang was in attendance; recent signee Sinkane opened with a DJ set as the sold-out crowd rolled in, followed by Whang, who spun records that melded almost seamlessly with the first blushes of Museum of Love’s live NYC debut. Mahoney and Whang hugged before he took his place in front of the mic, front and center this time instead of behind a drum kit. McNany sat beside him, walled in by various synths, and a guitarist and drummer rounded out the set-up as well, which was a pleasant surprise; one never knows how much of a band you’ll get when production duos go live. On two tracks, the addition of a couple brass players warmed things up as well – Museum of Love are not fucking around.

Mahoney, for his part, sounds a little like David Byrne, and that’s certainly not a bad thing. He’s a humble frontman, and seemed grateful for the opportunity to perform for such an enthusiastic crowd with musicians he respects and admires. They played what has to amount to the entirety of the record, and the songs are at once introspective and dance-worthy, unfolding beautifully and organically, as though they weren’t so much written and perfected over several months, but instead sprang into existence fully formed and ready for the exact moment in time you’re hearing them. Fans of LCD Soundsystem (and DFA in general) will of course embrace what Museum of Love has to offer, but there’s also a real possibility that MoL’s appeal could reach well beyond DFA’s immediate circle of devotees.

Though DFA has courted many acts outside its circle, there’s still the feeling that its roster exists inside a bit of a bubble, which can be seen as either shopworn nepotism or comforting familiarity. It’s not that Museum of Love bucks this trend per say, but what Mahoney and McNany do offer are a refreshing set of tracks that are fun and easily approachable. They aren’t taking DFA’s catalogue in a new direction, but they could bring a lot of new fans back into the fold.