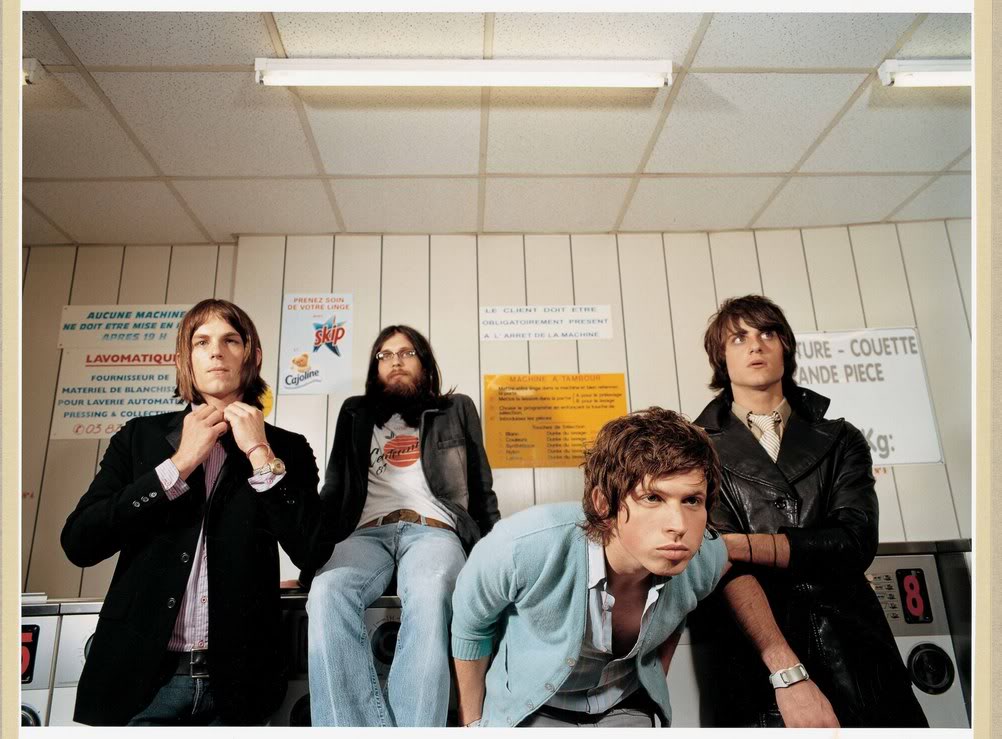 Anthony Caleb Followill, Ivan Nathan Followill and Michael Jared Followill — who go by their middle names — spent their childhood traveling the southern states while their father, Ivan Leon Followill, delivered sermons as an United Pentecostal Church pastor. As detailed in the Kings of Leon’s documentary, Talihina Sky, their father’s religion had a great influence on the family. The boys were enrolled in religious education when they were not home-schooled by their mother, Betty Ann. Eventually, Ivan became overwhelmed by his religion, which may have been a contributing factor in his divorce with Betty Ann and the boys going their own way — Caleb and Nathan moved to Nashville, Tenn., their birth state, to try their hand at music. They had performed in choirs with their church, but now that they were on their own and free of the religion’s strict hold, they began experimenting with heavy drugs and rock and roll. The two rejected the idea of a musical duo and recruited their younger brother Jared as their bassist — although at the time he had no experience with a guitar — while Caleb and Nathan would become vocalist/guitarist and drummer, respectively. Once they “kidnapped” their cousin Matthew to play guitar, the band was set.

Caleb and Nathan had signed a deal with RCA, who promised to check up on the band after a month. In that month, the brothers and cousin began planning what would become the Holy Roller Novocaine EP, a five-track offering of drug-induced hard rock with blues influence, released in 2003. The boys sang of women, narcotics and fame. Their hair was long and their bellbottoms were flared: they were the image of southern rock and rebellion. Four songs of Holy Roller Novocaine became part of the band’s first full release, Youth and Young Manhood, later that year.

The album opens with clashing guitars and drums and Caleb’s quick lyrics about a girl prostituting herself and the attitude of the men she serves. This song quickly sets the tone of the rest of the album full of smoky rooms and rock and roll. The best of the album is found in the songs riffed from Holy Roller Novocaine. “California Waiting” involved Caleb crooning about how he just wants to be alone and live his life how we wants without the influence of others. “Molly’s Chambers” was redone to a quick, hard-hitting jam about a girl who enslaves men in her “chambers” for her fun. They both hate and love this temptress. “Holy Roller Novocaine” is probably the track most straightforwardly about drugs — and also sex, of course, likely the result of many days spent in the Followill’s basement, jamming and drugging, (just like all great rock and roll, right?) The closing track ends with “Talihina Sky,” a rare, slower track for this album. The song is a homage to their hometown in Tennessee and explores the theme of leaving. Beautiful both sonically and conceptually, it is the track that they later used as the name of their documentary and is probably one of their best overall. It’s relatable in the sense of wanting to leave home, and offers a serious note regarding the themes of drugs and sex, pervasive throughout the album.

Youth and Young Manhood set Kings of Leon up on their path to stardom. It’s interesting to think that before Caleb penned 2008’s “Use Somebody,” a commercial hit, he and his family were producing music of this nature. But it’s some of their best work. The brothers and cousin revisited some of their roots with Mechanical Bull‘s “Don’t Matter,” paying homage to some of the rock that influenced them early on. Though they’ve evolved in their sound — some say “selling out” into the mainstream — they will always maintain that southern rock and roll ethos they developed in the beginning.