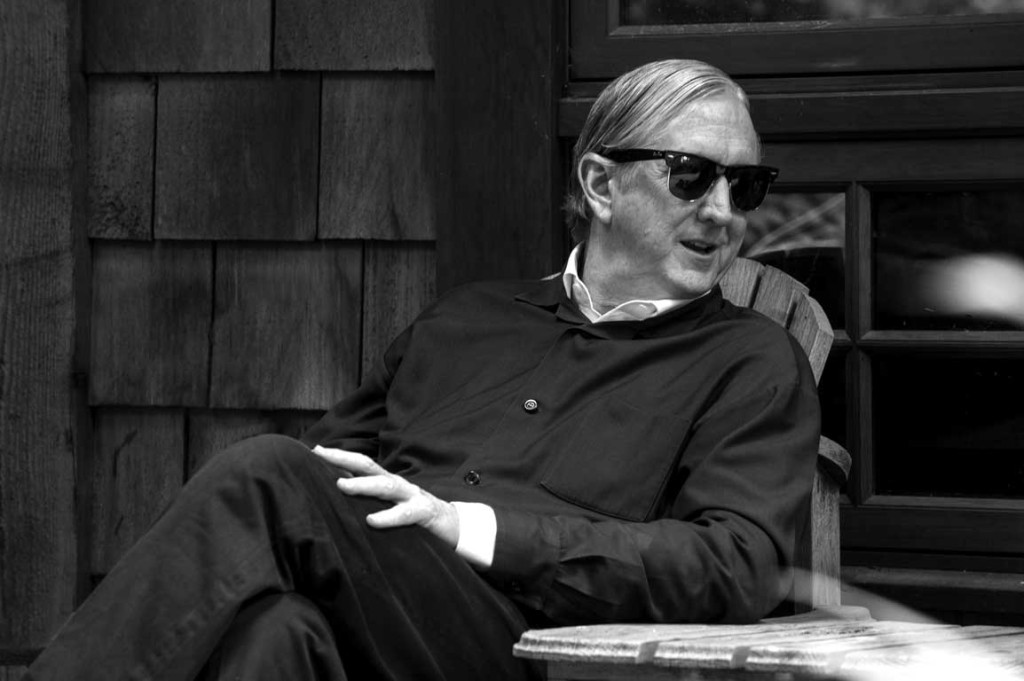 I’d love to say that it was Bob Dylan who got me into T-Bone Burnett.  Burnett toured with Dylan’s Rolling Thunder Revue for over a decade.  I wish I could credit a cross-contamination between Burnett and Tom Waits (a cover of Waits’ “Time” appeared on Burnett’s 1986 self-titled LP). And I’d be relieved if I could claim that my discovery of T-Bone Burnett occurred during another rummage through Dad’s record collection.  However, none of these scenarios would be true.

In actuality, I found out about T-Bone Burnett via the band I scapegoat as my token guilty pleasure: The Wallflowers.  Now, before you retroactively discredit any knowledge or opinions I’ve espoused on Audiofemme, hear me out.  I’m not going to try to convince you to like The Wallflowers (yet) or the solo work of Jakob Dylan and his unassailable dreamy-ness.  However, if you were forced to listen to every Wallflowers album and pick the best one, you’d be hard-pressed not to select their second full-length release, Bringing Down The Horse.  The reason this album received so much acclaim in my opinion was due to the producer, Mr. T-Bone himself.

So as 17 year old me purchased every Wallflowers album on e-bay (most going for 50 cents a piece) and implored my friends to give the band a chance, I found a tour date for Jakob Dylan, opening for none other than T-Bone Burnett.  It was only then that I noticed the production credit on Bringing Down The Horse.  The next step was to consult the internet, (which divulged Burnett’s connection with Papa Dylan) and eventually my father; had he ever heard of him?  Of course he had.

Sure enough I found two T-Bone LPS in the late B’s of my Dad’s collection: 1986’s T-Bone Burnett and 1987’s The Talking Animals.  I was more entranced by the former, with its sweet and eerie country ballads.  Burnett’s vocals are clean yet honeyed–like Roy Orbison’s humble younger brother, perhaps.  The record is melancholic at times, like on “River Of Love” and “Time,” but Burnett’s sense of humor breaches with his acerbic rendition of Elmer Laird’s “Poison Love.”  To boot, the entire album is carried by phenomenal pedal-steel croons.

I’d bought the ticket to see Burnett, so I figured I’d better buy the tour’s accompanying album.  It was 2006 and Burnett had just released The True False Identity, his first full-length record since 1992.  I bought it on a family vacation in Portland, and it was the soundtrack to our drive home.  The record is a swampy, deep-south, voodoo-soundscape with a progressive agenda.  The influences on this record are far more bluesy and psychedelic than his earlier country work, and lyrically the album relays Burnett’s unflinching wit and poignancy regarding the contemporary political climate.

But why bring up Burnett now?  So what if he came out with a record I liked in ’06?  I suppose the desire to mention him is two-pronged: the initial reason is the same as always, namely, to shed light upon an artist who’s spent so much time making other people’s music better, that he is often overlooked himself.  Though the more relevant incentive is that T-Bone is out with a new project; his fourth collaboration with filmmakers Joel and Ethan Cohen on their latest: Inside Llewlyn Davis.

Burnett put together soundtracks and scores for The Big Lebowski, O’Brother Where Art Thou? (for which he was heavily awarded) and The LadyKillers.  He worked alongside Joaquin Phoenix and Reese Witherspoon in Walk The Line, and co-wrote “The Weary Kind,” the theme song from 2009’s Crazy Heart.

Burnett has produced dozens of records, including those by Elvis Costello, Tony Bennet, Alison Kraus, B.B. King, Elton John, and Roy Orbison, to name a few.  He’s 65 years young, looks like a younger, slightly more devilish Tom Wolfe, and is releaseing and producing records to this day.  I can’t wait to see, and hear what he’s cooked up for the new Cohen Brothers film, which is out now. But before you see it, school yourself on some vintage and recent T-Bone.