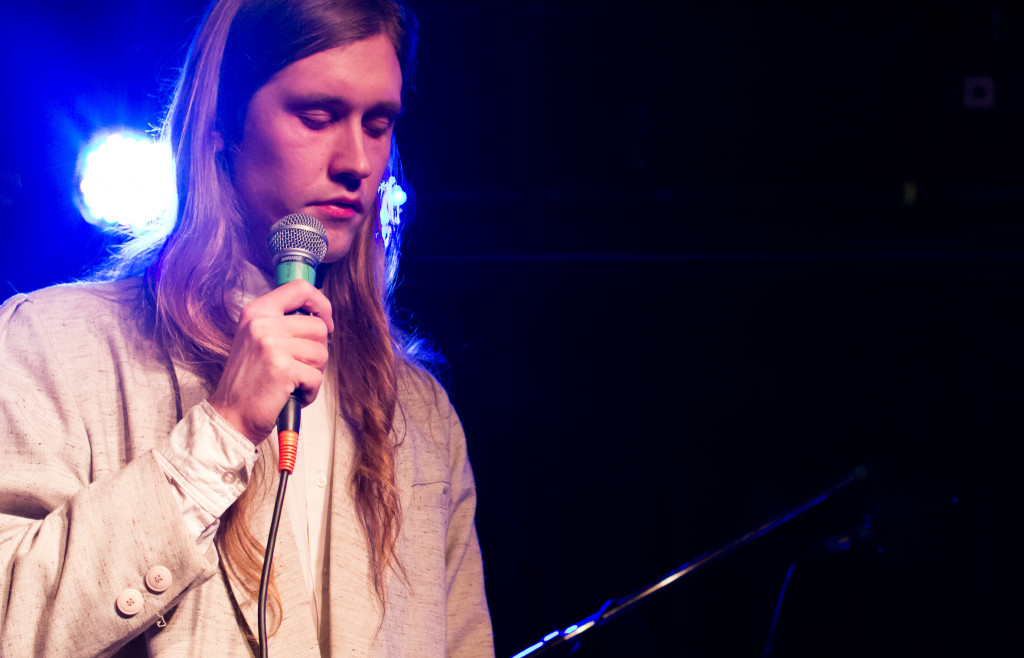 Helsinki-based Jaakko Eino Kalevi flaunts a sound as exotic as his name.  Recently scooped up by Weird World, Kalevi has released his four-song EP entitled Dreamzone Remixes, much to the delight of myself and a supposed many others.  The EP is split unequally when it comes to sonic consistency, the first quarter sounding nothing like the subsequent three, but this is an observation, not a criticism.

“Memories,” the EP’s introductory track, had me thinking Kalevi’s niche was electronic iterations of world music.  The song opens with a throbbing tuba-esque melody that I would expect to find in the crevices of Tom Waits’ 1985 album Rain Dogs.  In flood the whimpering tones of the keyboard, most likely on the organ setting, and gentle vocal harmonies reminiscent of Brazilian Tropicalia pioneers Os Mutantes.  “Memories” eventually surrenders its lively horn to ticking drums, maracas, and receding voices.  There is an element of folk music to “Memories” absent on the remainder of the release.

Despite the worldly references in “Memories,” the songs following suggest that Kalevi found nourishment in the film scores of the mid 80s.  Each song is familiar to the point of becoming wordlessly narrative; each song summons vivid cinematic imagery.  Track two, aptly titled “No End (Tom Noble’s Never-Ending Story Remix) ” introduces the evocative nature of the final three quarters of the EP.

Its soft, papery drums and faraway female vocals remind me of an ambient Flashdance…maybe the romantic rehearsal scene of some mid 80s dance dramedy.  The steady snapping of disco, the eeriness of corporate muzak, and the grainy filter of dream pop all play a part in this track.  I was pleased to hear a nod to French House as well, one that particularly brought to mind “Something About Us” by Daft Punk.  This is without a doubt my favorite eight minutes of the EP, and a perfect song to end the night, a little drunk, dancing slack-limbed in a bath of blue light.

Track three, “ When You Walk Through Them All “ is no escape from the 80s, or my film references.  Initially I’m hearing a somber Hall and Oates; the hooks are infectious, the vocals languid.  The song omits a thumping walking pace of cosmopolitan, night time scenes-only after this impression did the title of the song register.  Despite the vocals, the song’s bubbling keyboard effects bring back the scores of early video games as well as Tangerine Dream’s compositions for Risky Business.

Dreamzone Remixes concludes with No End (Vezurro Remix).  This version of the song is punchier, and more synthetic sounding.  The drums are more aggressively electronic, and the synths are at their sharpest.  Since I’d assigned a movie scene to the preceding songs, my mind couldn’t help itself.  This one would better suit a sex scene, maybe of the science-fiction genre, something along the lines of Tron getting down with Kate Bush.  Need I say more?

I’d be willing to bet that the images conjured by this EP were perhaps only a reflection of my strange brain-scape, but the quality of this EP is less of a betting matter; it’s just really, really good.

Check out the video for Jaakko Eino Kalevi’s “No End” below, and make sure to catch Dreamzone Remixes for some innovative versions of the track.