Still a bit SXSW-weary, I ventured out to Baby’s All Right for Bella Union’s stacked showcase this past Wednesday, a chilly Brooklyn rain washing some of the Austin dust from my boots.  At first glance, the artists on the bill seemed pretty disparate, but then again, that’s really the beauty of Bella Union’s curatorial scope.  Though not sonically cohesive, something gelled as I watched sets from Pins, Ballet School, Mt. Royal, and headliner Marissa Nadler, and remembered how Bella Union was born – as a way for Cocteau Twins to release their own material.   When the enigmatic Scottish group disbanded, Simon Raymonde kept the label afloat, signing Dirty Three and other genre-defying bands of high artistic caliber.  And given that history, it’s no wonder that Raymonde is so acutely tuned to picking out female vocalists with innovative approaches, much like his former bandmate, the incomparable Liz Fraser.  Wednesday night’s line-up shone a spotlight on some newer additions to Bella Union’s stellar roster who follow Fraser’s tradition of fearlessly pushing female vocals to new, experimental heights. 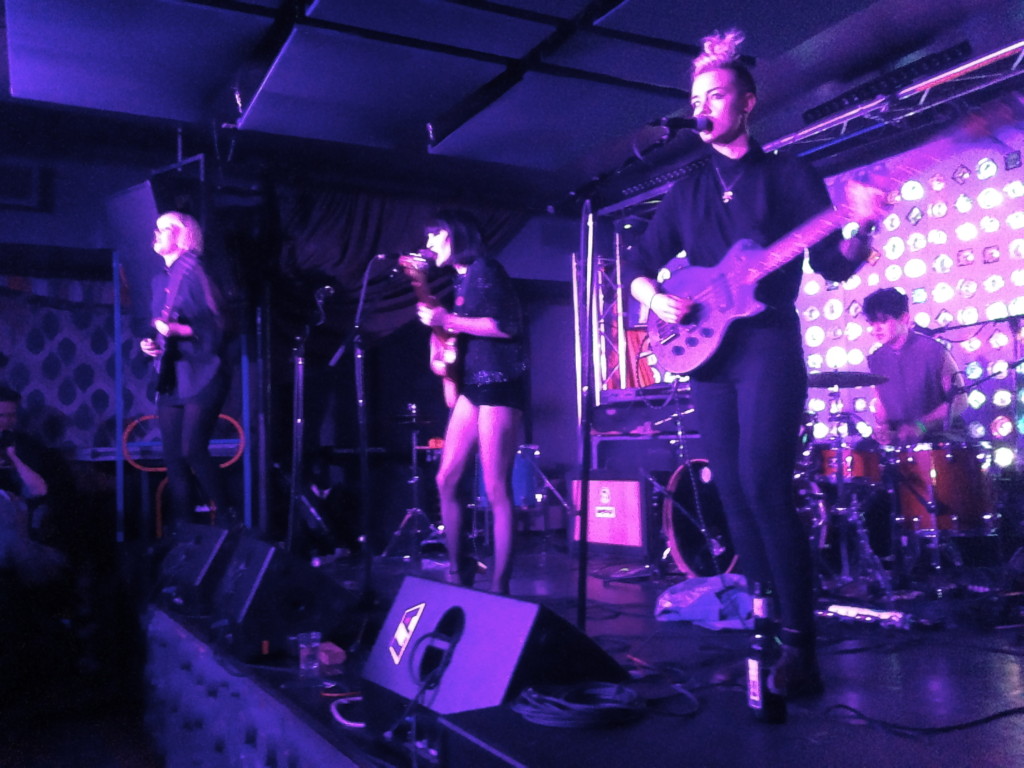 Manchester-based quartet Pins started the whole thing off.  They showed no fatigue despite the fact that it was the group’s third show in a string of NYC appearances, also coming on the heels of SXSW, where I caught them at Music For Listeners’ day party.  These ladies play searing garage rock with dire lyrics, but their penchant for the dramatic narratives belies a decidedly fuzzy approach.  They are a bit reminiscent of early Dum Dum Girls and in fact are scheduled to play shows with Crocodiles upon their return to the UK, so Dee Dee should probably watch her throne.  Frontwoman Faith Holgate sings in a troubled, deep-throated wail, occasionally interjected with spritely yelps.  Lois MacDonald’s back-up howls and distorted guitars lend elements of shoegaze to the froth, while plodding bass from Anna Donagan and Sophie Galpin’s crashing drums allow post-punk to creep in.  Though Bella Union released their debut record Girls Like Us late last year, the gals also run an impeccably curated cassette label of their own called Haus of Pins, no doubt part of the reason Raymonde was so impressed by the British babes. 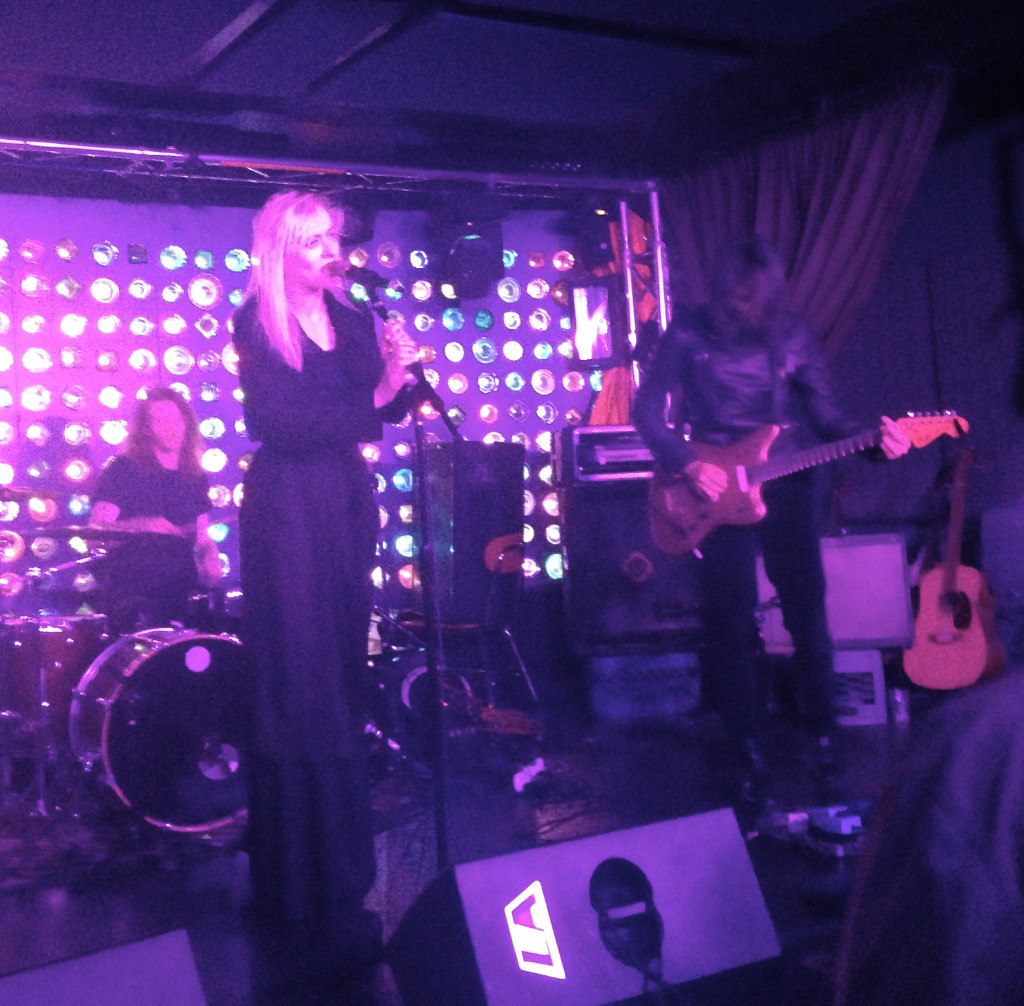 It was the first NYC show for Berlin-based Ballet School, who played next.  Of the four acts playing that night, Ballet School bore the closest resemblance to Cocteau Twins, but have updated that sound just enough to elevate it far above retread.  The trio look more metal than they sound, leaning toward shoegaze-tinged new wave pop more than anything else.  Irish chanteuse Rosie Blair has an almost operatic range, her voice trilling gorgeously over extended notes, taking on some of the abstract qualities for which Fraser was renowned.  The vibrations settle easily against the electronic loops and guitar manipulations that Michel Collet provides, his silky black mane falling over his face while Louis McGuire lays down R&B-inspired beats, often opting for a drum machine over pieces of his kit.  Blair’s stage persona is that of tortured wraith or sea-nymph, her pale skin framed by long, white-blonde hair, both set against dark garb which flared dramatically as the singer contorted her otherworldly frame.  Audiences at SXSW were awed by Ballet School’s performances; suffice to say this emerging band could be the next huge thing for Bella Union, who’ve already put out one EP (entitled Boys Again) for the newcomers. 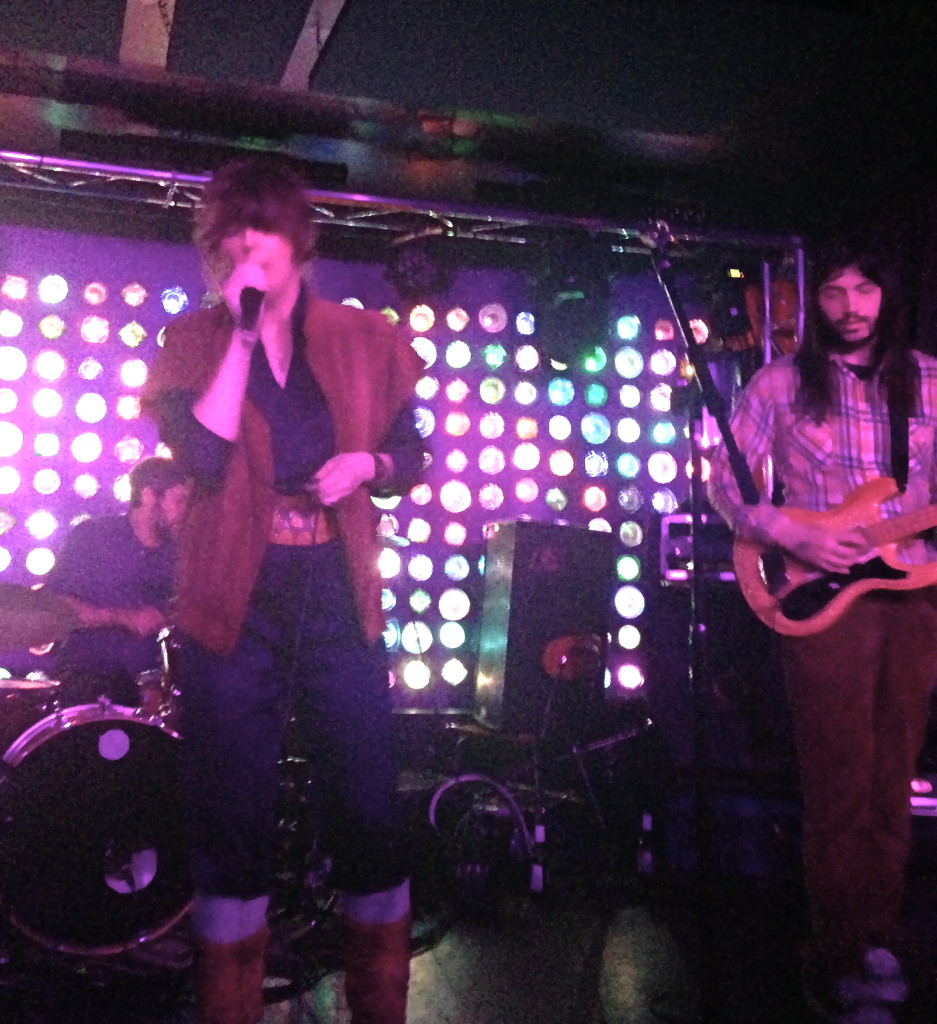 Mt. Royal was, for me, the true standout of the evening.  They’d already made the trek from Baltimore to Brooklyn for a few scattered shows, but this was my first opportunity to catch one of the band’s gigs.  Lead singer Katrina Ford is best known for her work in Celebration, and as with friends Future Islands and Wye Oak, has always had a reputation for putting on a phenomenal live performance.  Not only did Mt. Royal meet all those expectations, it destroyed them; Ford is an engaging performer who gave a powerhouse vocal performance, ululating between sensuous low registers and lilting peaks.  Her movements gave the impression of wrenching that sound from a deep emotional core, and her bandmates built anthemic paeans around it.  Their ferocious energy spread like wildfire around the room, with most of the crowd shimmying as enthusiastically as Ford herself.  The band hopes to put out a full-length in the fall to follow up their excellent six-song self-titled EP. It was a bit of a shame though, for Marissa Nadler, who had no choice but to take it down several notches in the now very noisy bar.  To her credit, she took it in stride and sounded perfectly ethereal despite having a bit of a sore throat.  Her elegant, moving record July is the fifth studio album the singer has released but a debut on Bella Union, who handles it in the UK while Sacred Bones oversees its US promotion.  Nadler mainly stuck to material from her latest, backed by cellist Janel Leppin, who added  some beautiful atmospherics with reverbed strings.  The less-than-attentive folks in the audience missed out on Nadler’s inspiring versatility – her resolute delivery of the very personal narratives that comprise July was both unflinching and delicately nuanced, indicative of the relentless touring she’s done over the last ten years of her career.  To those that were listening raptly, she had a special treat: closing the set with “Fifty Five Falls” from her first record, Ballads of Living and Dying.  It showed how far she’s come as a songwriter and performer, that there’s far more to her than the wispy caricature so often drawn due to her folksy roots.  As dreamy as her music can sound, it’s never timid, particularly on this last LP.  And it’s that quality that allows her to make a home on a label alongside bands like Pins and Ballet School and Mt. Royal, even if on paper it seems like a bit of a puzzle.

The common thread of the evening, then, was certainly commanding performances from charismatic women.  As Bella Union expands into the States, we can count on them to reliably unearth the most compelling voices in the industry, without rigid preoccupations as to what genre fits or doesn’t fit.  It’s endlessly encouraging to see a label truly invested in such an admirable endeavor.