Before I start describing to you my impression of the past year in music and what I’m looking forward to in the coming months (a succinct way to give you a glimpse into what you, our reader, can expect from me), I’ll tell you a wee bit about myself.

I was born and raised in a small Midwesterntown like so many other Brooklyn transplants. My parents placed my hands onthe keys of a piano at the age of three, and the bow of a cello in my fingersat the age of nine. I’d like to think that music is in my blood, but I knowbetter—for instance, that the early influence of Handel’s “Water Music” inshaping my perception of the world, or the memory of watching,atop shoulders, my dad play reggae at a local summertime concert, has more todo with my love for music than what my blood may contain. Still, I get afunny feeling in my heart when I hear certain songs, as if something mightbe waking up…

Though I never became aspectacular musician, by anyone’s standard, I still play occasionally. Moreimportantly, however, I learned in playing music for my whole life, to keepopen ears to whatever might waft through the airwaves. Subsequently, music hasbecome sine qua non to the diversity of my experience in the world, especiallyas a young city dweller. Without live music (even if the sound sucks, or thevenue is sub par), without the excitement of anticipating the newest album fromone of my current favorites, and without the joy of stumbling upon someundiscovered new treasure of a band (or DJ, or subway busker for that matter),life would just sparkle so much less vibrantly. New York would be such a drag.

What you can expect from me, with that said, is straightforward descriptive musings about the things that move me, namely good music (and sometimes not so good music too). If what you want though, is pretentious self-impressed sounding pseudo-journalism, then, well, I can direct you toward a few good music blogs for that too. Oh, and I have a degree in International Economics…So you may get a few tangential rants here and there about the security of oil supplies pumped throughout the Caucasus and Middle East, blah blah blah…

Anyway please read-on and (hopefully) enjoy a few personal highlights from the past year in music along with forthcoming shows and albums that I’m anticipating will be amazing. Organized categorically of course–because who doesn’t love lists? 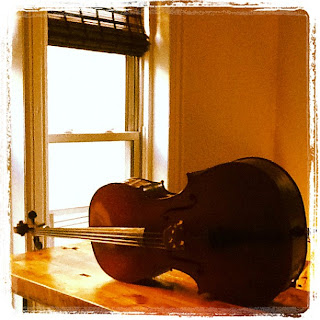 My favorite newbie from 2011 is by far the band Beacon, whom I discovered at the Brooklyn Electronic Music Festival thanks to my friend Jakub, who runs the label Moodgadget, to which they are signed. Comprised of Thomas Mullarney and Jacob Gossett, Beacon sounds like an amalgam of what I consider to be the best elements of R&B and electronic, respectively, with mellow, synthy keys, smooth falsetto vocals and layers upon layers of textured beats. Before you check out their newest EP, No Body–a luscious soundscape of tunes about life and love–, listen to their cover of “The Rip”, by Portishead. You can find it Here. And if you like it, check them out live on February 4th with Tycho, at Music Hall. Ms. Rhoades and I would love to see you there. 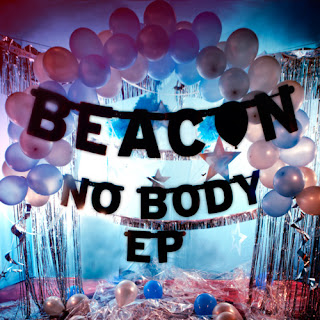 The album of 2011 I was most surprised I like: Suck It and See

When I heard the first song off the album Suck It and See, I thought to myself “I really like this. It must be some sort of new wave I don’t know of…Yeah, definitely from the 80’s…Is it House Of Love? Hmmm…No…”. I then glanced over the album cover, nearly falling off my chair in surprise, to find that it was the irascible gang of drunken, juvenile Brits themselves: The Arctic Monkeys.  They seem to have inexorably matured about ten years since, say, Favourite Worst Nightmare in 2007 (we all remember “Fluorescent Adolescent’s” jabby opening chorus line “you used to get it in your fishnets/ now you only get it in your nightdress”). And I like what they’ve become: still raucous, but a bit less self-pitying and a bit more circumspect, both sonically and emotionally (if the two can even be disentangled when it comes to music). Self-possession really does suit them, for instance in the “Black Treacle” lyric “now I’m out of place, and I’m not getting any wiser/ I feel like the Sundance Kid behind a synthesizer”. It sounds like a conundrum I’ve found myself in too, these days. And bravo, Arctic Monkeys, for being all the more perspicacious in actually admitting to it. 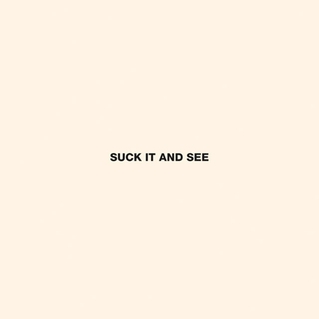 Best girl anthem of 2011 that feels like a throwback: “Sadness Is A Blessing”

Lykke Li’s “Sadness Is A Blessing”, from Wounded Rhymes pretty much sums up my teenage years. And I’m sure had she been around in the 90’s, I would have most certainly been dressing and acting just like her. The opening chords are an immediate reference to all the 60’s girl groups whom I love, with a catchy I-IV-V key progression. Then comes Lykke’s raspy, unapologetic plea to some heartbreaker out there, to come back to her, in spite of her . Alas to no avail, she resolves herself to the infinite sorrow that awaits her in his absence. It’s a  beautifully haunting song that seems to capture every decade of pop since the 50’s. It shows that women creating incredible music about how much it sucks to be love-sick is a motif that transcends space and time. 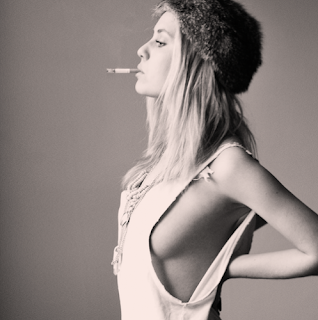 Best Album of 2011 by a girl-led band, that can even begin to compete with Body Talk by Robyn: Ritual Union, Little Dragon

All of those who know me know that I would cross the street to tell a stranger how much I love Robyn. Body Talk may actually be one of my favorite albums of all time. With that said, when I heard Ritual Union–the newest  from Little Dragon, I was pretty damn excited to have found what I consider to be a futuristic iteration of everything I like about everything Robyn’s ever done. Whew. Ok, enough hyperbole for you? Yeah, me too. Anyway, Ritual Union is an album full of pulsating dance beats featuring heavy snare, combined with smooth synthetic bass lines and of course, Yukimi Nagano’s beautiful, sultry voice. And while I don’t have it on repeat or anything, it’s perfect to play at the end of the night, when all your dinner guests have had a bit too much to drink, and some of them want to get stoned at sit on the couch while others just really need to have a freaky dance party . 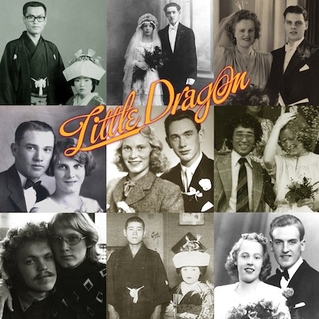 Best album of 2011 that almost makes me like Bob Dylan: Slave Ambient, The War On Drugs

I had heard Slave Ambient several times over the past months and didn’t think too much of it, considering all the attendant hype. However, after listening to a few of their terrific live performances on NPR’s “Sound Check”, I decided to revisit it and see if there was something I had been missing. And ok, fair enough, they’re pretty damn good. The songs do accompany arcane, poetic lyrics sung by a raspy-voiced front man, with a shit-ton of folky guitar melodies. This in and of itself makes them (to me) start to sound an awful lot like Bob Dylan tunes. I can’t really help it. And for those of you who know me know I would cross the street to tell some girl’s expensively-groomed chihuahua that I don’t like Bob Dylan.  But here’s the difference: each instrument including the vocals has reverb applied, as well as any handful of cool effects. This little aspect manages to transform each track from derivative (at best) into luscious, ambient and original. Amazing what a bit of creative thinking can do, no? 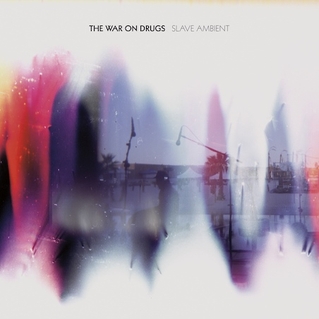 So this was really, really challenging. It’s basically like having to choose your favorite kid (not that I have any, but I imagine it would be an equally difficult task ). Anyway, upon much deliberation I decided to narrow it down to two. And I challenge any music lover to try and do better than that.

Ok, so first, Youth Lagoon: Who knew that some kid making songs in his bedroom would have such a substantial impact on the world of indie rock. And what makes these songs great is not that they are innovative, as is the case with much of the incredible Garage Band-made music these days, but rather the ways in which they sound like something you’ve heard a million times but can’t quite pin down. They’re nostalgically psychedelic, but simple and quiet at the same time. Trevor Powers’ voice is thin but powerfully resonate. The melodies are pedestrian but unique. The lyrics are about a childhood we can all relate to; yet somehow his words still give me pause. Every time I listen to Year Of Hibernation, I discover something new about the songs. They will put me simultaneously in a good and bad mood. And that, my dear friends, is one illustrious feat. 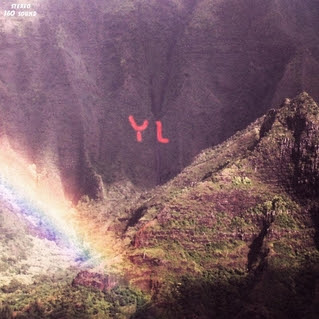 It’s rare that a band’s sophomore album actually surpasses their debut, but Father, Son, Holy Ghost manages it somehow, although I’m sure there are plenty of folks out there who would disagree with me. The songs range from excruciatingly slow guitar ballads to Beatles-esque jingles, which is a wide spectrum to cover, and speaks loudly to the band’s versatility. Christopher Owens is a pretty self-aware dude (being a Children Of God escapee and all), and he wears is heart on his sleeve, evident in lyrics such as “They don’t like my boney body/ They don’t like my dirty hair/ Or the stuff that I say, or the stuff that I’m on”, from “Honey Bunny”, which is a track that perfectly encapsulates the band’s sound: upbeat classic rock ‘n roll, underpinned by dark moody intimations (think Beck’s “Sun Eyed Girl”).  And this little fact alone will keep me coming back to these songs again and again, probably forever. 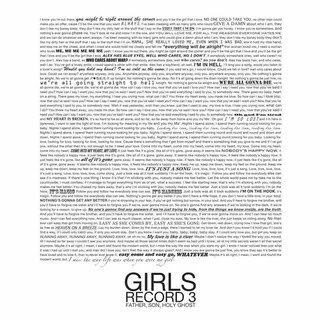 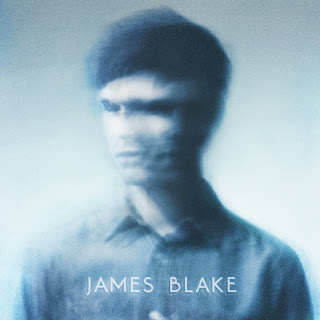 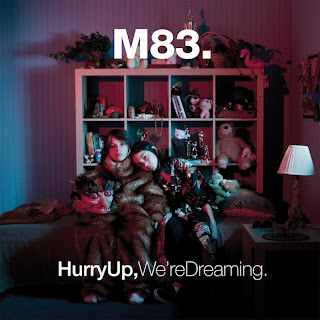 Well, clearly I could go on ad infinitum about  2011, but I figured I should leave the past where it belongs, and instead look toward what awaits us right around the proverbial corner. I’ll list a few albums about which I’m “stoked” (as they say in left coast vernacular), and then sign off, for now, with a lineup of shows I hope to attend. Who knows, maybe we can catch a few together…
xxo
Annie 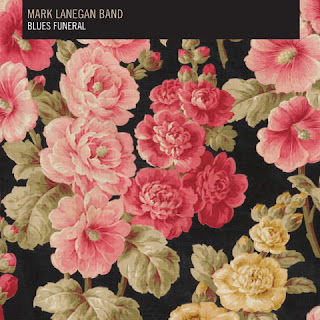 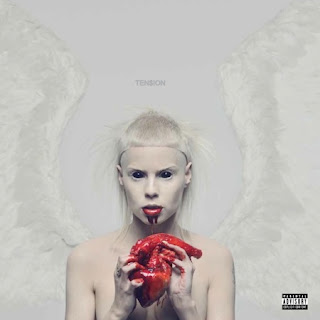 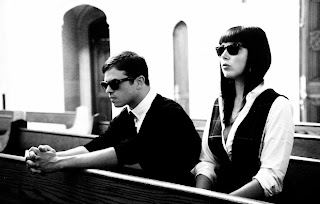 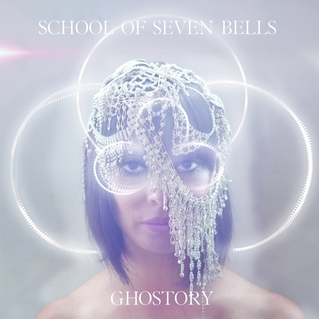 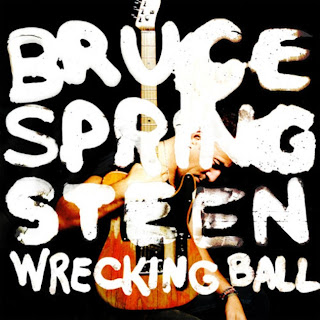 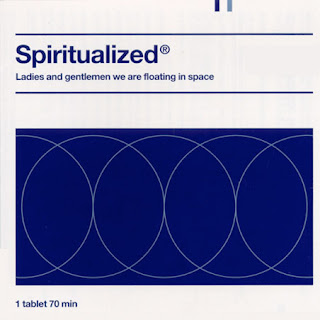 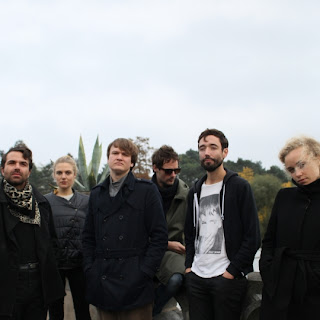 Where to track us down these days: