Spreadhouse Cafe is lit softly with rose-colored neon. A group of creative types gather around a table, excitedly talking about art, projects, new ideas, past ideas, failures and successes. There are about forty people here, but there’s only one computer sitting at the head of the table, and no one pays attention to it. Each person here is here for dialogue – IRL dialogue.

NOW WHAT??, a New York based collective of music industry professionals, has gathered this meeting of the minds at the Spreadhouse to start an honest conversation about what is next for the music industry. They’ve stripped away the social media grandstanding, the trolls, and the fake filtered photos of friends who #wokeuplikethis, and replaced it with a vulnerable experience of honesty they hope leads to empowerment in a new era of networking.

Gathering for the first time in 2017, artist manager Eliza Berse, music business woman Lilly Torres, and audio engineer Vira Byramji wanted to create a welcoming atmosphere to break down walls within the music industry through a unique, crowd-sourced question-and-answer forum. The three have known each other for nearly a decade, since attending SUNY Purchase together. One afternoon, while discussing some of the professional pitfalls they’d experienced, the three came up with an idea for a round table discussion, open to others who may be experiencing the same turmoil. They thought it would be a one-off production, but right from the get-go, attendees vocalized a desire for more. Since then, NOW WHAT?? has hosted over a year’s worth of events, each bringing new perspectives and dismantling the roadblocks that seemingly stand in the way of those looking to begin a career in the music world.

“We are opening up the floor to vulnerability and we are giving our audience the opportunity to be the leaders of the conversation,” explains Torres. ” I think that alone changes the dynamic of a regular kind of networking experience, where you are listening instead of being an active participant. So I think that is where we can empower people, and I think its rare to find that in New York.”

Usually, the events play out like this: someone poses a question to the group about the music industry – everything from how to market your music to how to find an engineer. The evening unfolds organically as members from the audience come forward with guidance, tips and tricks, or sometimes just the honest admittance of also having felt lost. The aspect of commiseration is a humbling one – NOW WHAT?? isn’t a place for know-it-alls, self-appointed experts, and especially mansplainers. Instead, the discussion breaks down both common and uncommon struggles by teasing out particular stumbling blocks in a supportive environment. The room buzzes with a sense of relief, inspiration, and hope that in an overly connected internet age that often leads to feelings of disconnection, we can still find spaces for honest vulnerability.

“I think what we also realized was how important it is for artists and creatives to have that space to even feel comfortable. We always open the conversation by saying, ‘There are no stupid questions – we want to hear what you’re afraid to ask because that’s where we are going to start,'” says Berse. “We are here to talk about the process because everyone can learn from that. I think just the comfort opens up the floor to some really nice conversation.”

We are in a time where pretty much everything across all platforms is changing. Older industry professionals have been media’s gatekeepers for so long, but the internet has disrupted all that, putting the means of production, promotion, and performing directly in artists’ hands – not to mention creating a proliferation of smaller management companies with a hard-working DIY aesthetic. But sometimes these processes remain opaque – if all that’s standing in the way of your music career is the limitations of your knowledge, NOW WHAT?? goes beyond networking to provide a blueprint for opportunities you might not have known existed.

“There is no map right now,” says Torres. “So everyone who is working in it is creating their own lane in one way or another.” Rather than keep their struggles and successes a secret, attendees have a chance to share them, pooling resources and ideas.

But the conversation isn’t open to just music professionals; surprisingly, NOW WHAT?? has also hosted yoga instructors, filmmakers, real estate agents and more. By opening their platform to unlikely members of the music community, they’ve built tangential relationships and discovered unusual ways for everyone to share their work. When the room is full of collaborators – on the same playing field or not – everyone has a bigger impact on the industry. 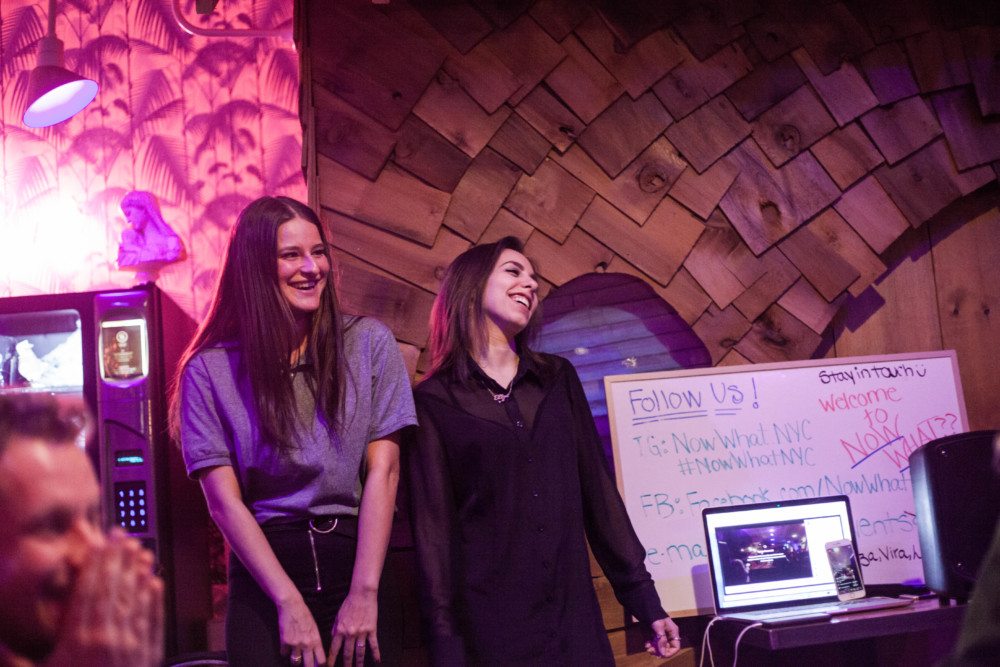 “I think the big theme is empowerment,”  says Byramji. “I think people get empowered, and then we get empowered, and it’s like a feedback loop. For me as an engineer it’s definitely been great – I have a much broader [understanding] of what happens after the song is done. I think the biggest thing, no matter what, is it’s been a huge boost of confidence. Not in a cocky way, but in a ‘we can get shit done’ way.” She adds that the simple act of inviting people into a room for NOW WHAT?? events even taught her how to be more vulnerable in her work as an engineer. While NOW WHAT?? is certainly invaluable to its community in terms of providing unfiltered knowledge, the curiosity that brought it into existence and the openness to try new things that it encourages has become a lifestyle choice for many of its devotees.

Like any other profession, there are many grey, unmapped areas in the music industry. But the women of NOW WHAT?? use their openness in a radical new way to demystify that uncharted territory. Here, in New York City – one of the largest epicenters of music in the world – these three women ask industry members to slow down, admit their discomfort, and reach out to their community to get the job done.

The next NOW WHAT?? gathering will take place at 7:30pm on Wednesday, February 13 at Spreadhouse Cafe, 116 Suffolk Street in Manhattan, with an afterparty at Beverly’s. RSVP here. 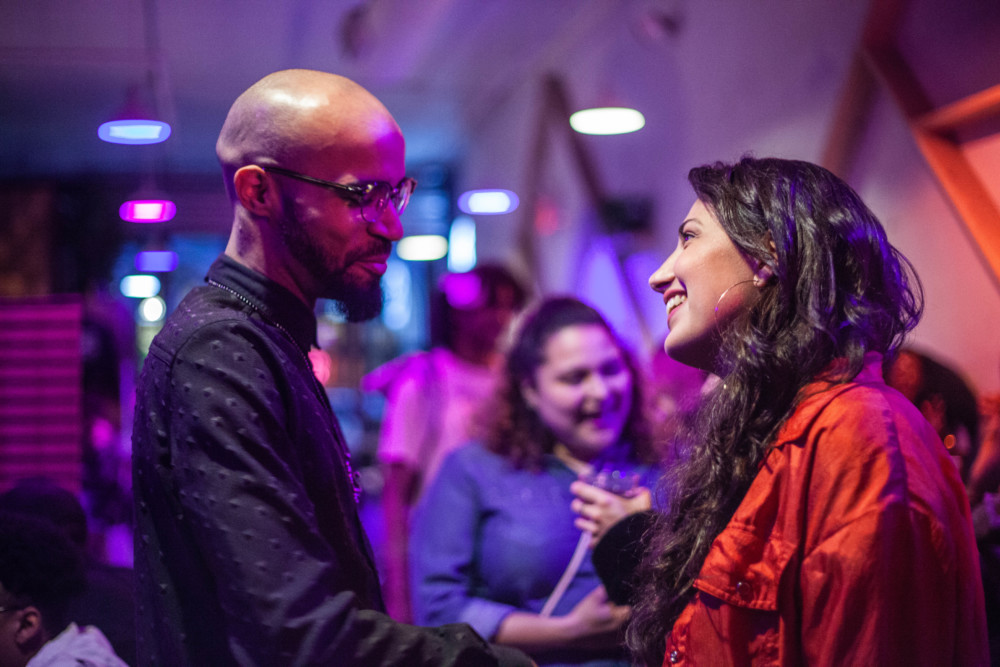