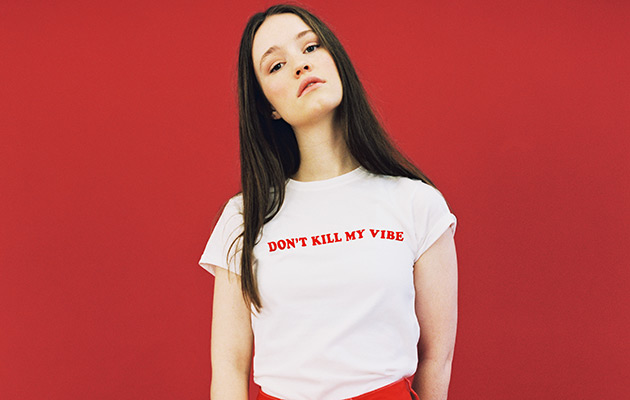 Within seconds of Sigrid’s “Don’t Kill My Vibe,” the Norwegian pop star has effectively communed with every woman in the world.

“You shut me down/You like the control,” she sings in the opening measures. “You speak to me like I’m a child.”

I’d be hard pressed to find a woman who doesn’t know exactly what she is talking about. Sigrid may be young (only 20, in fact), she may know her way around a catchy melody, and she may even be signed to a mainstream record label like Island – but she is no one to be trifled with.

“Don’t Kill My Vibe” is an anthem for anger and empowerment in the face of perpetual naysayers. It is an anthem that we unfortunately still need right now, as qualified, intelligent women like say, Senator Elizabeth Warren, are silenced and told to “take her seat” by a room full of white dudes. And they don’t mean Solange’s seat at the table – but a seat in the sidesaddle. A seat on the back of the motorcycle, which is so lovingly referred to as “riding bitch.”

Sigrid refuses to sit down, let alone sit down and shut up. Instead, she refers to throwing herself from once frightening heights, and intones with a delicious wattage of snark:

“You think you’re so important to me, don’t you?”

Whether you’re belting this in the kitchen after a breakup, cursing your boss at your cubicle, or persisting on the Senate floor, “Don’t Kill My Vibe” is a perfect battle cry. At once uplifting, liberating and furious, this is a pop ballad with bite. From its snapping drums and moody vocoder, to Sigrid’s raw, emotive vocals, “Don’t Kill My Vibe” makes it hard for me to keep my hands down – because they want to be fists in the air.

Check out the trippy lyric video for Sigrid’s “Don’t Kill My Vibe” below: