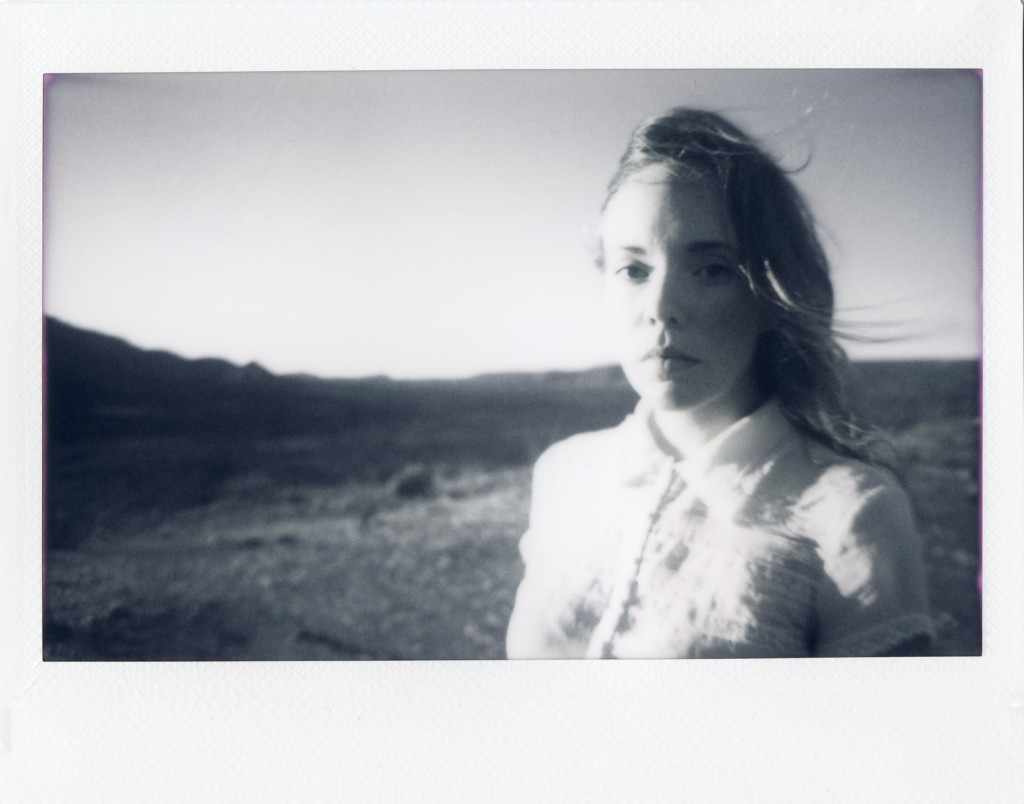 I saw Elli Perry for the first time in 2010 or 2011 (back when Brooklyn seemed to be at the height of its chillwave/synth-pop ’80s revival), wailing her lungs out with an acoustic guitar. I was too insecure and intimated to start a band, feeling surrounded by pretentious dudes who only listened to whatever had the Pitchfork stamp of approval. My pretty artist boyfriend-at-the-time brought me to this small loft party where Perry may have just have spontaneously picked up the guitar and I couldn’t be more thankful. Her authenticity and powerful voice filled me with a feeling of relief that there were inspiring women in Bushwick who could express themselves at any time, without inhibition. Her new intimate and bluesy number “Without You,” from her EP Totality, captures this magic totally. Her performance encompasses a swaggering attitude that reflects her spontaneity and freedom balanced with a sweet vulnerability.

Perry has long since left Brooklyn and currently lives in an RV in the southwest with her husband, allowing her to tour the country non-stop. Totality was recorded while camping out in her friend’s living room in Collins, CO inside of a blanket fort with one microphone. The EP as a whole is a prime example of how much power she can harness in her vocal performance alone by utilizing such a minimal set up. Totality comes on the heels of her second record, which included members of Deer Tick and My Morning Jacket as collaborators. We had a chance to chat with Elli Perry about her nomadic lifestyle and what happens when you accidentally cross the Mexican border without a passport.

AF: Can you give me a brief synopsis of all the places you’ve been to and important experiences that have happened since the last time I saw you in Brooklyn?

EP: I moved out of Brooklyn in the spring of 2011. Since then, I’ve lived in New Orleans, in an adobe geodesic dome on a mesa outside of Taos NM, in Fort Worth TX, on an island off the south coast of Georgia, in a small stone cottage in the French countryside, in a wallless shack on the Nicoya Peninsula in Costa Rica, for one very long year in Nashville, and in more Walmart parking lots, public lands, and random driveways than I can count since moving into our RV in February of 2017. Some of the moments and experiences that stand out from those years and places are dancing in Mardi Gras super parades with the carnival krewe I was a part of while living in New Orleans; getting a crash course in self-sufficiency while learning how to homestead, grow my own food, maintain a composting toilet, and other such things that come along with living off grid; getting a divorce; touring 200 days a year for multiple years on end out of my beat up Nissan Cube; lying on the floor of a bistro in the 10th arrondissement of Paris the day after the 2015 terrorist attacks, during the midst of what was thought to be a second attack (but was fortunately a false alarm); recording to tape for the first time while I was tracking my last LP Little Thieves in Nashville; meeting my husband, who I married during the total solar eclipse in August of last year; renovating our RV together; experiencing the kind of confidence and peace that comes from knowing you are making art you truly believe in; and adopting our dog, who is the weirdest creature in the world and my best friend.

AF: 2017 looks like it was an incredibly momentous year for you! How have your performances, creativity, and songwriting evolved over the year?

EP: 2017 was as humbling as it was momentous for me. I had taken several years off from touring and releasing much music, as I had gone through a dark season in my personal life, and needed a lot of time to write and release my last record. By the time it came out and I was back on the road promoting it, I had changed so much that I kind of had to relearn how to be a performer and how to tour. I had gotten sober during those years, which really blew the doors open on my creative output. I can’t overstate the impact sobriety has had on both the quality and quantity of my artwork. But I also had to figure out how to get on stage and then talk to people afterwards without a drink in my hand. That was a challenge, as someone who deals with social anxiety, and who is also front and center by herself all the time – I don’t tour with a band, so there’s no one else who can help be my buffer or take up some of that interactive slack with the audience. I’m also touring with my home, husband, and dog with me now, which is about as different as can be from road-dogging it out of a car and living in motels or sleeping on air mattresses in the living rooms of strangers. But once I started to work out the kinks of those new logistical elements, it ended up being one of the most powerful creative periods I’ve ever experienced. Releasing a record that I had spent so much time on cleared up vast stretches of mental real estate for other creative work. I’ve grown a lot as a writer, and my writing process has changed significantly. I’m also a visual artist, which was something I concentrated on a lot last year. I painted all of the artwork for my last album packaging, and collaborated with my husband on the artwork for this EP (he’s a photographer, so we spend a lot of time working on projects together). I decided to make Totality about halfway through last year, and was chomping at the bit to get into the studio by the time I was able to actually plop down and record it somewhere. I’m about halfway through writing my next LP, which I plan to record later this year. Suffice it to say, 2017 left me with a lot of inspiration and drive.

AF: How did you come to the decision to move into an RV? How did you find your RV, does it have a name and what is your favorite RV-related story that’s happened so far?

EP: I started thinking about buying an RV after establishing the release date for Little Thieves. I didn’t want to be away from my husband for months on end, we didn’t like where we were living nor did we want to keep paying an exorbitant rent to be there, and I knew I wanted to tour differently than I had before. As you know well, road life burns you the fuck out. I just didn’t want to go through that again. The idea of being able to cook my own dinners and crawl into my own bed after shows sounded very appealing. I started obsessively scouring online sales listings, and finally found our rig in Savannah, Georgia, about an hour from where my parents live. It is named “The Turtle.” We gutted and renovated it ourselves – that was a story and experience in and of itself. Apart from that, my favorite RV story is no doubt when my husband accidentally drove us into Mexico without passports, and we were detained by Border Control while they searched the RV with dogs for nearly an hour. They were so convinced that two people who look like we do, who “accidentally” crossed the border were packing something illegal. We weren’t. Stress and subsequent hilarity ensued.

AF: After creating a super-polished full length record and a more bare-bones EP, which recording experience did you enjoy more and what do you think you would like to do next production wise?

EP: I loved both recording experiences equally. For all their differences, they share two significant commonalities. First, they’re both projects I was immensely proud of, and material that I really needed to get out of my head/heart and into the world. Second, and probably most importantly, both were collaborations with my friends. The musicians who played on these two records are folks who I admire to no end, and they also happen to be people I love. You can’t ask for much more than that when bringing a record to life. I will say that from a technical perspective, I far prefer analog recording to digital. For the next record, I hope to marry the two experiences by bringing together collaborators from both projects. Adam Landry, who produced Little Thieves, is such an amazing friend, and is my guitar guru. Bryan Gibson, who played cello on Totality and mixed the EP, is one of my oldest musical mates. We’ve been playing together since I was a teenager. Getting those two in the same room together would be a dream. The next record will be full band again. But I’ll probably follow it with another stripped down EP for the hell of it. I don’t want to have to choose one approach or the other. And I certainly don’t want to ever go three years without releasing a record again! That shit is for the birds.

Listen to the full Track of The Week Playlist below…