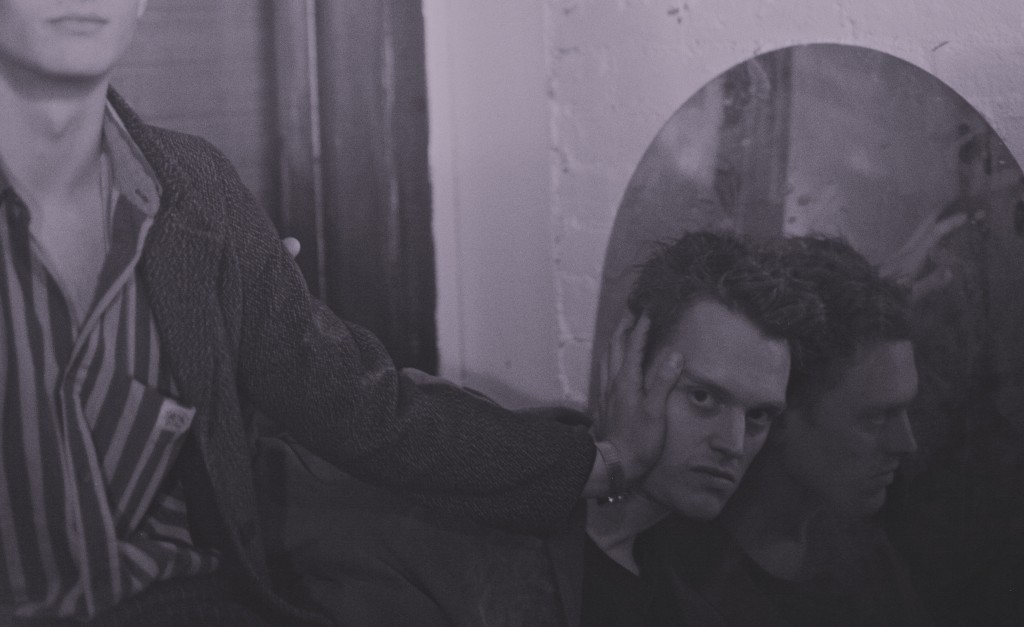 Few people can boast the creation of 11 studio albums by the time they’re 28.  Quebec’s own Sean Nicholas Savage, who will officially enter his late twenties at the end of the month (happy birthday Sean!), absolutely can.  What’s even more impressive than the sheer volume of Savage’s output is that he’s only been recording since 2008.  As a prolific staple in the Montreal indie scene, Savage has been represented by Arbutus Records (home to Grimes, Doldrums, and Blue Hawaii) for the last five years, and hasn’t wasted a moment since his initial signing with the label.  Following 2013’s Other Life LP, Savage releases Bermuda Waterfall on May 13th, and I suspect he’s already churning out new ballads for the next record.

“Empire” is the vulnerable core of Bermuda Waterfall.  A sorrowful track that bridges contemporary minimalism and eighties sentimentality, it is the kind of song that multiplies its infectiousness exponentially with each play.  Commencing with the twinkling chirp of keys, a patient but weighty bass line, and an unobtrusive snare beat, Sean’s clean voice chimes in with the darkly romantic phrase “We held each other in the empire of hate” that quickly comes to characterize the narrative.

His vocal style is one that is so familiar it’s impossible to recognize where you’ve heard its doppelgangers.  On the higher end of the audible spectrum, it glides between trembling, shrill, and soft with genuine ease.  This is a sensitive singing niche-one that could be butchered with cheesiness were it attempted by another artist.  That isn’t to say schmaltzy music hasn’t influenced the song; easy listening and corporate muzak rush to the mind’s forefront when hearing “Empire” for the first time.  It certainly has its roots in mid-80’s sap rock, but it subdues those elements to the most tasteful degree as opposed to satirizing them.  What could have been rendered ironic is instead painfully sincere, a quality that marks all of Savage’s music.  He writes as if meekly exposing a raw wound to a wolf pack, wincing and hoping for the best.

Isolation is another recurring feature in the annals of the artist’s recording history, and there is no shortage of it on this track. It is just too perfect that as he sings the line “Kissing myself, holding myself / As if you were, somebody else” he’s harmonizing with himself.  This kind of lyrical/formal continuity reflects the skill set of someone who’s been writing music as many years as Savage has been alive.  Likewise the thematic desolation of his words compliments the sparseness of the song’s composition beautifully.

Savage is the kind of songwriter who has the ability to sate his listener while still inspiring a gluttonous hunger for more – kind of like watching butter settle into hot toast and spreading on three layers more, despite having plenty in the first place.  Given the combination of his talent, youth, and compulsive need to create, I expect to be slathering on much more of Sean Nicholas Savage in the near future.

Check out “Empire” below: