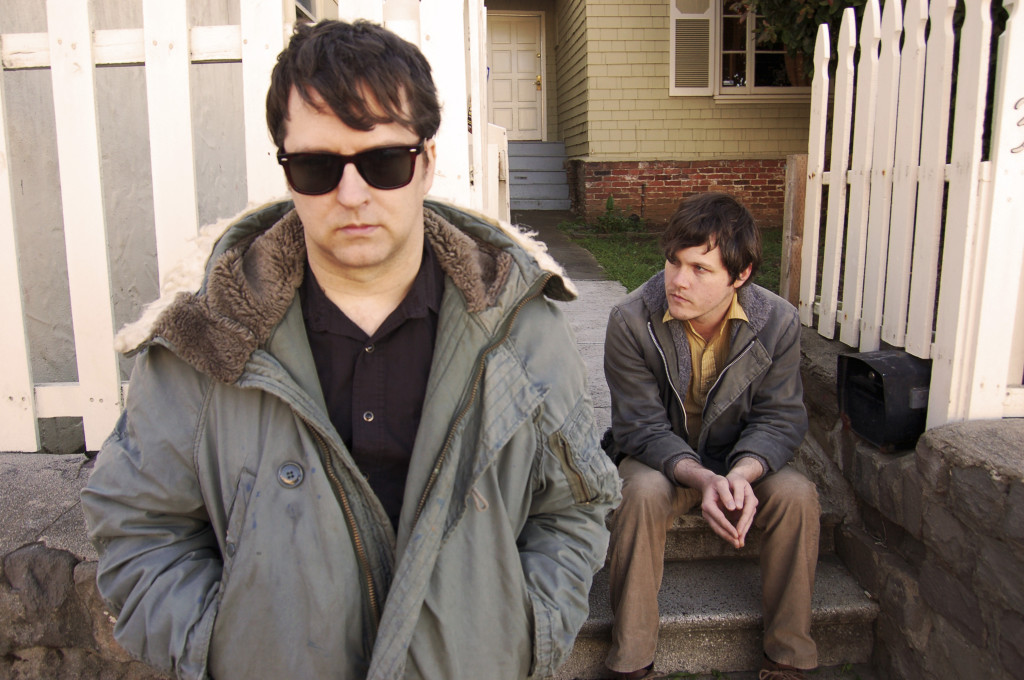 Longtime acoustic guitar mavens Ben Chasny and Donovan Quinn have joined forces as New Bums, complete with a full-length record, Voices In A Rented Room, in the works. Although apparently the pair didn’t like each other very much in the beginning, Chasny and Quinn have quickly solidified their twelve-strings-and-the-end-of-the-world style, as evidenced by this desolate, plodding single off Voices.

Gloriously morose and tempered with some sprinklings of upper-register piano key flourish, “Black Bough” moves steadily through its four and a half minutes. Equal weight is given to Elliott Smith-style, eerie vocals and the festering slow burn of the bluesy bass line. It’s not so much catchy as it is commanding—the kind of song that slows down the pace of your whole day—and a strange choice to open a debut album: New Bums don’t demonstrate any desire to make a big splashy entrance, choosing to dive right into the dark stuff instead. However, the very understatedness of the opening track stands out more than a showier—more expected—debut might. Personally, I can’t wait to find out what kind of album comes after “Black Boughs.” But wait I must, until the album drops on February 28, 2014. Until then, listen to “Black Boughs,” off Voices In A Rented Room, below via Soundcloud: