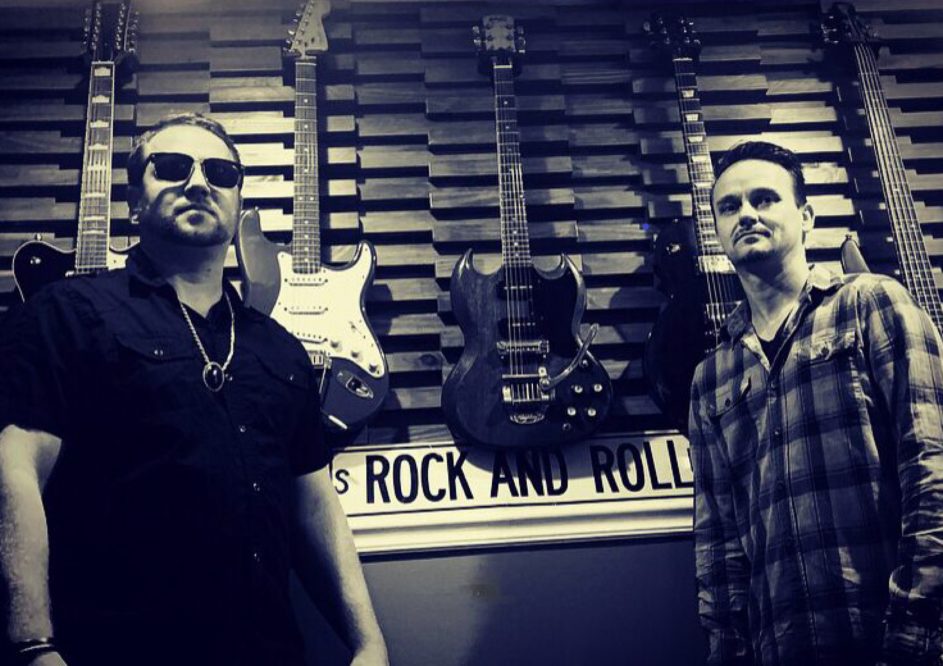 Global warming, nationalism, consumerism, addiction… the human race is having to address its own greed head on. Brothers Wade and Robin Divver formed The Endangered Species as an act of activism, the music becoming a pathway to speak their minds and encourage others to fight back. It’s also, in many ways, a tribute to their heritage; their parents were in a band of the same name, and the brothers not only inherited their appreciation for music, but also their parents’ gear, already emblazoned with the moniker. Nearly eight years in the making, their debut self-titled album arrived in October, and now they’re premiering a video for one of its most urgent tracks, “A Thousand Years Away.”

The music video parallels the song’s somber lyrics (“Don’t take for granted all that you have/You’re living today as if there’s no tomorrow/If that’s what you want, that’s what you’ll have/Children will be born into a land of sorrow”) with stark images of children covered in ash, bombs exploding in the distance, polar bears trekking across melting ice flows. The brothers ask the listener to “save a life a thousand years away,” an idea that may seem foreign to those who think the world may end any day now (not to mention those who insist that climate change is a hoax, often to further corporate profits). In that regard, “A Thousand Years Away” is a challenging message, one that asks people to really look into the future and imagine what happens if we continue to use and abuse our planet.

Watch “A Thousand Years Away” and read our interview with Wade Divver below:

AF: You were both raised on Rock & Roll Road in Hereford, Arizona. What kind of music did you both grow up listening to?

WADE DIVVER: You know, the good stuff: Bon Jovi, Bryan Adams. No, seriously… my older brothers will never let me live down the CD with the giant jeep tire on it (So Far So Good). Outside the adolescent choices of music, the influence of endless stacks of records and cassettes from all classic rock artist from Led Zeppelin, Lynyrd Skynyrd, Aerosmith, Bob Marley, Santana, Doobie Brothers, Allman Brothers, Elvis, John Lee Hooker, B.B. King, Hendrix, Bob Dylan, anything and everything. Coming from a large family, there was always new music being brought to the speakers. Our older brother Jasper worked in a record store in DC and was always the first to hear bands like Primus, Tool, Rage, NOFX, Clutch, and the list goes on. Music is the universal language of the world. No matter where you are; the beat, the vibe, the words, the heart, it makes everyone’s foot tap eventually.

AF: The Endangered Species is a project born out of tragedy, founded eight years after your father’s murder. Was the music a kind of slow boil created over years or was it a sudden creative spurt?

WD: My father’s death is an inspiration to carry on after tragedy, but not the motivation behind the music. My family has always been musical. There is a baby picture of my sister sleeping in a kick drum. Sure, a few songs are dedicated to the issue and the event; however, the rest of the music is far more in depth and less entwined with our personal past. Injustice, inequality, ignorantly blissful people, government corruption and corporate greed are some of the more underlying issues in our music. Some of the songs are heartfelt and emotional based on recent episodes in our current situations. To say that my father’s death was the motivation is not the case, simply a reason to rise above the hate that one may find themselves dealing with and want to direct it outward, but to rather turn that energy into something more meaningful.

AF: How do you write together? Does one person take the lead on lyrics, one person on the melody or do you trade back and forth?

WD: Robin and I are very similar in our styles of music and choices of tone and vibe. Some songs are true collaborations. In some songs, one of us is more of a supporting role and will play the bass, back up rhythm, or some vocal support. For example, on “Sleepless Nights,” Robin completely wrote the song independently; however, the bass line I wrote to compliment it, and it became synergy. Our debut album is more so a back and forth support album. I would write a song, Robin would write a supporting rhythm and/or play the bass as he does on “Widow’s Son,” really solidifying the deep and dark tone of the song. The song “Mirror on the Wall,” Robin plays minors to my rhythm while Casey Higgins executes our lead guitar playing. Lyrically, isolation is my best medium, and situational frustrations typically motivate my content. I feel Robin has more heart in his lyrics. He will find himself isolated late at night, inspired in the witching hours to not sell his soul to the devil at the crossroads and will touch on his soul to inspire his in-depth lyrics. I also feel he draws more off our father’s death than I do, however the impact of the incident on a twelve-year-old is unmeasurable. I’m his number one fan and hope to be a part of every project he puts forth.

AF: Tell us about the writing process for “A Thousand Years Away.”

WD: “A Thousand Years Away” was inspired by frustration. Every day all we see is our lovely impact on the world: war, hate, death, greed, consumerism. We are such parasites. We need to have a symbiotic relationship with the only viable planet that we know of. We have inherited heaven and we are turning tomorrow into hell.

AF: Was it difficult writing about a subject as depressing as global warming?

WD: The song is about more than global warming; that’s just one effect to our horrible human cause. It’s about our lack of care as humans. It’s about our inability to see through the governmental lies sold to us through media and educational institutions. Only a few get to enjoy what we call life anymore. Sure, it’s what you make it; however, the pain of having eyes that see through the bullshit, you find yourself motivated to write about the darkness hoping to find a light at the end of the endless tunnel. Our impact is far larger than global warming. We are the only species paying to live here, killing each other over useless consumer goods and resources, fueling obsolete technologies. Overconsumption in the name of corporate greed. Sold the lies of what we need. In the words of Tyler Durden, “You are not your wallet and you are not your fucking Khakis.”

AF: How do you keep yourselves mentally and emotionally healthy while tackling such heavy material?

WD: I personally feel it’s my job. As Edmund Burke once said, “The only thing necessary for evil to prevail is for good men to do nothing”.

AF: What music are you both listening to nowadays? Any new bands we should keep an ear out for?

WD: As mentioned earlier all music is good. However, I feel music has lost a lot of content and meaning. I listen to the words of what’s out there, especially in the mainstream, and wonder how the hell are these people getting paid to spout this crap and sell this on the waves. What has the industry become? The Endangered Species wants to change that, [to make] music with meaning, music with heart and soul. Not music mass produced, cut and spliced to fit a time slot on Cumulus radio to meet the demands of huge corporate music gods. Unless, of course, they have a time slot for us – then long live the beast, we will drink the Kool-aid.

AF: What do you hope the audience takes away from an Endangered Species show?